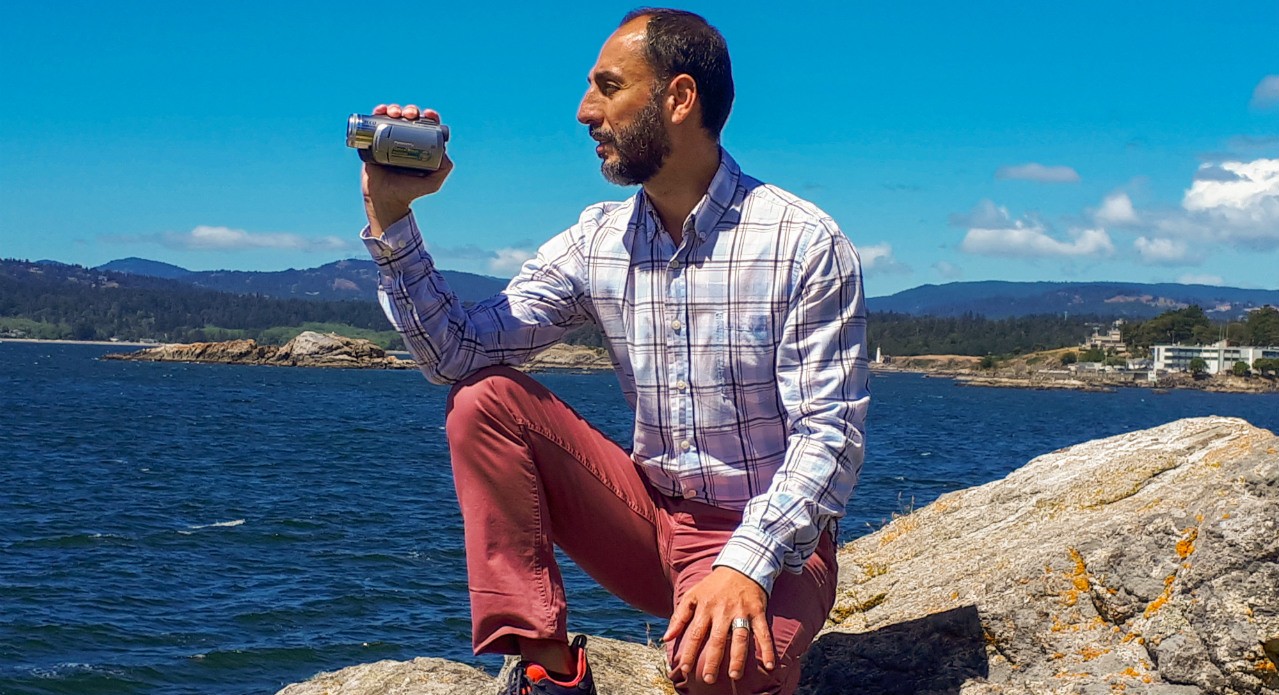 Bahaa Harmouche, who describes himself as a "social designer," used the power of filmmaking and digital media to create social awareness and empathy for people living with HIV. (Photo courtesy Bahaa Harmouche)

Bahaa Harmouche was born into war. In the year of his birth, 1975, Lebanon’s civil conflict began to rage. His father and uncle were kidnapped when he was just six years old, never to return.

Harmouche passed most of his childhood in Beirut shelters until the war ended in 1990. And if the constant threat of bombs wasn’t bad enough, he was growing up gay in a culture with precious little tolerance for it. But he managed to graduate successfully from high school, and studied communication arts at the Lebanese American University.

"Being there at that time and being a minority myself, I took the opportunity to express myself and come out to my friends,” he said. “It helped me shape my sexuality and build confidence.

“I sought refuge in art. After the war we were all trying to seek something hopeful in our lives," he said, imagining a brighter future instead of simply succumbing to the shattering losses.

As an undergraduate he studied radio, television and film with a theatre minor, eventually making a personal film about the very paradox that consumed so many in his country—remembering the past without being trapped by it. An emotional exploration of his own family’s survival, the film screened at the Beirut International Film Festival and was nominated for an award.

It was his first taste of the power of art to shape social discourse. After travelling to England for a master’s degree in design and digital media, he worked at advertising firms in Saudi Arabia and in Cairo, Egypt, where he served as a creative director.

But it was after he married a Canadian man and moved here that Harmouche had his next life-changing revelation. He began a master’s degree in graphic design at the U of A, where he encountered the concept of “social design,” or using one’s skills as a visual artist to influence thinking around a social issue.

"It was fantastic,” he said. “It was a turning point in my life in terms of trying to find my voice in a culture that's not mine. At the same time, it shaped me to become a better version of me."

For Harmouche, what seemed most urgent was the stigma of HIV among youth in his home country.

"It's already a double stigma, since first you're a minority within the macro society, and within the micro society youth are stigmatized for being HIV-positive,” he said.

“It comes from the lack of education and judgment we have in our gay community.

The problem is, how do you create empathy for these youth in a way that effectively eradicates such stigma?”

For his master’s project, he collaborated with an NGO called Proud Lebanon, an organization that supports youth with HIV. Supported by the Faculty of Arts, he designed a youth workshop for six weeks in Beirut, working with six participants and meeting with them every week to guide them in the visual presentation of their own stories.

“Working as a teaching assistant in the U of A’s design department helped me build trust in myself as a facilitator, and allowed others to trust me."

That capacity for building trust was everything when he started working with youth in Beirut, he said.

“But I was just the facilitator. They wrote their own video scripts and shot them, some using mobile phones, with both photography and video. Then they edited the videos, sharing their stories about what they were feeling and dealing with."

'Acceptance' is one of the video projects Bahaa Harmouche facilitated with youth workshop members in Lebanon for his master's degree.

The videos were screened at a public event, dispelling misconceptions and sparking dialogue about a plight many Lebanese find hard to talk about.

“They tried to communicate, for example, that when people with HIV take their medication, they cannot transmit the virus," said Harmouche.

Last fall he brought the group’s work to the U of A’s Fine Arts Building Gallery, where the exhibit impressed viewers with its raw power.

Now that he is graduating, Harmouche said he wants to remain on this new path, using social design to help others imagine a better world. He has recently become involved with a project helping African-Canadian LGBTQ women speak out against the stigmatization they face in their own communities.

He credits the U of A with waking him up to his true calling.

"I had the best supervisors, honestly, and everything happened organically. This process changed my whole research purpose and has opened doors for me."