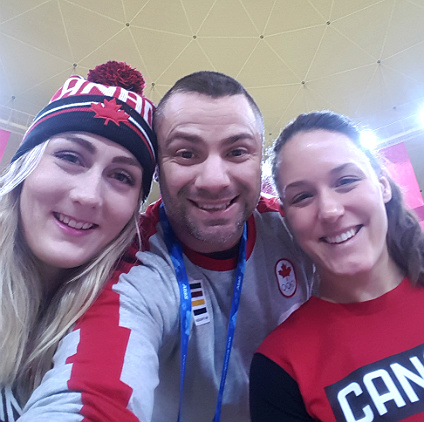 Five of 19 members of the 2018 Canadian bobsleigh team are former UAlberta athletes. 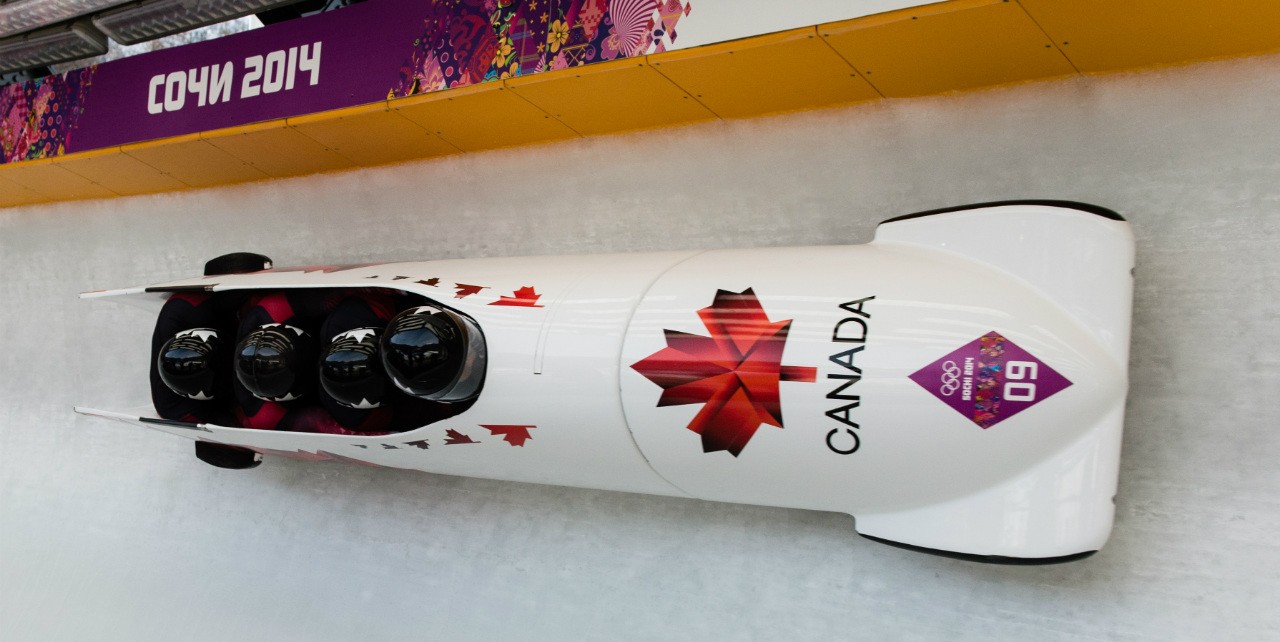 A virtual pipeline from the Butterdome’s running track to the national bobsleigh course in Calgary has been filling Canadian Olympic-bound sleds for over a decade, and 2018 might be the best year yet.

Five former U of A athletes—Neville Wright, Bryan Barnett, Christine de Bruin, Melissa Lotholz and Alysia Rissling—who make up more than a quarter of the entire Canadian bobsleigh team—are donning the red and white to blaze a path to Olympic glory during the bobsleigh events in PyeongChang.

Central to this connection between the U of A and the national bobsleigh team is the relationship between Quin Sekulich—a former U of A strength and speed coach who began exporting his expertise, as well as a few varsity athletes, to Bobsleigh Canada in 2006—and current U of A track and field coaches Wes Moerman and Rob Fisher.

Sekulich, who graduated from the U of A in 2000 with a bachelor of physical education in sport performance, began working as the Golden Bears football speed and strength coach in 1999 after an injury curtailed his career as a varsity long-jump competitor.

“My own athletic career was cut short due to injuries that never allowed me to reach my full potential or achieve my own athletic endeavours,” he said. “I learned much from my mistakes in training and actually took something positive out of those years. I’ve basically used my own athletic failures to help develop my training philosophies.”

In 2003, Sekulich was officially brought into the U of A’s track and field fold as the team's sprints coach. And while coaching next to U of A track coaching mainstays such as Marek Glowacki, Sekulich's coach, and former Olympic shot put standout and onetime bobsleigh competitor Georgette Reed, Sekulich’s connection to bobsleigh was through his former speed and strength coach, Ian Danney.

“Our entire training group followed bobsleigh because our coach was competing in it,” said Sekulich of Danney’s sled career, which included a trip to the 1998 Olympic Games in Nagano. “That being said, it was actually common for track and field athletes or football players to transfer into bobsleigh because of their speed and power.”

In developing a training philosophy that emphasized quality of work over quantity, and to always err on the side of caution, Sekulich watched U of A athletes shine during his time. From 2003 to 2008, the track and field team never finished worse than eighth nationally, including a third in 2006, the same year they finished tops in Canada West.

In 2005, Sekulich saw the raw sledding potential in former Golden Bears football running back and 60-metre sprint standout David Bissett, and made the call to Bobsleigh Canada.

Bissett was a natural and qualified for the 2006 Olympics in Turin. He would later go on to qualify in the four-man bobsleigh at the 2010 Vancouver Olympics and 2014 Sochi Olympics, landing on the podium with a bronze medal in 2010.

Two years later, Sekulich sent Bobsleigh Canada U of A sprint star Jenny Ciochetti, who also thrived on the ice, eventually helping push Kaillie Humphries’ two-woman sleigh to a 2012 World Championships gold medal, before piloting her own rig at the 2014 Sochi Olympics.

With the success of Bisset and Ciochetti on his resume, Sekulich was offered a position with Bobsleigh Canada as the speed and strength coach as well as an assistant push/starts coach. He began travelling with the team in January 2007, eventually taking over as the lead starts and strength coach late in 2008. Sekulich bid a fond farewell to the U of A in 2009.

The success of Canadian bobsledders during Sekulich's time as part of the coaching staff has mirrored his success at the U of A. Since Vic Emery piloted Canada to gold at the 1964 Olympics in Innsbruck, Austria, Canada won only two more bobsledding medals up to the 2006 Games. In 2010 alone, Canadian bobsledders took home three medals and added another at the Sochi Games in 2014.

“My (training) philosophy definitely did not mirror the philosophy of Bobsleigh Canada at the time, but I was given a lot of freedom to train the athletes how I believed was appropriate. This is now the fourth winter Olympics that I’ve been preparing bobsleigh athletes for, and I believe the program has bought in to my philosophy—otherwise I probably would not have been kept around this long,” laughed Sekulich.

All told, the U of A has sent 10 athletes to Bobsleigh Canada during Sekulich’s tenure, six of whom were groomed at the U of A by Sekulich himself. Two more—Christine de Bruin and Melissa Lotholz—owe some of their Olympic success to Rob Fisher, longtime track and field sprint coach and one of Sekulich’s former athletes.

“When Quin moved to Calgary, I came on as the sprint coach at the U of A, and over the years he and I have maintained a very close relationship and a very good recruiting pathway,” said Fisher. “I think that is why, when Christine and Melissa’s track and field careers were coming to an end at the university, there was a natural transition to bobsled.”

As far as what Sekulich, Fisher and Moerman look for in the next bobsleigh standout, the sprints are still king.

“Many people think you need to be big and strong for bobsleigh, which is true to an extent, but it’s a velocity sport measured in time and speed,” said Sekulich, adding many of the top athletes in the sport have to run between 4.2 to 4.4 seconds over 40 yards for men (equivalent to the fastest professional football players) and 4.6 to 4.9 seconds for women.

“It’s much easier to make an athlete bigger and stronger than it is to make them faster, especially if they need to gain 20 pounds or more. That’s why I look for speed qualities first, and then size and strength after.”