For writer Chelsea Vowel, speaking out against racism was a conduit to a powerful online community known as ‘Native Twitter.’ 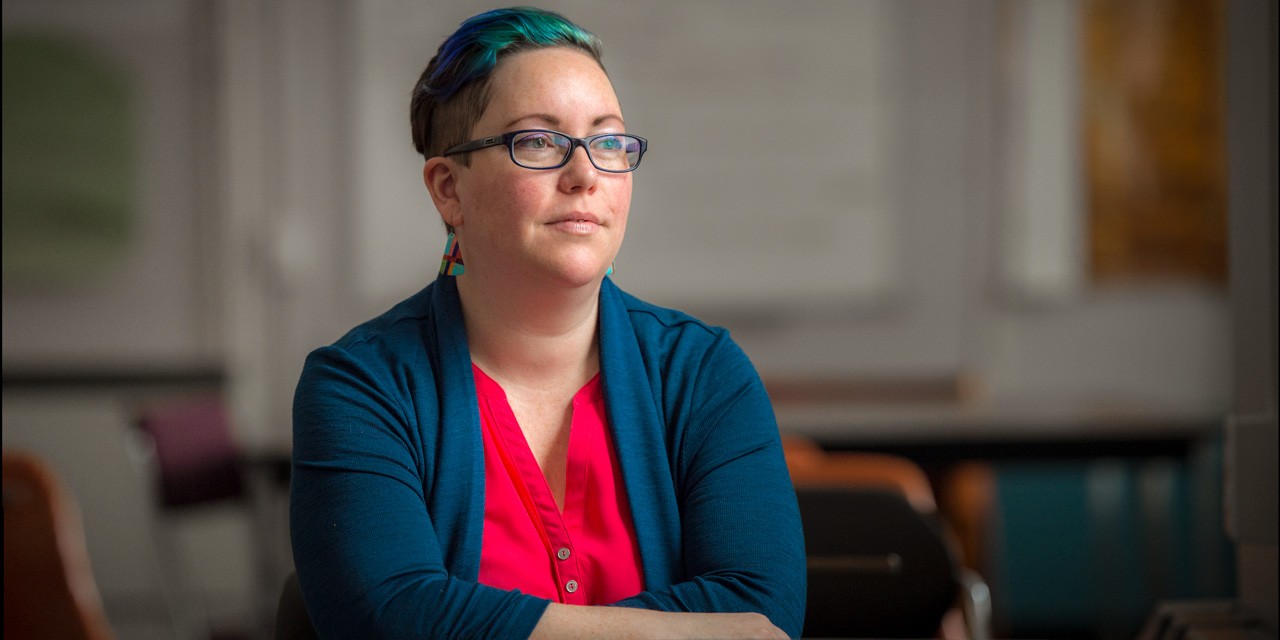 Chelsea Vowel has emerged as a powerful voice on Indigenous issues as a blogger, podcaster, author and Twitter influencer with more than 25,000 followers. (Photo: Richard Siemens)

When Chelsea Vowel was following the news about the housing crisis in Attawapiskat in November 2011, she felt compelled to respond to the ignorance and tide of racism she was reading in the comments section. She published a post on her blog, âpihtawikosisân, breaking down the issues surrounding federal funding for the Ontario reserve.

Her post quickly—and unexpectedly—garnered thousands of comments. It was reprinted in the National Post, and the Huffington Post came calling, asking Vowel to blog for them.

“All of a sudden, I had this huge accidental audience,” said Vowel, a teacher and lawyer who is completing a master’s degree in the University of Alberta’s Faculty of Native Studies.

It was the beginning of her ascent as an influential and powerful voice on Indigenous issues.

After her post went viral, Vowel continued writing articles on Indigenous issues for her blog and other publications, but she also started exploring other means of online communication, including joining Twitter.

These days, she has more than 25,000 followers on the social media site and her account is verified, meaning she has a blue checkmark beside her name that Twitter says lets people know that an account of public interest is authentic.

Vowel likes that Twitter enables her to curate her news and the sources she gets it from. She said she gets Indigenous content faster than any other news outlet can provide it, from a variety of communities.

“The best part is that you have access to such a wide range of people with different expertise. So you create this community of academics, artists, just regular people in the community, politicians, activists, so many different people that don’t necessarily talk to each other very often,” she said.

She credits Idle No More for creating the community through different social media outlets.

“I feel like other communities have had things like that before, but this is the first time that it’s been that widespread for Indigenous people, and it’s been incredible,” she said.

This confluence of Indigenous voices speaking on Indigenous issues in one location has been termed “Native Twitter”: a place where Native people, historically underrepresented in mainstream media, can come together and amplify each other’s voices, drawing attention to issues that otherwise might not get much consideration.

Take, for instance, the controversy surrounding Joseph Boyden’s ancestry. Questions first started being raised about his claims to First Nations heritage by Indigenous writers, thinkers, academics and journalists on Twitter, which led to an investigation by APTN. From there the story was picked up by outlets like The Globe and Mail and the CBC.

But Native Twitter is about a lot more than exposing problems.

“There’s more critique, but it’s not lateral violence, it’s not calling each other down, it’s ‘is what you’re doing actually helping?’

“So we question and hold each other accountable in these ways,” she explained.

“For me it’s been amazing. Because it’s created space for so many people to write and do art and theorize that wouldn’t necessarily get those opportunities before because they weren’t in the right spaces, and now there is no right space.”

Vowel blogs under the name âpihtawikosisân. This, she explains on her website, literally translates to “half-son,” and is the name the Cree have given to the Métis.

“I chose the name to reflect the fact that I am coming from a Métis perspective,” she said.

In addition to her blog and Twitter activity, Vowel co-hosts the podcast Métis in Space with fellow U of A grad student Molly Swain. She is also the author of the book Indigenous Writes: A Guide to First Nations, Métis & Inuit issues in Canada.