How a ‘required to withdraw’ turned one student’s fortunes around

When Levi Gordian got a second chance at success in university, he found his passion and rediscovered his own potential. 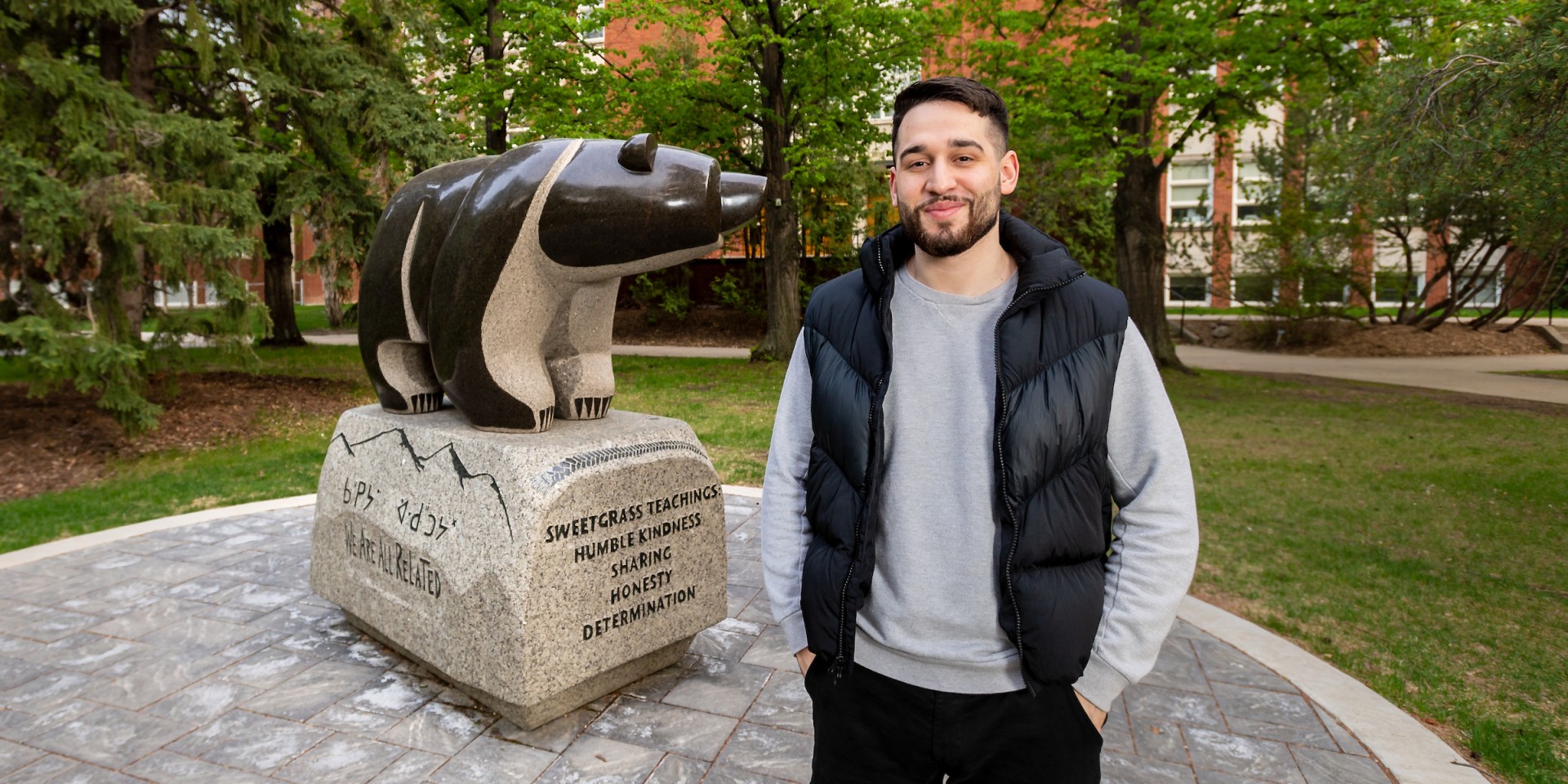 Levi Gordian came back from the brink of leaving university to earn straight As and a degree in Native studies. Now he will pursue a master's in public health, with hopes of working at Vancouver's Insite or back in his community in Alert Bay. (Photo: Richard Siemens)

When Levi Gordian was required to withdraw in the middle of his third year of university, he wasn’t surprised.

Struggling with his own mental health, the Native studies student was feeling the financial pressures and loneliness of living on his own for the first time, and dealing with the death of a close friend.

“Honestly, school was never the hard part,” said Gordian. “It was always life getting in the way and always trying to butt in and ruin my degree. I was just trying to keep my head above water.”

That meant taking courses he thought would be easy, outside of Native studies. Instead, he found himself continually disengaged from what he was learning, and doing poorly.

He had a choice to make.

“I could just accept this, withdraw and forget about university. But I felt compelled to redeem myself,” he said.

He appealed the requirement to withdraw, and was placed on academic probation.

He took a course on health and healing during that year, and got his first A.

“It was like a beacon of hope,” he said. “Even though I didn’t do great that probation year, I felt that I was warming up. I took a course that was actually relevant to my degree and I realized I could actually do something I wanted to do.”

The course set Gordian on a path to more than improved marks. It led him to find his passion.

“I think that a lot of issues can be solved from public health.

“A lot of it is dispossession of our bodies in a sense, and when you restore that health, you restore power for the community. If you have a healthy mind and healthy body as a community, you’re so strong, politically and economically, too,” he said.

Gordian was born in Victoria and raised in Toronto and Montreal by his mother and stepfather before coming to Edmonton about 12 years ago.

His father—a member of the Alert Bay ‘Namgis First Nation—was battling addiction and wasn’t a part of his life until Levi was in his teens. The relationship was difficult at first but now, he counts his father as a friend.

“A big part of [my passion for public health] was because my dad recovered at a [safe injection site]. He was battling addiction for my whole life, he only got clean in 2012,” he explained.

He said he had always viewed his dad’s addiction in the wrong light.

“After taking public health courses, you kind of see, like, this is a very reasonable outcome of all these things that are going on,” he said.

Gordian’s father is an intergenerational residential school survivor who went through the foster system. But, Gordian said, all the factors that can lead up to addiction are often ignored during treatment.

“You just see them as a substance-dependent person. But these are people who are actually trying to empower themselves. If you can help that, and if that help is through harm reduction, I think that’s a good thing.”

Seeing his father get clean at Vancouver’s Insite supervised injection site showed him the importance of successful community health initiatives. Insite, Gordian explained, recasts the addiction paradigm by providing supports to people within a community.

“You’re not admitting people to a three-month program where they stay abstinent and have to follow a very strict regimen. It’s no, you still be you, but now you’ve got us,” he said.

He noticed there was a very strong sense of community where his father was, in the Downtown Eastside of Vancouver, and thought about how that affects Indigenous nation building.

“You don’t need to turn people away from your community just because they’re struggling with addiction,” he said. “Community together is stronger and a lot more likely to succeed.”

From enforcement to empowerment

“With my father consistently involved in law enforcement on the ‘wrong’ side, I guess I felt compelled to be involved on the ‘right’ side and try to fix situations in the community.”

He enrolled in criminology at Simon Fraser University, but changed his mind at almost the last minute and came to the University of Alberta for Native studies. It’s here, he said, that his thinking about the role he could play in Indigenous communities changed.

“I realized that you could still help, but bring it back to the people and help them develop their own processes. You don’t have to intervene and tell people what to do, and try and exert some force on them,” Gordian said.

Now that he’s about to graduate, Gordian said he’s amazed at the transformation he’s gone through while here.

Gordian has big plans for the future.

“I used to dread the ‘what’s next?’ question. But now I welcome it with open arms,” he said.

At the beginning of his degree, Gordian said he always thought grad school was a dream he’d never achieve. Having become a straight-A student, he applied to graduate programs at the University of British Columbia, the U of A and the University of Toronto, and was accepted to all of them. Ultimately he chose to go to UBC for their master of public health program.

“I need to do something actionable now,” he said, explaining why he chose the UBC program, which has a practicum he hopes will allow him to work with Insite or go back to his community in Alert Bay.

“I found that grades don’t define me, I’ve always had this potential, I just couldn’t focus on it. Now that I can, I’m excited to see what I can do.”