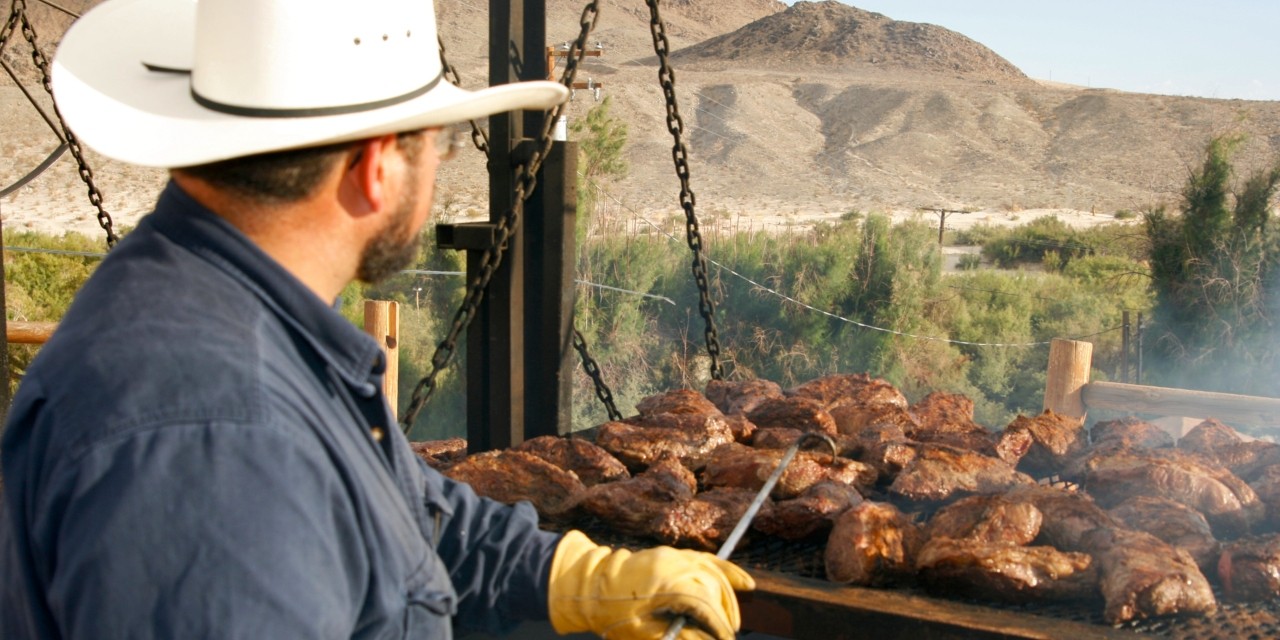 The "authentic" grill cooking associated with the southern U.S. barbecue belt evolved from methods of smoking meat and fish that began in the Caribbean, according to U of A cultural studies expert Russell Cobb. (Photo: Getty Images)

When you fire up the grill this summer, you may think you’re enjoying the most quintessential of North American culinary traditions.

But as with many cultural artifacts we assume are in some way “authentic,” the origins of barbecue are far more complex, says Russell Cobb, the University of Alberta’s expert on the subject of all things smoked and grilled.

Cobb was born and raised in Oklahoma, part of the American “barbecue belt” that also includes the Carolinas, Tennessee, Arkansas, Missouri and Texas. The professor of Spanish and Latin American studies calls barbecue the “bridge between my biography and my scholarly training.”

Especially south of the border, barbecue has become a primary signifier of American patriotism, inseparable from “red, white and blue, Fourth of July, fireworks, apple pie and baseball,” said Cobb, whose grandfather ran a barbecue restaurant in a small Oklahoma town.

What often remains invisible, however, is that “the rich, culturally hybrid history of barbecue has been rewritten to serve a capitalistic purpose cloaked in a superficial U.S. American nationalism,” he said.

The word itself derives from barbacoa, a method of using the indirect heat from smoke to cook meat, fish and even reptiles practised by the indigenous Taíno people of the Caribbean (especially Cuba) and Florida.

The first documented account of barbacoa comes from Spanish explorer Hernando de Soto, known for playing a role in the conquest of the Inca Empire in Peru but also for leading an expedition into what is now the southern U.S.

"De Soto's men were on the coast of Florida, and they smelled this sweet smoke. They approached and saw fish being smoked in this manner,” said Cobb. “Being conquistadores, they had no respect for anything, so they just took it, ate it and thought it was really good."

But the Spanish were simultaneously horrified by barbacoa, said Cobb, because the Taíno were partial to cooking almost anything that moved.

Nevertheless, barbacoa was adopted in large measure for survival among the first explorers, many of whom had been starving despite bringing pigs, cattle and horses with them from Spain. Cobb said some of those early expeditions were disasters, but smoking the meat helped to preserve it.

Beyond the barbecue belt

Over time barbacoa evolved into what we know now as barbecue, most often associated with cooking over an open flame. The practice of smoking beef, pork and fish, however, is still very much alive in the U.S. barbecue belt, with subtle differences, said Cobb.

Depending on the location, the emphasis is different in terms of the meat, the kind of spice and whether it’s dry rub or sauce.

“Kansas City is about the burnt ends, and I know that sounds terrible, but it's actually really delicious—the brisket gets charred on the outside and is very tender inside.

“In Texas it’s about the whole brisket. Arkansas is more about pork. In Oklahoma, it’s a little bit of everything.”

What all of this demonstrates, said Cobb, is that North American culture is a hybrid that transcends the colonialist narrative.

“The famous barbecue belt of the southern United States should more properly be represented as a ‘barbecue sphere’ that encompasses all of the Caribbean nations, pushes north past the Carolinas and into southern Virginia, then extends westward,” he explained.

Cobb said his research on the origins of barbacoa will form part of a book he’s planning on barbecues, banjos and bourbon—all similar icons of American culture that have origins elsewhere.