How barley is expected to benefit from climate change

Warmer weather to have positive impact on global beef industry. 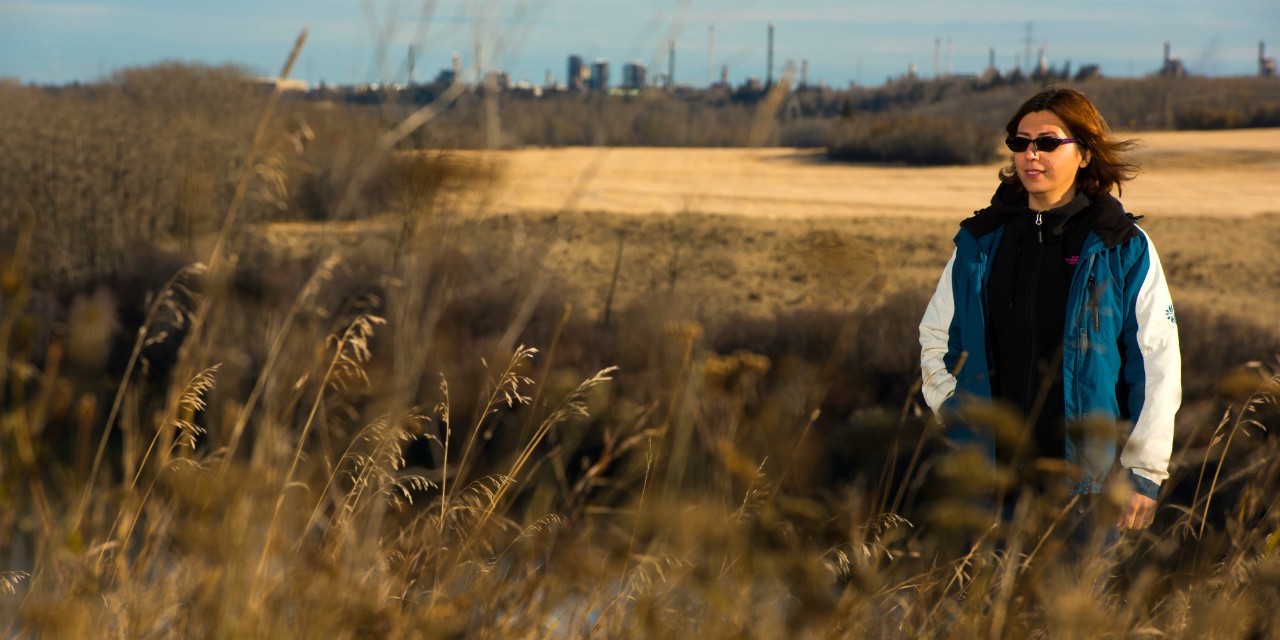 Watershed scientist Monireh Faramarzi and her team looked at how barley will be affected by changing water patterns in Alberta over the next 47 years. (Photo: John Ulan)

Alberta’s most important feed crop for beef production will benefit from warmer temperatures and increased humidity, and so will the beef industry, new University of Alberta research shows.

In an agro-hydrological model combining nine different climate change models and 18 future scenarios, watershed scientist Monireh Faramarzi and post-doctoral fellow Badrul Masud along with other collaborators looked ahead to 2064 to assess the water footprint related to barley and the beef industry.

The researchers concluded rainfed barley crops in northern Alberta will increase, whereas irrigation-fed crops in the southern part of the province will remain stable, yet require less water for production, freeing up precious water for other purposes.

“Global beef production is set to increase by 74 per cent by 2050 to meet global population and economic developments, according to the United Nations’ Food and Agriculture Association,” said Faramarzi, an assistant professor in the U of A’s Department of Earth and Atmospheric Sciences. “With the majority of beef production happening in Alberta, not only for all of Canada but also globally, it’s important to understand water-related risks to the industry.”

Faramarzi and Masud predicted how rainfed and irrigated barley will change in the future by examining the changing water patterns in the province, modelling how barley will respond.

Warmer and wetter temperatures in the north of the province will mean increased yield for barley crops. In southern Alberta, conditions will be warmer than the north, but also drier. However, increased greenhouse gases such as carbon dioxide will offset the water needed to help the barley grow.

“Plants like greenhouse gases, and by consuming more CO2, they won’t need as much water to produce the same amount or more of yield. This means the irrigated water saved can be directed to different purposes that are more useful for the province. So the message is actually positive,” said Faramarzi.

The Alberta-wide research investigating the relationship between the water patterns and feed crops showed that the amount of water per tonnes of barley production will be reduced from 10 to 60 per cent for most of rainfed and irrigated barley. Most of the water in agricultural beef production is used for feed, so the researchers contend it will benefit the beef industry.

Masud explained this is a rare instance of something positive coming out of climate change.

“When you talk about climate change, people always think about the negative side. This comprehensive study will help establish the idea that climate change is not always negative. In some areas of the world, people can benefit from increased CO2 gases, such as in this instance of barley crops in southern Alberta.”

Next steps for the scientists are working with their advanced computing system with more than 200 core computers to apply their modelling techniques to other crops across the country.

Faramarzi clarified that their results are subject to the accuracy of the global climate data they have used to predict the Barley yield and water consumption in the future. More research is needed to represent interactions of greenhouse gas emission and natural climate variability in their agro-hydrological models.

The study, “Modeling future water footprint of barley production in Alberta, Canada: Implications for water use and yields to 2064,” was published in the peer-reviewed journal Science of the Total Environment.

How barley is expected to benefit from climate change