How companies can plan for accidental discoveries

It may sound paradoxical to plan for surprises, but there are things companies can do to foster the happy accidents that lead to innovation, says management expert. 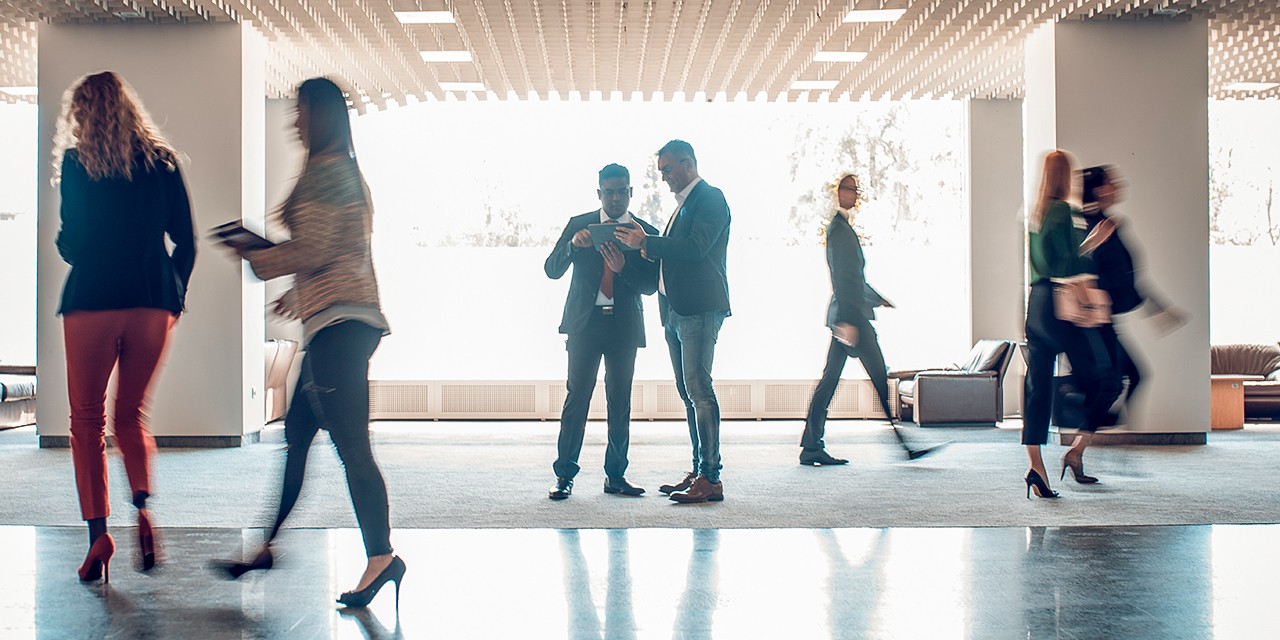 Allowing people from different work groups to bump into each other and have casual conversations is one of the ways companies can set themselves up to make serendipitous discoveries more likely, according to U of A management expert Joel Gehman. (Photo: Getty Images)

While accident implies a lack of planning, a University of Alberta business professor says organizations can be proactive in managing the serendipity that leads to accidental innovation.

“As scholars of innovation and management, it became clear to us that there are organizational processes and practices that both foster and harness happy accidents,” said Joel Gehman, Francis Winspear Associate Professor of Business at the U of A, who worked with colleagues from the United States and France to study examples of how happy accidents were fostered by a culture of serendipity.

“The punchline was that, while you cannot schedule innovation, you certainly can organize for it—and against it.”

The team reviewed a number of accidental discoveries, such as how Corning turned a century of glass and ceramic expertise into the development of optical fibers for long-distance telecommunication, scientists studying a hepatitis C drug as a preventative medication for the Zika virus, and Viagra, which failed as a treatment for angina—but once patients refused to return the tablets because of unexpected side benefits, researchers knew they had something.

Gehman said these are all examples of innovations that result from “exaptation.” In biology, exaptation occurs when living things use their structures or functions for purposes that were not developed through natural selection. For example, feathers first appeared on birdlike dinosaurs as a form of insulation and then as a way of catching insects. Only later did feathers enable flight.

“We know that organizations face problems of resource scarcity and constraint. But this leaves open a fundamental question of where novelty comes from,” said Gehman. “In business, exaptation is one mechanism for thinking about precisely this question.”

Interaction is a must

Because research and development generates many discoveries that may not appear to have immediate commercial use, one key is to get employees to interact with colleagues in other departments and organizations to find new uses for what they discover.

“The idea of the lone, heroic inventor is almost always a myth,” said Gehman, explaining that even inventions commonly ascribed to the great inventor Thomas Edison were not the result of a single person, but collective organizational processes.

And while information sharing is naturally a part of what takes place when people interact, Gehman explained it is not sufficient to set in motion the kind of exaptive and serendipitous processes needed for innovation.

“It is interpretive flexibility in the meaning ascribed to information that drives innovation, not information per se. If you buy that argument, then the key organizational capability is more than just openness. You need the capacity to tell a new story about what a particular chain of information means now and, more critically, into the future. Without this narrative capacity, all the information in the world won't save you,” he explained.

To determine what conditions best help carry forth this story of innovation in an organization, Gehman’s group theorized practices companies can take both internally and externally to “increase the likelihood that happy accidents happen.”

The first step, according to the group’s look at sustained innovation, is for firms to organize in a way that allows people to bump into each other and associate across different groups.

A textbook example of this was in 1968 when 3M employee Spencer Silver developed an adhesive that didn’t actually glue. Still believing his work had purpose, he told anyone who would listen about his discovery and how it was a “solution looking for a problem.”

That problem came in the form of fellow 3M employee Art Fry’s inability to keep bookmarks from falling out of his hymn book while singing in the church choir. By using Silver’s weak adhesive, he could keep the bookmarks in place without damaging his songbook. A dozen years after the adhesive was discovered, 3M introduced Post-it Notes.

Other practices the researchers identified included enabling employees to think through their ideas on a deeper level by engaging others to work around roadblocks and find new solutions, encouraging employees to attend conferences across multiple industries and having employees spend time in “idea labs” or “hackathons” similar to internal design spaces, but for people from different organizations.

“Companies such as Google are running hackathons where multiple people from within and outside the organization are brought together for a short duration of time to work intensively using design principles (such as rapid prototyping) as championed by the design firm IDEO,” said Gehman.

While these efforts may require significant investments of time and resources, and relatively long timeframes for success, he said managers should keep in mind that the resulting happy accidents can be quite profitable.

“Ultimately, organizing for accidental discoveries does not happen by accident.”

How companies can plan for accidental discoveries