How competitive athletes can stay motivated when they can’t compete

Athletes can find opportunities amid the challenge of cancelled sporting events, say U of A master's student and sport psychology researcher. 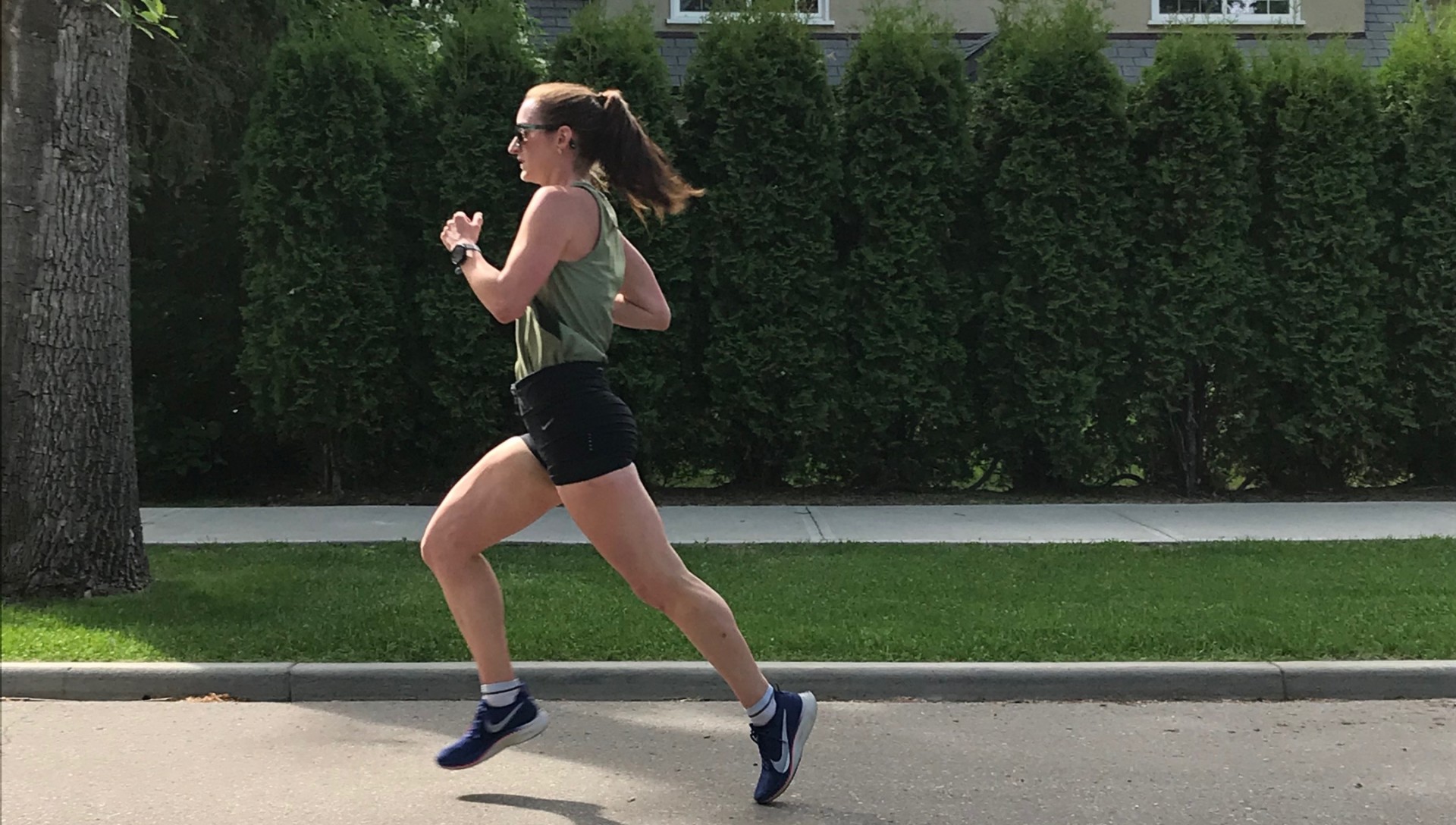 U of A master's student and ultramarathon runner Sara Szabo says competing against her own best times and taking up other activities like cycling and yoga help her stay physically and mentally healthy despite not being able to compete in races: “It’s sort of nice to take a step back and just run for the fun of running." (Photo: Lauren Andrews)

From the Olympics to rec leagues, in 2020 sporting events all over the world were cancelled due to COVID-19. But as athletes move on from the cancellations, many are seeking out the opportunities in the unprecedented.

“But to be motivated to train for a race that’s not really a race, where you’re just going and running alone as fast as you can? It’s hard,” said Szabo, a University of Alberta master’s student in exercise physiology in the Faculty of Kinesiology, Sport, and Recreation.

U of A sport psychology researcher Amber Mosewich said the challenges Szabo faced are common, and can have a major impact on competitive athletes.

“Cancelled events would necessitate a huge change in plans for most athletes, to both their physical and psychological preparation,” said Mosewich.

Although the uncertainty, change in routine and potential isolation athletes experienced could have a negative impact on their mental health, the decrease in competitive demands could also mean more time to invest in increasing other skills.

“I’m hearing stories from both sides of that coin, and anywhere in between,” Mosewich said. “But there have been athletes saying that now they have more time to dedicate to developing other skills. Some of those are more physical or tactical, but many of them are psychological.”

The upside of downtime

The challenges of not being able to compete can actually have a positive impact on athletes in the long run through the skills they develop or refine, said Mosewich.

Staying motivated when there isn’t a competition to train for is a skill athletes could use this time to develop, said Mosewich, along with other important mental skills like the ability to cope with uncertainty, or training without a partner or a team.

“It does take time to develop these psychological skills, and then ideally you first integrate them into your training and then competition. So in many ways this could provide a good opportunity to try to sharpen some of those skills,” Mosewich said.

Being able to take a step back from competing can also allow athletes to become more process-oriented, and pursue goals other than competitive success, such as increasing strength and agility, or sharpening coping skills.

That way, athletes still have an explicit goal to work toward, Mosewich said, but it’s not contingent on being able to compete in an event. The focus is on their own mastery and improvement.

“If we consider motivation in this more process-oriented way, an athlete can still see gains without that competition,” she added.

Mosewich noted a lot of athletes are engaging in cross-training, and adopting activities they may not have had the scope or time for.

Szabo said she’s done the same, embracing creativity in her training by incorporating other sports and activities like cycling and yoga, to keep healthy physically and mentally.

“It’s sort of nice to take a step back and just run for the fun of running. Or to do a workout and just go with what the effort feels like that day and not be stressed about a time you’re going to get in a race three months from now,” Szabo said.

“That’s something I value a lot. Patient progress and making sure that you’re not just running to race, but running to have a healthy physical body and mind.”

How competitive athletes can stay motivated when they can’t compete