One of 45 grads of the new Peter Lougheed Leadership Certificate is determined to make renewable technologies accessible. 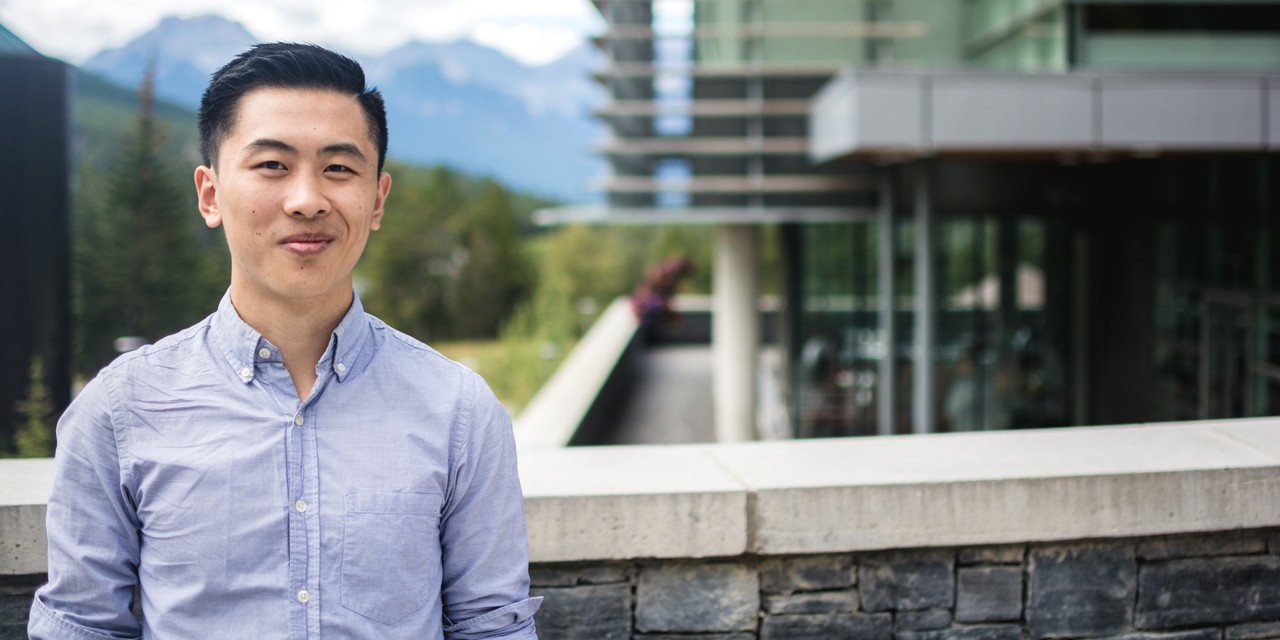 Since he was a boy, Jason Wang knew he’d be following in his father’s footsteps. His young eyes widened at the dizzying array of control panels and humming equipment in the lab where his father, an oilsands researcher, worked. By high school, Wang had set his sights on designing renewable technologies like wind turbines and solar panels.

But after his first year of mechanical engineering at the University of Alberta, Wang discovered that building new energy sources alone would not be enough to help communities that need them. That summer, he joined a research project in Pangnirtung, Nunavut, a remote Baffin Island community that relies entirely on generators powered by diesel, a fuel brought in by tankers that can be delayed by the unpredictable melts and freezings spurred by climate change. In 2015, the community declared a state of emergency after fire destroyed several of its generators.

"I saw how the community struggled with this constant uncertainty,” said Wang, 22. “The engineer in me said, 'What can we do to fix this? How can we help them fix it themselves?’”

Wang knew he’d need to complement his engineering studies with an understanding of the social issues facing communities like Pangnirtung. And if he had any hope of making renewable energy sources accessible and affordable to remote areas, he’d need the skills of a leader.

That’s why, in 2015, Wang joined the first cohort of students at UAlberta’s Peter Lougheed Leadership College. The college’s two-year Certificate in Interdisciplinary Leadership Studies starts with the premise that leadership is a skill that can be taught. Undergraduates from most faculties have joined the program since its inception.

“With the opening of Peter Lougheed Hall, we’ve taken a vital step in becoming Canada’s pre-eminent leadership program for undergraduates,” said college vice-principal Martin Ferguson-Pell. “Like any academic program, our students need a physical space—a focal point so that they can collaborate in teams.”

Teamwork was one of the most challenging and rewarding aspects of the program for Wang. A consistent lesson was that effectively participating in a team does not mean being bossy.

“It means being flexible to the needs of a team, and setting it up to be self-sufficient,” said Wang.

He put that theory of self-sufficiency to work not only at the college but in his role on the leadership team for EcoCar, a student-run engineering club at UAlberta that designs and builds hydrogen-powered vehicles. Last spring, as Wang and his colleagues scrambled to ready their car for its annual public unveiling, a first-year club member stepped forward with plans to ramp up the event with media and advertising.

“We let her run with it. We believed in her and she pulled off an incredible event—around 2,000 students showed up. She then used that momentum to fundraise more than $10,000 for EcoCar,” Wang said.

"I realized that if you set up a team right, you, as a leader, should feel like you're not really doing anything—but in a good way.”

“At the end of the day, energy and climate change need people-driven solutions. We have to work together as communities,” he said. “I hope my biggest contribution will be to inspire people and make them excited about what’s to come.”

Ferguson-Pell said when students like Wang learn and apply these foundational principles of leadership, it confirms that the college is honouring the vision of its namesake, former Alberta premier Peter Lougheed, ’51 BA, ’52 LLB, ’86 LLD (Honorary).

“Lougheed believed that leaders are most effective when they empower teams of people,” said Ferguson-Pell. “We believe our students will combine their passions with their new skills to change the world for the better.”

Antiviral used to treat cat coronavirus could hold key to COVID-19: U of A researchers
New drug could potentially offer better treatment for chronic heart failure
U of A health policy expert aims to cure COVID-19 ‘infodemic’
U of A Butterdome to house AHS assessment and treatment centre
How to know if isolation is affecting your mental health, and what to do about it
COMMENTARY || Five key issues facing Canada’s agri-food industry