How to not let ankle injuries trip you up

Rest, build strength and be patient to get back on your feet. 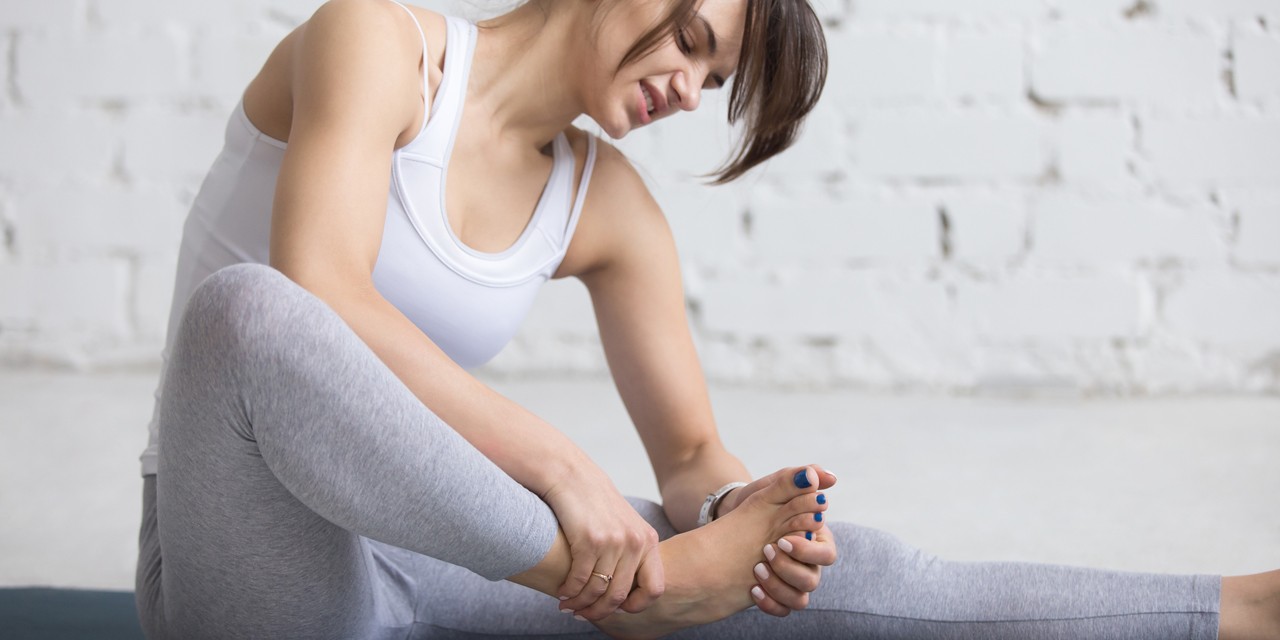 You’ll know you suffered an ankle strain or sprain because of the pain, swelling and difficulty putting your weight on that foot, according to Jessie Gill, a physiotherapist at the U of A’s Glen Sather Clinic.
Beautiful young woman feeling pain in her foot during sport workout indoors, close-up

Whether it’s an icy sidewalk or a missed curb, putting a foot wrong can result in an ankle injury. Knowing how to treat a sprain is key to keeping a bounce in your step.

A sore ankle is one of the most common conditions, said Jessie Gill, a physiotherapist at the University of Alberta’s Glen Sather Clinic.

“It can happen to anyone from kids to athletes to seniors, by stepping down from a curb, from running, from slipping on ice, from playing basketball or soccer.”

A lateral sprain happens when the foot is accidentally rolled to the outside, resulting in a lot of pain in the outer part of the ankle.

You’ll know you’ve suffered a strain or sprain because of the pain, swelling and difficulty putting your weight on that foot, he added.

Treating the injury properly is important to make sure it doesn’t happen again, said Gill, who also provides physiotherapy for the U of A’s Golden Bears soccer team.

“An ankle that hasn’t been properly treated after a sprain may limit you from taking part in some of the activities or sports you want to do. You put yourself at risk for future injury and if that happens, you can have ongoing ankle problems.”

If you do sprain your ankle, here are some guidelines:

The first three to five days after the injury are about managing pain and that means a helping of RICE: rest, ice, compression and elevation to reduce swelling. As well, use crutches to offload some pressure on the foot if it’s painful to walk. “Make sure you are still using your foot to avoid stiffness in the ankle, which can also cause pain,” Gill added. He recommends this exercise: while seated, use the foot to gently write the alphabet out in the air.

Still in pain? See a doctor

Consider seeing a doctor, specialized sports doctor or physiotherapist if the pain doesn’t subside. “They may order an X-ray, which can be helpful in ruling out a fracture after a bad ankle sprain.”

A common mistake people make is thinking they can rush the healing process by going back into a sport or activity too soon. And though they can seem inconvenient, use crutches in the early stages of recovery, Gill said. “Otherwise, people limp on the weak ankle and that doesn’t allow for proper healing to occur.”

As the ankle heals, spend another four to 10 days strengthening it with weight-bearing exercises like gentle calf raises, band exercises and easy cycling. Once the ankle can take full weight with no pain or limping, amp up workouts to include single-leg calf raises and other balancing exercises, usually 11 to 20 days from the time of injury. To do a calf raise, from a standing position hold onto the edge of a countertop, raise up on your toes and then slowly lower your feet back to the floor. As a balance exercise, stand on one foot and hold that position for 20 to 30 seconds, keeping the ankle in a neutral position. Repeat with the other foot. (See video below for another easy exercise)

“Even when you feel better, you aren’t done,” Gill said. “There is a final stage which is ongoing: continued strengthening for prevention of future injuries.” Because the injured ligament won’t be as strong as it was before, muscle strength becomes important. “It acts as a secondary support.” Adopt a home exercise program that includes a couple of twice weekly exercises which may take 10 to 15 minutes to complete. They’ll also develop ankle strength and control for people who’ve never had a sprain, which can help in preventing an injury in the first place.

How to not let ankle injuries trip you up