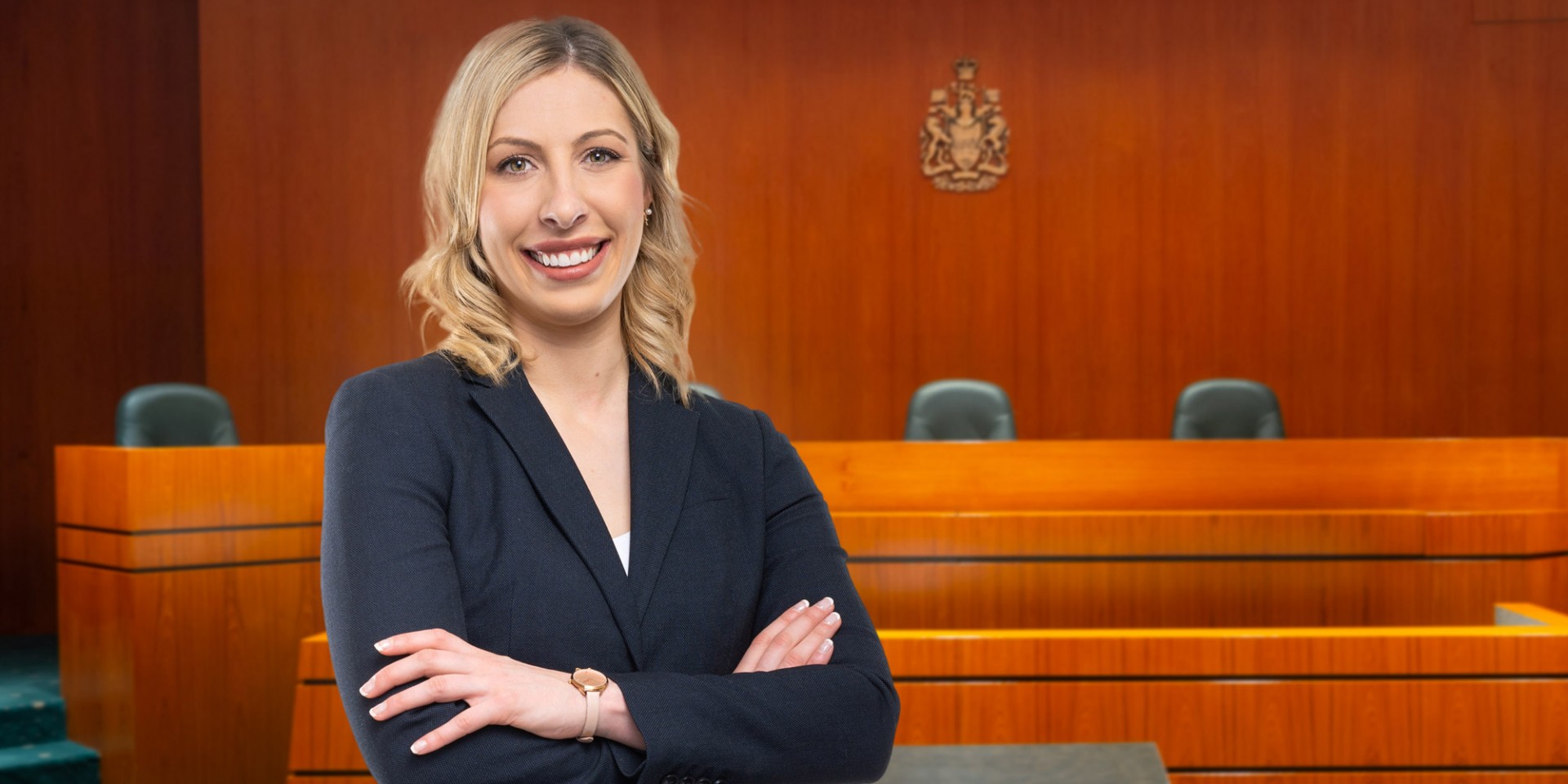 Heather Cave balanced two demanding full-time commitments as a dance teacher and a law student, including being part of the U of A team that won the Gale Cup, Canada's premier moot court championship. (Photo: Richard Siemens)

It seemed a sucker’s bet. When law student Heather Cave and her University of Alberta moot team were assigned an argument for the national Gale Cup—Canada’s premier mooting competition—they had clearly drawn the short straw.

Facing off in the final against the University of Toronto last February, they had to appeal in simulation a real, unanimous Supreme Court decision backed by the Charter of Rights and Freedoms. The case involved an illegal search of a drug dealer’s residence, which the court deemed a charter violation.

"I had to argue there wasn't a violation,” said Cave. “This guy had a lot of drugs in his house, but when the police showed up, he admitted to having three marijuana roaches. The police decided to search without a warrant, and when they got in, they found the drugs, as well as guns and cash.

“After racking our brains, we came up with something that kind of made sense—a statutory argument based on the wording of the Controlled Drugs and Substances Act. We based our appeal on exigent circumstances, and managed to convince a few judges.”

It was a spectacular win for her team, and in addition to the cup, Cave herself took home a medal for best speaker in the competition.

“One of my professors really pushed me, and I'm glad he did,” she said. “You get to feel like a real lawyer. It's nice to make your own argument instead of just reading other people’s arguments all the time.”

Today, Cave will top off her moot success by graduating with a law degree. You’d think someone with that zest for litigation was destined to be a lawyer, dreaming about it from the time she was a child. But law was actually the last thing on her mind growing up in Hinton, Alberta.

Cave has been a committed ballet dancer for as long as she can remember, pirouetting from the age of three. But she realized in high school that she’d have a limited run as a dancer. It’s hard on the body, “and the hours are terrible,” she said. “You're often working until 10 p.m. on Saturdays, so I knew that wasn't going to last forever."

She decided to become a dance teacher instead, earning a degree in ballet education from the Royal Academy of Dance in London, England. From there she studied at the renowned Ailey School in New York for a year.

She then taught ballet for three years in Edmonton, then returned to New York to complete a master’s degree in education at New York University. After again returning home, she’s been running the ballet program at a school called Dance Theme on Edmonton’s north side—full-time, even when she decided to push herself even more by studying law.

"Law school was the hardest thing I’ve ever done, for sure, but I loved it,” she said. “I just wanted to challenge myself academically a bit more. It's been nice to have balance; when you're in law you can get wrapped up in the law bubble, so it's nice to have another life outside of that. It keeps me sane.”

Cave admits the balancing act has been “a little crazy,” however. “I don't sleep a lot, and my Netflix time is very minimal."

After collecting her parchment, Cave will article at the local firm Brownlee LLP starting in July. In the meantime, she will assist her moot coach, Peter Sankoff, with a Supreme Court appeal he is preparing.

All of that means pulling back from dance instruction, at least for now, aside from the odd weekend class, said Cave, as she pursues her goal of practising civil litigation.

"I have to get a little more seniority in the law world, so I have more control over my life,” she said. “But I've toyed with the idea of maybe of opening my own dance school, years and years down the road, as a side project.”