Study looked at why children’s play time is more supervised and structured than it used to be. 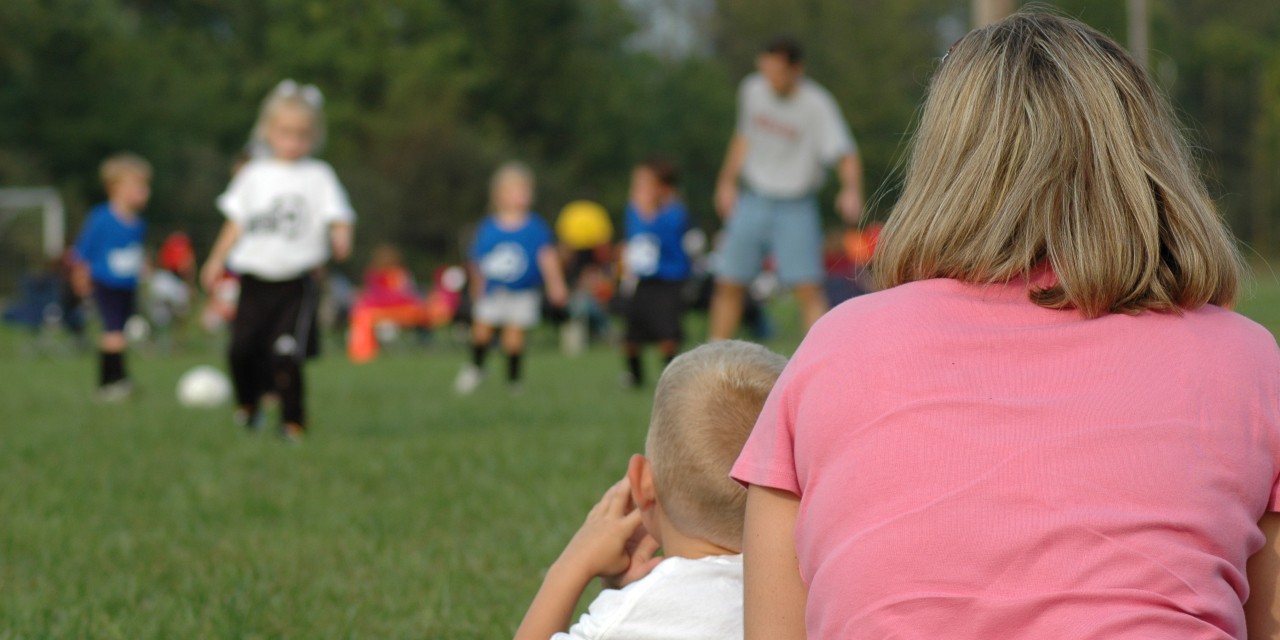 Social media has contributed to a shift toward more structured, supervised activities for children and away from free play, according to a U of A researcher who interviewed two generations of parents. (Photo: Getty Images)

Social media has altered perceptions of what good parenting is and may play a role in the reduction in the amount of time kids spend just playing, according to a University of Alberta study.

“It has long been known that children today aren't playing outside as much as they used to, nor are they playing as freely and without supervision as they used to do,” said U of A PhD student Shannon Pynn, who led the study. “We were looking at why this has happened when we realized this idea of free play kept coming up in terms of good parenting.”

Pynn said this “good parenting ideal” refers to how parents understand what's expected of them from their social network, people in their community and the broader society.

What she wanted to know was how the good parenting ideal changed in relation to active free play and why.

Pynn and her colleagues interviewed 14 sets of parents and grandparents to get a feel for what free play looked like when they were children and parents.

One theme emerging from the interviews was that some parents today parent differently from how they were parented because they are expected to have their kids in structured activities, said Pynn.

“That's one reason free play isn't so much of a thing anymore—kids are playing a lot more sports and participating in many more structured activities, so they don't really have the time to go outside to play anymore.”

Pynn said structure crept into free play because of heightened safety concerns propagated by social media. Because news is so readily accessible, events like child abductions, for instance, are affecting the behaviour of parents a world away.

“Social media makes it all feel a little closer to home, when in reality statistics show that kids are actually safer today than they were in the past,” Pynn said. “The safety concerns are not really founded, but they're heightened because of social media. That didn’t happen in their grandparents’ days.”

As well, Pynn said parents are concerned about being judged on social media platforms or on any number of parenting sites.

Some of that judgment comes from a concept known as cultural capital, which Pynn explained is the idea that parents need to provide a host of opportunities—sports, music and art lessons or even travel—for their children to develop different skills to be successful in life.

“This ties into the good parenting ideal,” she said. “Parents think, ‘Because I'm giving them so many different opportunities, I must be a good parent.’”

None of this is helped by the natural tendency to peek over the fence at the exploits of other children, which Pynn said is in all its glory on social media. It doesn’t take long for feelings of inadequacy to arise and for parents to register their children in yet another activity.

Pynn said the interviews included an endless list of anecdotes about grandparents leaving the house for all hours of the day when they were young, with the lone instruction to be home for dinner. She said even parents, who reported having a little more structure as kids, remembered being left to their own imaginations and a time when sports were treated as a form of child’s play.

“Now, if you go to any sort of youth sport event, it becomes about the families—it's not just about the kid anymore,” she said.

And while parents recognized their children were being subjected to ever-multiplying levels of supervision, Pynn said the parents reported being at the mercy of the notion that if you leave your child alone, you're a bad parent.

“The truth is, if these conceptions exist in society, they’re really hard to change, so moving forward, instead of trying to change the society's point of view, perhaps we need to find ways to satisfy these perceptions.”

One solution, she said, is for recreation planners to create more programs like the City of Edmonton’s Green Shack program, in which kids are supervised in unstructured play in a park setting.

“That's one way to get parents on board because there's no going back now,” Pynn said. “We need to move towards more child-led activities while still focusing on the things that parents are worried about—like supervision and safety.”