And how the North and South are trying to use the PyeongChang Games to their own political advantage. 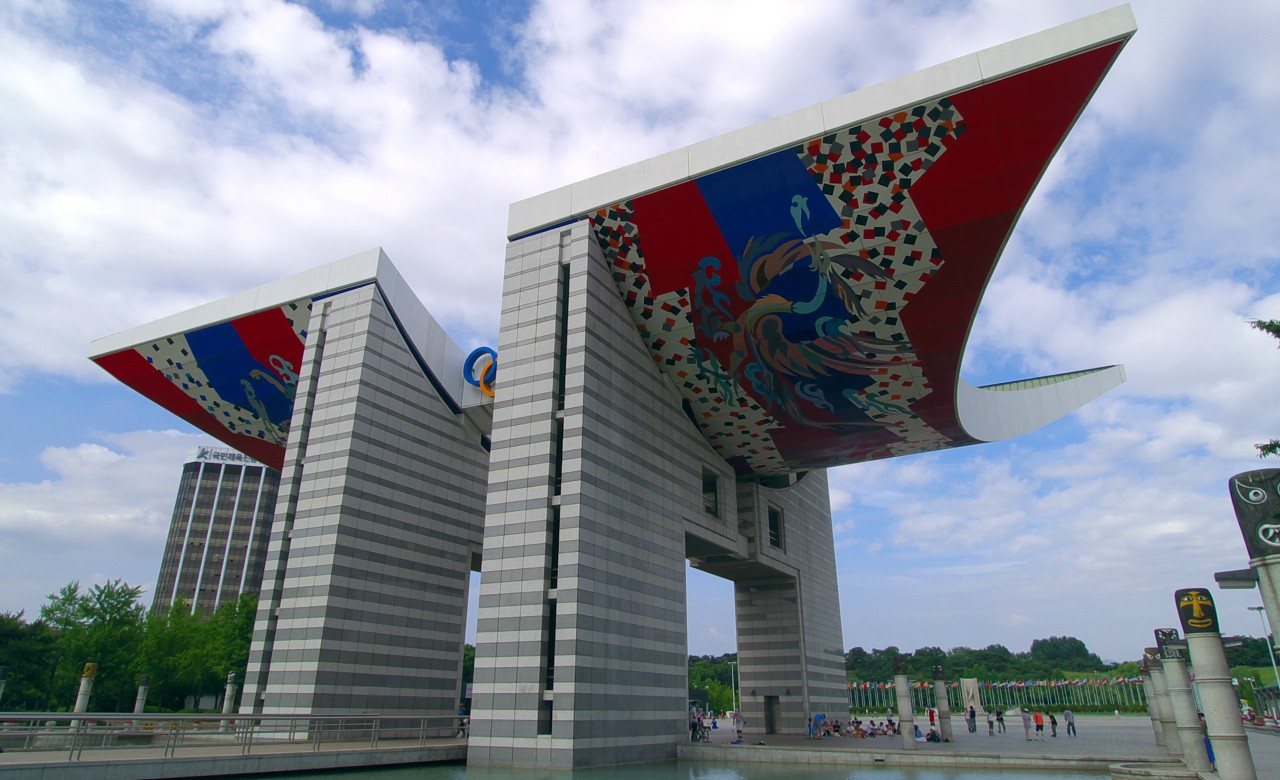 The World Peace Gate in Seoul, South Korea, was built for the 1988 Olympics to symbolize peace and harmony. Though South Korea and its northern neighbour are making shows of unity during the 2018 PyeongChang Games, both are also pursuing political agendas, says a UAlberta historian. (Photo: Wikimedia Commons, CC BY-SA 2.0)

If the world learned anything from the Rio Olympics two years ago, it’s that sport can be a dangerous stage from which to announce your country has arrived.

Take South Korea. While it staged successful Olympics in 1988, the Games contributed to a major and unexpected shift in the country’s political system—something the country’s military dictators of the 1980s didn’t see coming.

General Chun Doo Hwan began his rule as South Korean president in the summer of 1980. He was the latest in a string of military strongmen who had ruled South Korea virtually uninterrupted since the nation’s creation at the end of the Korean War in 1953.

“The regional idea at the time was to legitimize these dictatorships,” said Brian Gold, an instructor in East Asian history at the University of Alberta.

Chun pursued a plan by his predecessor—General Park Chung Hee, assassinated in 1979—to host the Olympics and submitted what would become the successful bid for the 1988 Summer Games to the International Olympic Committee in September 1981.

“At the time, the world saw South Korea and Taiwan as the great miracle economies, much like China is now. Yes, South Korea had a military dictator, but there were some trappings of democracy, so the IOC awarded them the Olympics.”

In June 1987, with the Games on the horizon and the world’s lens narrowing on Seoul, a series of mass pro-democracy demonstrations, known as the June Struggle, flared up after Chun announced his successor, another former military general named Roh Tae Woo.

“The Olympics didn’t kick off the transition to democracy—there were already demonstrations and a general trend towards the end of military dictatorships—but they made South Korean military dictators give power and give way because the world was watching.”

Gold says rather than rolling tanks through the streets of Seoul, Chun acquiesced and announced electoral reform. As it turns out, Roh would win the presidential election in December, but the days of authoritarian leaders were done.

“Today, South Korea has one of the most vigorous democracies in the world,” said Gold.

In 2017, he added, South Koreans took to the streets in a series of large but peaceful demonstrations against President Park Geun Hye, who was eventually impeached. The voter turnout at the subsequent elections was 77.2 per cent. By comparison, the contentious 2016 U.S. election saw just 55.5 per cent of voters head to the polls.

“From the South Korean point of view, the Olympics aren’t a bad thing,” said Gold.

Will the Olympic thaw between North and South last?

And though the 2018 return to the Korean peninsula features a vastly different South Korea, the shadow of its northern brother looms as large as it did 30 years ago.

“You have the U.S. using sanctions and other strategies to try to isolate North Korea, and then you have these Olympics going on and the South has to ensure war isn’t going to start—it’s fascinating,” said Gold.

And while tensions are normally high, Gold said North Korea has gone into full diplomatic mode for the Olympics, dialing back the rhetoric, agreeing to a reunification of select teams and even sending the half-sister of North Korean supreme leader Kim Jong Un to the opening ceremonies.

A contingent of highly choreographed North Korean cheerleaders has drawn attention at several events during the PyeongChang Olympics.

Probably not, said Gold. He thinks it’s more about North Korea trying to put a wedge between the South and its western allies. He added that, while the charm offensive being executed by the North Koreans shows they know exactly what they’re doing, so does the South.

“You have to remember, they’ve been at it a long time,” said Gold. “Seoul is 20 kilometres from the North Korean border, so the problem is always right there.”

Heading into 1988 Summer Olympics, tensions between North and South Korea were as high as at any point since the Korean War.

According to Gold, one of the big differences between then and now is that South Korea was more the pariah internationally back then, especially among many third-world countries.

“Canada fought with South Korea during the Korean War under the United Nations flag,” said Gold, “but many third-world countries were not aligned with the West or were socialist leaning, and South Korea was an ally of the West.”

In fact, up until the end of the Cold War, Cook says most countries, particularly in southeast Asia, recognized North Korea as the official Korean government.

“So North Korea made some unreasonable demands about sharing the ‘88 Olympics. When South Korea refused, North Korea tried to get its allies to boycott the Summer Games.”

In the end, the boycott failed. Cuba signed on, but Gold says the end of the Cold War and boycott fatigue—in 1980, the West boycotted the Moscow Olympics, then in 1984 the Eastern Bloc boycotted the Los Angeles Games—had everyone itching for some best-on-best competition.

“As well, by this time, the Soviet Union and even China, although they weren’t on the same side, understood that South Korea was becoming as important to them as North Korea in terms of economic power.”