How the Trump did that happen?

The unlikeliest candidate ever has done the impossible. Three U of A political scientists offer thoughts on why Donald Trump’s rise to power was more likely than it seemed. 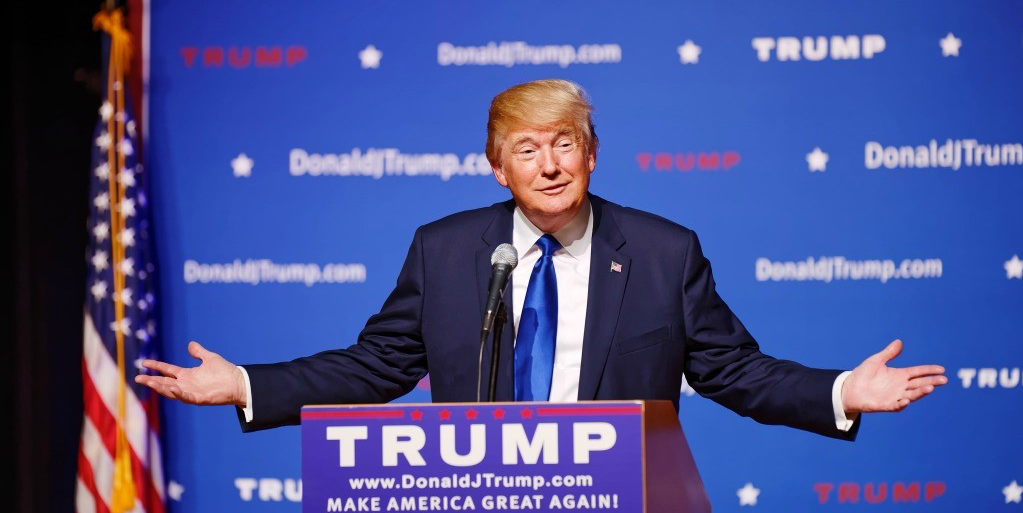 Donald Trump's victory in the U.S. presidential election isn't so astonishing when you look at the combination of social trends that contributed to his rise. (Photo: Michael Vadon via Flickr, CC BY-SA 2.0)

It’s an understatement to say Donald Trump’s victory took the world by surprise. Just what that will mean is anyone’s guess, but how did so many get the outcome so wrong?

To conservative tracker Julian Castro-Rea, Trump was the perfect lightning rod to attract an alt-right ideological current that has been spreading like a contagion through America at least since the “moral majority” of the 1970s. Bob Murray contends Trump’s victory had more to do with the political gridlock that has become entrenched over the past decade. And Greg Anderson argues that Trump struck the perfect chord of “anti-trade, anti-institutional, anti-establishment rhetoric” that was so successful in the Brexit campaign.

Citizens United and the rise of the alt-right

In Castro-Rea’s view, the Trump effect was never as much about the scarcity of manufacturing jobs or disgruntled aging white men as it was about a kind of systematic indoctrination of the American heartland that’s been happening for decades.

Mainstream media and the Democrats themselves “ignored the writing on the wall about the strength of the right in the United States,” said Castro-Rea. “It’s not just the Republican Party you have to consider, but rather right-wing ideologies that have been promoted for more than 40 years.”

He pointed specifically to powerful libertarian networks such as Freedom Works and Atlas. Funded by billionaires—and claiming charitable, non-political status to avoid paying taxes—they claim to support individual freedom through the promotion of free markets and scaled-down government.

After the landmark Citizens United v. FEC Supreme Court decision of 2010, which gives any organization the right to donate as much as it wants to a cause in the name of freedom of expression, these networks were able to wield enormous power through Super PACs, said Castro-Rea. They work to recruit new followers at the grassroots level, giving rise to a relatively new phenomenon in American politics known as “Astroturfing”—masking as local community organizers but in fact being funded by the wealthy to protect their own interests.

It all amounts to “a very effective political machine that appeals to some of the basest instincts we have as humans—individualism, selfishness, religious beliefs, fear, racism and xenophobia,” said Castro-Rea.

“Sometimes they come together in very strange ways, such as the prosperity gospel—the way God distinguishes between his favourite followers and those who are not is by making them rich.”

A particularly disturbing feature of this conservative and often evangelical Christian ideology is the complete disavowal of facts and science—of any evidence-based argument that doesn’t square with faith, with the Bible or just what “feels right,” he said. It’s why Trump’s supporters completely reject climate change and don’t have trouble with Trump’s manipulation of facts.

“These networks are oiled by billions of dollars in direct contributions to right-wing candidates or to the third-party advertising that Citizens United allowed. They have created think tanks able to get the ear of the media and frame the political debate.

“And they aim to establish themselves in every community, with global reach, including Canada,” Castro-Rea said, adding that the Fraser Institute and Manning Centre are two Canadian think tanks connected to the Atlas network.

Appealing to widespread frustration and the pervasive political gridlock

Though UAlberta adjunct political scientist Bob Murray said he was surprised by the election results, he also said there are plenty of reasons not to be—first and foremost, perhaps, the weakness of the Clinton campaign.

“(Democrats) never did answer some of the essential questions people wanted answers to, especially with regard to Clinton’s emails and trustworthiness,” said Murray. “There was also this sense of self-righteousness you see from the left, that if you disagree there's something wrong with you, and that has disenfranchised conservatives over time where they are now lashing out.”

What Trump did so well, despite the scandalous distractions that could have taken him out of the race, was “bring people’s lives back to a level they understand, something tangible about protecting themselves, protecting the homeland, protecting the country and withdrawing from this globalization trend.”

In contrast with Castro-Rea, Murray isn’t so sure the growth of mainstream conservatism had all that much do with the rise of Trump. He argues it had more to do with a dysfunctional government out of touch with its people.

"There are those who would try to make this about conservatism, but I don't think it is,” said Murray. “It's far less clear what conservatism even means anymore” given the multifarious and sometimes contradictory factions that have arisen under the Republican banner.

A better explanation is the sharp decline in confidence in America’s democratic institutions over the last decade, he said, especially as people lose patience with gridlock in Congress.

"Nothing gets done,” said Murray. “It used to be that, yes, you had disagreements, but parties used to be able to work together to find common solutions. That doesn't seem to exist anymore.”

Murray said one of the biggest challenges ahead for Trump will be rebuilding damaged relationships within the Republican party and Congressional leadership. “In order to move a legislative agenda forward, he desperately requires the buy-in of his party in Congress,” he said.

“He’s just spent the last year throwing them under the bus and calling them stupid,” he said. At this point, it’s unclear whether they’ll even be interested in coming to the table, and at the the very least “they’re going to want something pretty profound in return for having been alienated throughout the whole campaign,” said Murray.

The Republican party has its own soul-searching to do to figure out why they were unable to read the American people as well as Trump, he added.

What to look out for in the months ahead? Pay close attention to who is appointed to senior positions within the administration, said Murray. “That will speak volumes about the tone the administration is going to set.”

Underestimating the desire for change in the battleground Rust Belt

According to Greg Anderson, Trump was successful in driving home the anti-trade message so many in the heartland cared about and underscoring the loss of manufacturing jobs in the wake of globalization. Especially in the Rust Belt, where the loss was felt most acutely, he said, voters overlooked Trump’s personal failings and latched on to his promise to bring jobs back home.

“People were willing to look past what Donald Trump was saying on the campaign trail and say, ‘Look, we just need something to stir the pot,’” said the UAlberta political economist who examines Canada-U.S. relations.

“It’s partly that feeling of disconnection with political institutions. And if you’ve ever been through the Rust Belt, you can appreciate immediately why Trump’s anti-trade message is so popular. Thousands and thousands of manufacturing jobs have left the country.

“I think on that score, the chickens have come home to roost on trade liberalization,” embodied in the North American Free Trade Agreement and the Trans-Pacific Partnership, he said. “Governments haven’t done a great job at making the case for why it’s not such a bad thing, but more importantly cushioning the so-called ‘losers’ from trade liberalization.

“There are definitely going to be people whose jobs move overseas whenever there’s liberalization. That’s part and parcel of what it’s about, but Democrats have done a terrible job of cushioning the blow on that.”

In the wake of arguably the most extraordinary presidential election campaign in America’s history, one thing seems certain: whatever happens next, American politics will never be the same. And the media has to accept some responsibility for that, said Murray. It allowed Trump to indulge in his own brand of reality TV show while rabidly feeding on the ratings frenzy he created.

"At the end of this campaign, the fact that people believe Trump to be a normal candidate just demonstrates how racism, sexism and misogyny have become normalized. The more people heard it, the more they accepted it."

How the Trump did that happen?
Newsroom