How the Twitterverse helped ensnare our hearts in Spider-Mable's web 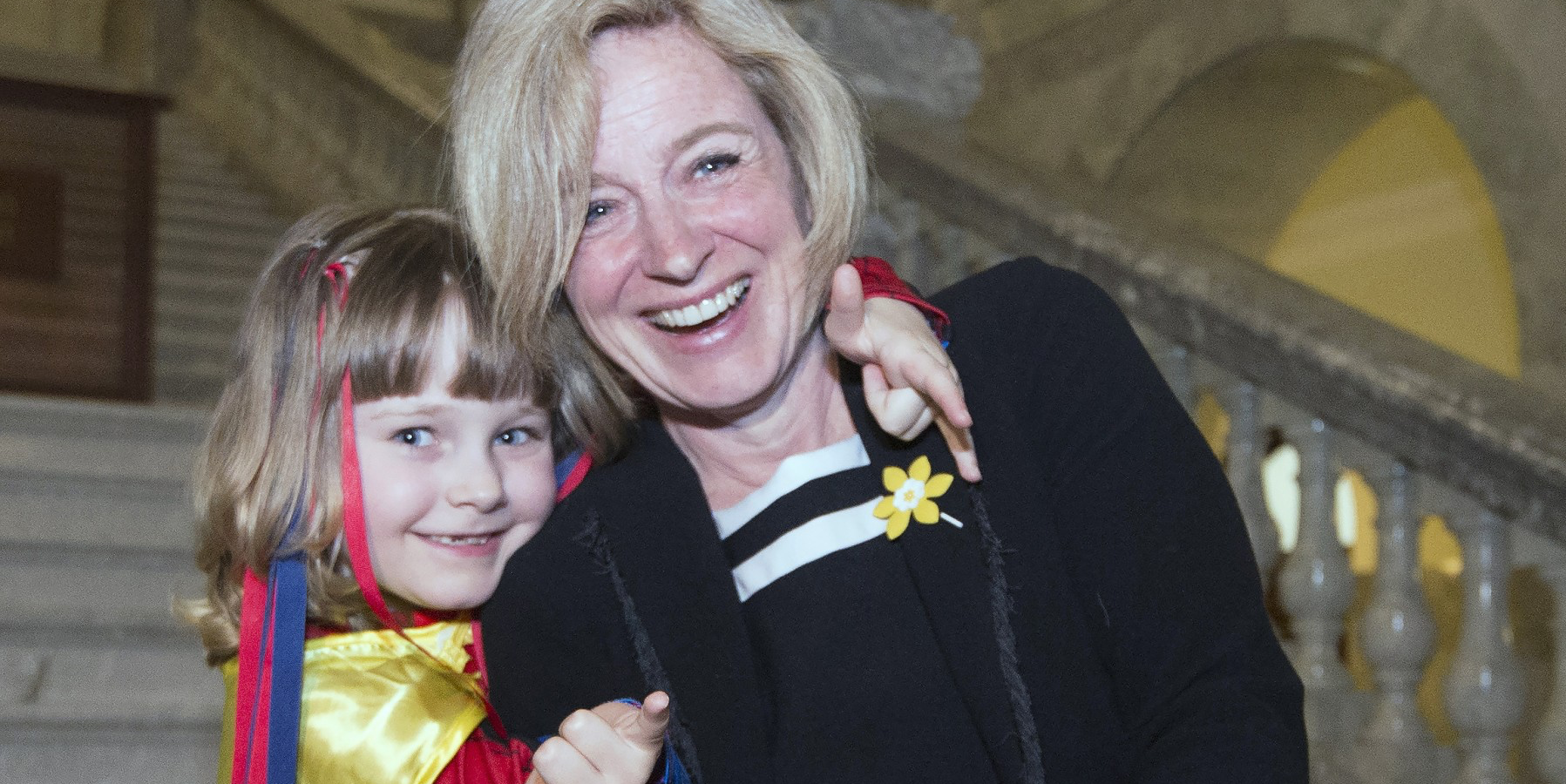 Like tens of thousands of other people on Sept. 28, 2015, Alberta premier Rachel Notley tweeted about Spider-Mable.

In a world bombarded by toxic, Trumpian-era tweets, everyone needs a hero now and then. Make that a superhero.

A University of Alberta researcher has come to the rescue, teasing out some findings about the amazing Spider-Mable, Edmonton’s own little superhero, whose journey two years ago showed that while the Twitterverse may be a constant source of vitriol, it can, and is, also used for good.

That simple and heartwarming revelation stuck with researcher Matty Flores over the year he spent exploring the happy phenomenon that overtook the twitterverse Sept. 28, 2015. That’s when Mable, an adorable six-year-old Edmonton girl battling cancer, managed to capture the heart of a city and the world in her web.

Two years after her Edmonton adventure, Spider-Mable is still spinning webs of goodwill for the community.

“Ever since her big day, Mable has not been quiet,” her mom shared with UAlberta researcher Matty Flores. “She has spent so much time paying it forward, by being Spider-Mable and helping different organizations out...she has taken the chance to go ahead and do something good with her 15 minutes of fame.”

The eight-year-old, who has finished her cancer treatments, still devotes time to various organizations including the Kids with Cancer Society, Children’s Wish Foundation of Canada and the Leukemia & Lymphoma Society of Canada.

Dressed as Spider-Mable, she spent the day pursuing a villain who had ‘kidnapped’ then-Edmonton Oilers captain Andrew Ference. While taking treatment for leukemia, the little girl had learned she shared ‘radioactive’ blood, just like Spider-Man, a comic book hero created in the 1960s. Her interest sparked, she was granted a wish by a charitable foundation for a superhero adventure, and spent the day following clues in Edmonton. Her adventure took off on Twitter, and gathered enough steam to rack up more than 34,000 tweets and retweets with the hashtag #SpiderMable over 48 hours. The event even caught the eye of prominent public figures like then-Prime Minister Stephen Harper and Alberta premier Rachel Notley.

Flores, a researcher studying communications and technology in the Faculty of Extension, said he was struck by the community engagement and way the story went viral.

The tweets about Spider-Mable’s adventure were overwhelmingly positive, in a time when it’s all too easy to be jaded, Flores added.

“Reading through all the comments, it was clear this story was heart-warming and emotional for people. So much of the time, we focus on the negative parts, but when you use social media properly and to its potential for the greater good, it can totally make a huge difference in connecting people.”

Fascinated by the outpouring of emotion that spread like wildfire on Twitter, Flores, who is earning his Master of Arts in Communication and Technology, focused on why the little girl’s caped capers struck a note with everyone.

The key, he said, lies in a common yearning to be heroes ourselves.

Her story is everyone’s story, he added. “Almost all of our heroic stories are a monomyth--a single, timeless, and universal story--one we can all connect and relate to.”

Through his research, Flores discovered that a popular 1949 theory by mythologist Joseph Campbell, called the Hero’s Journey, is still relevant today and was applied to Twitter conversations by the thousands of people who shared in Spider-Mable’s adventures.

Used by George Lucas when he wrote Star Wars and for other heroes like Harry Potter, the theme always involves a hero who is called on an adventure, overcomes adversity, triumphs, returns home transformed and shares the gift with others, Flores said.

Spider-Mable’s journey—ostensibly to rescue Ference but with the unspoken link to battling cancer—is a prime example of that, he noted.

“It was the sharing of tweets and social media that really helped spread her story. It took a community to write this story on social media in 140 characters. They were writing their own segments, but when you take it all together, it composes the whole Hero’s Journey. That’s pretty impressive.”

More than ever, Flores added, the hero myth, simplistic as it is, has a place in social media’s fast-paced, ever-changing landscape.

“Superheroes are universally understood for what they represent. They are great role models for us to follow. They symbolize something greater for where we currently are.

“The more we can tell stories like Spider-Mable’s and realize the importance of storytelling for local heroes—and they can be anyone who tries to make a difference—it’s important we recognize and encourage this in the community and remember it more so than all the negative stuff. Within each of us is the potential of a superhero.

How the Twitterverse helped ensnare our hearts in Spider-Mable's web