Five experts offer advice on how to stay informed without feeling overwhelmed. 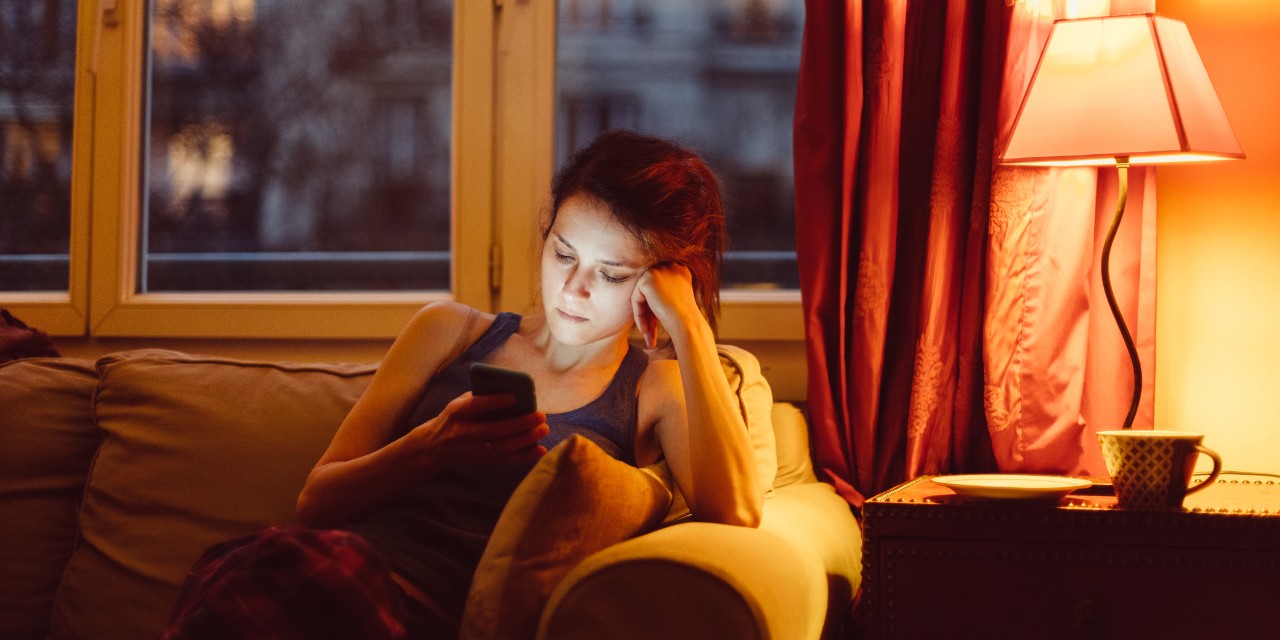 An endless stream of bad news can make us feel anxious and powerless, but turning away from it isn't the answer, say experts who recommend being mindful of how it is affecting us, focusing on positive things we can do and using humour to stay emotionally healthy. (Photo: Getty Images)

There’s a lot to cry about in the news these days.

The relentless news cycle can induce anxiety and depression at the best of times, more so as we live through the COVID-19 global pandemic, climate change, a bottomed-out oil market and widespread layoffs.

So how do you stay informed enough to be a responsible citizen without sacrificing your mental health?

According to U of A educational psychology professor Jacqueline Leighton, turning away from bad news is not the answer, since the healthy response is to “stay awake and active.

“It's actually dangerous to not pay attention—you can’t be naive and think it doesn't impact you,” said Leighton, a registered psychologist and self-described “news junkie” who researches how social and emotional variables influence learning.

But there are ways to prevent anger and despair from eating away at you. First and foremost, she said, it’s important to “check in with yourself” and ask why you’re feeling discouraged.

“It’s often because we feel powerless. We may not be able to control what happens in the world, but we can control the way we respond to it, and how often we turn on the news.”

Even for professional news trackers such as U of A political scientist Greg Anderson, an expert in American politics, it can be easy to succumb to despair.

“I’m exactly the wrong person to be asking about this,” said Anderson, also an American citizen, when consulted about how he maintains enough emotional distance from his subject to see clearly.

“Actually, my studied detachment has given way to more emotional involvement than I care to admit to,” he said. “I find most of what’s flowing out of the White House profoundly depressing.”

Sure enough, Anderson’s blog contains dire predictions about another “bleak and bumpy four years” under President Donald Trump. He has little hope for brighter days.

Limiting news consumption—checking in perhaps once a day rather than every 10 minutes—is a strategy many recommend, as is limiting time spent on social media and seeking out trusted news sources. It’s all in the name of what’s becoming known as “information hygiene.”

Leighton also recommends looking for ways to become more civically engaged at the local level, “so that what’s happening in the U.S. doesn't actually begin to contaminate what’s going on in our own backyard. What’s happening there could easily happen anywhere else.”

One form of action is to simply talk to each other, she said. Form communities of like-minded people and “bear witness” to things we know are wrong.

“That's one of the great things about how people came together to mourn those victims of Flight 752—it was very active. We didn't change the outcome, but we were able to be there and comfort each other.”

Constant vigilance against misinformation is also a crucial tactic for keeping despair at bay, said Leighton, starting with checking sources to make sure they’re trustworthy. At the same time, we need to guard against confirmation bias.

“If we tend to be pessimistic, we're going to gravitate towards information confirming that pessimism, and we stop when we hear what we want to hear.

“The question for all of us is, is there something else I should know about this topic, a different way of understanding or reinterpreting it?”

Alexandra Fidyk, a professor of secondary education, points out there’s a difference between a healthy and necessary emotional connection to the news—being "responsibly engaged, because you care and something matters”—and allowing despair to take over.

Fidyk agrees that self-interrogation is crucial: “What are the elements that have me activated? What can be done about this situation? What is important is not to be flooded by emotion or to feel one's actions don't matter.”

She advises learning to “self-regulate” to prevent one’s “hyper- or hypo-aroused autonomic nervous system from taking over.” This includes various forms of meditation and mindfulness.

“Breathe, stretch, slow down, use rhythm, sing, use fluid body movements like swaying so as not be swept away by the emotion,” she said.

“We need to be present to make a difference, and presence begins with our own self-regulation.”

As an expert in global terrorism, political scientist Andy Knight has his eye on some of the most traumatic and harrowing subjects imaginable—female suicide bombers, child soldiers, and most recently, survivors of Boko Haram’s 2014 kidnapping of schoolgirls in Nigeria.

While it’s a constant fight to resist being drawn into a spiralling circle of negativity, it helps to realize that history often repeats itself, he said. When the pendulum swings one way, it eventually swings back again.

“We tend not to learn from history, and as a result, we end up being in this negative state of mind,” he said, adding it’s crucial to stand up for science, knowledge and truth, and to call out anti-intellectual populism wherever possible.

As a teacher and scholar, he also sees it as his role to ”keep hope alive, and make sure we don't not allow the negative stuff to become the norm.

“We have a responsibility not just to bear witness, but to be active in trying to counteract the negativity, to remember there's hope at the end of the day,” even though seeing the bright side might be hard to see at this particular moment in history.

“Some of my students are concerned that politics is so negative, why get involved? And that’s fine, not everyone has to. But the reality is, even if you're not involved in politics, politics is going to involve you. So you better have a strategy of dealing with it and not just bury your head in the sand.”

Native studies professor Kim TallBear takes a less serious approach to processing bad news, especially when it comes to colonial exploitation of Indigenous people, and what she calls “the absurd ethical nature of greedy, hateful corporate and colonial extraction of natural and human resources and the violations of Indigenous governance globally.

“I try to write humorously when I can,” she said. “It's more fun than raging, and it's better for my own emotional health. I don't actually know if anyone else finds me funny, but if I do, that's enough.”

The first thing TallBear does every day, even before getting out of bed, is log on to her favourite news site to set her on the right path.

“Often my first LOL of the day happens when I read a Walking Eagle News tweet,” she said.

“Humour helps me retain a critical analytical edge without descending into despair and hopelessness. I get rejuvenated when I heckle the ignorant and hateful while critiquing them.”

In the end, however, following advice on emotional self-regulation might be a lot easier to dish out than to follow.

Consider, for example, that Anderson and Leighton are married to each other. For Anderson, proximity to expertise on dealing with bad news hasn’t given him much of an advantage.

“I suppose tactics for coping haven’t transferred well in my case,” he said.