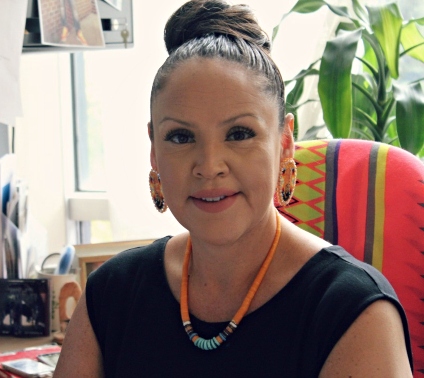 Shana Dion, assistant dean of First Nations, Métis and Inuit students, says taking the time to research the history you're acknowledging will help you create a territorial acknowledgment "that comes from the heart." (Photo: Jordan Mae Cook)

How to do a territorial acknowledgment

If you’re going to recognize the Indigenous history of the land you’re on, here are five ways to make it meaningful. 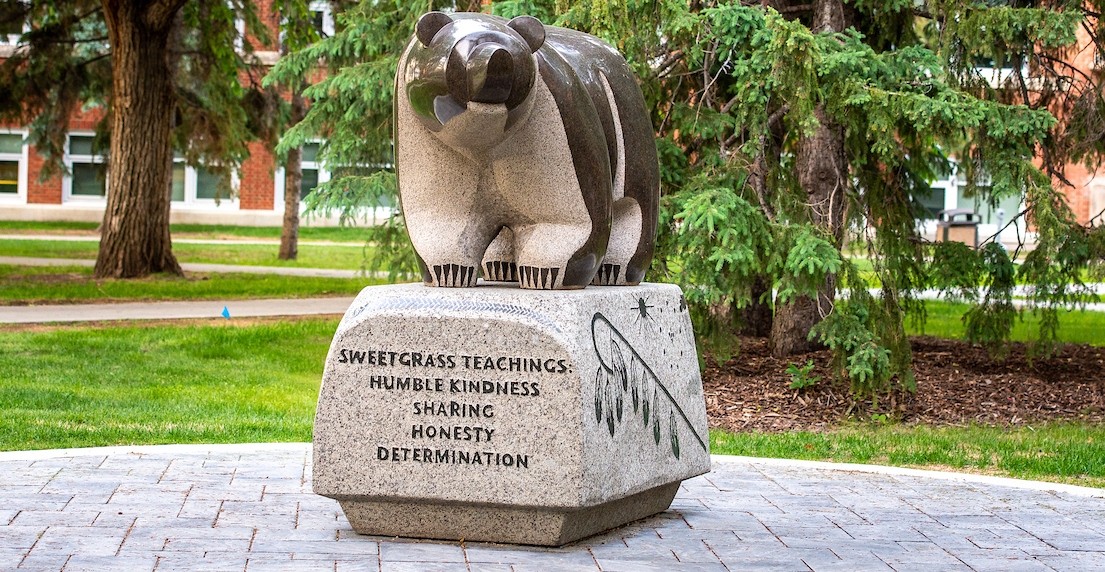 The U of A's territorial acknowledgments, created in consultation with Indigenous people on campus, recognize that the university is located on Treaty 6 territory and signify respect for the histories, languages and cultures of all Indigenous peoples of Canada. (Photo: Richard Siemens)

If you’re going to do a territorial acknowledgment, make sure it’s coming from a good place, say Indigenous leaders at the University of Alberta.

“I see [territorial acknowledgments] happening more than ever before. We just have to come to the same grounding, space and understanding of each other. Knowing our histories, unpacking our truths, unpacking the history we were told, really that’s what it comes down to,” said Shana Dion, assistant dean, First Nations, Métis and Inuit students.

A territorial acknowledgment is just that, she added—an acknowledgment that before whatever is currently on the land, it was previously occupied by our ancestors.

It’s a tradition that dates back centuries, commonplace in ceremonies that occurred long before settlers came to the land now known as Canada. But it’s only recently, spurred by the impact of the Truth and Reconciliation Commission, that these acknowledgments have become common at official events.

So how does one do a respectful territorial acknowledgment? Dion shares her thoughts.

Begin with the acknowledgment

To start things off in a good way, the territorial acknowledgment should be said by the first person who speaks at the event, Dion said.

“It should come immediately to give grounding to everyone in that space,” she explained. “You need to let people know where they’re seated, where they’re learning and where they’re breathing—setting the stage to say, ‘This is the space in which we sit, let’s acknowledge that.’”

The key to an acknowledgment is knowing what you’re speaking about, said Dion.

“It’s about figuring out the histories of the territory that you’re in. Whether that means talking to someone, reaching out to people who have done this before, or Elders, whatever the case may be, there are people who can provide you feedback,” she said.

Finding out that information is an act of respect and an acknowledgment that the land we’re on is shared among peoples, Dion said.

For those who genuinely don’t know where to start, Dion said, their first step should be doing some research.

“If you just don’t know, read a suggested book like Indigenous Writes by Chelsea Vowel or take the U of A’s Indigenous Canada MOOC. It’s up to the individual how much they really want to invest in this, and to me it’s a huge investment, to get this right.

“You need to be able to do the work. Otherwise, I don’t know if there’s meaning behind it.”

Acknowledging the land you’re on should be more than just checking a box, Dion said. People should know what the words they’re saying refer to, and mean the words they say.

“People will feel that energy in the room if you’re doing it ‘just because’ and there’s no heart to it. You have to give words meaning,” Dion said. “It’s like, ‘I really want to help you.’ Those are just words if there’s no meaning behind it. Say what it is that you’ve learned, and do your best to bring meaning to it.”

“It’s going to take time for people to get comfortable, and we have to allow for that,” Dion said. “I don’t think we should be so harsh on people who are trying. And I don’t think it has to be overwhelming for anyone.”

Dion pointed to the statements that are available on the U of A website. They came out of conversations, consultations and town halls with First Nations, Métis and Inuit people on campus, and are intended for people who want to do an acknowledgment but have no understanding of where to start from. Though the university may soon begin another consultation process to modify these statements, they can still be a good place to start for those who need help.

“Keep it simple. If you are going to honour all of the tribal names, then please learn how to pronounce them before you get in front of your audience,” Dion said.

“I would like for people to be able to acknowledge the land on which we are gathered, that comes from the heart.”

How to do a territorial acknowledgment