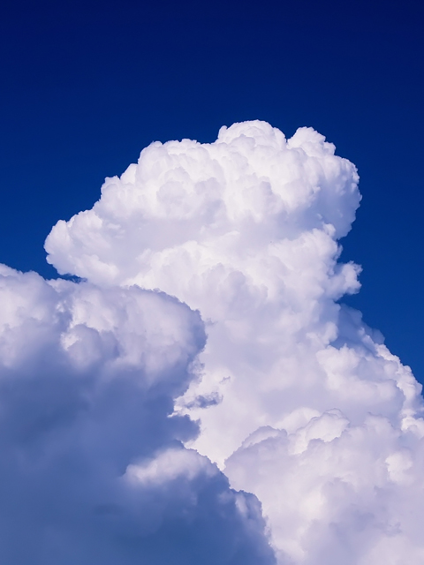 How to enjoy Alberta’s summer skies—day and night 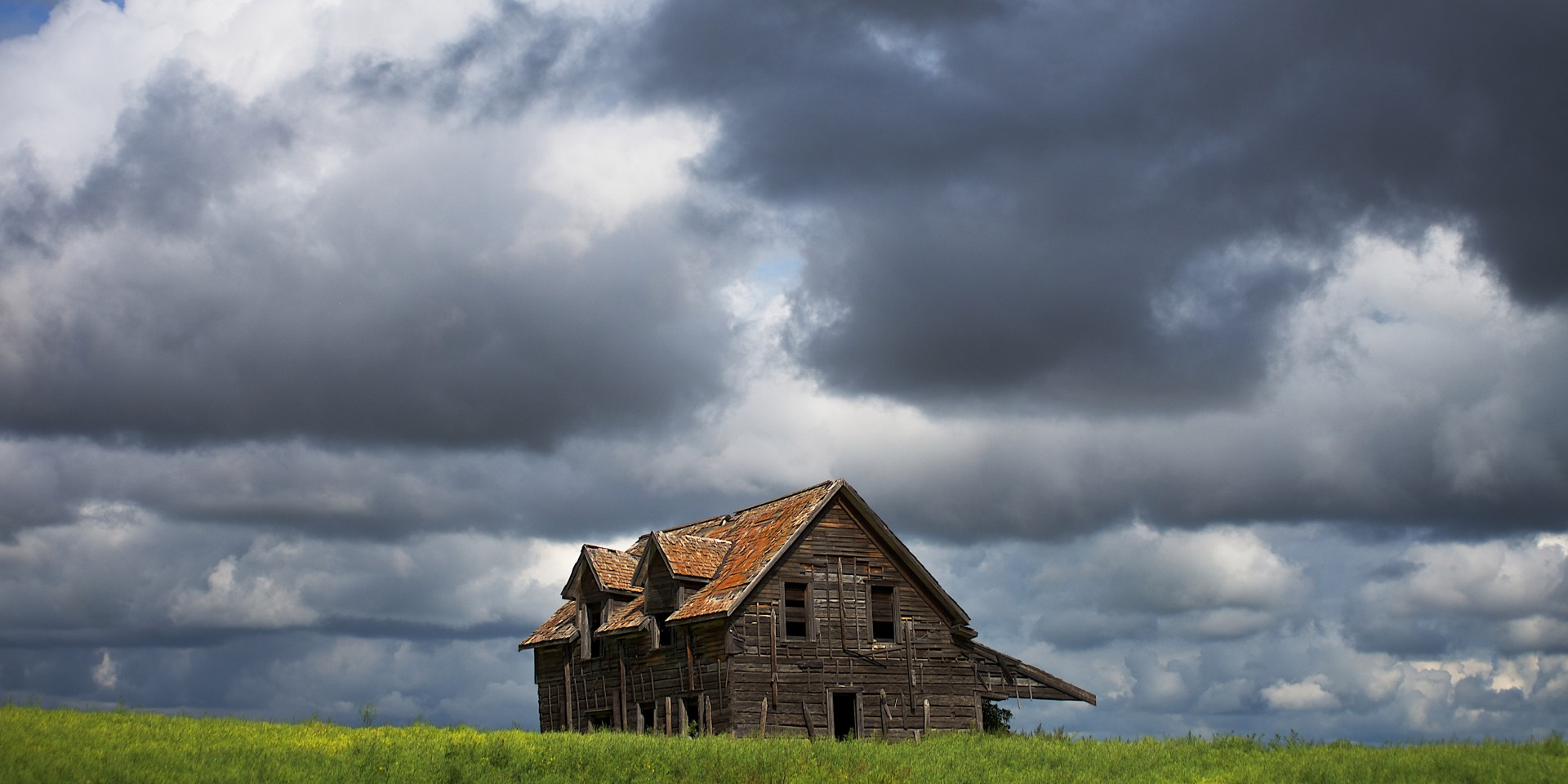 The prairie sky offers the backdrop for some amazing vistas. The Alberta sky also offers some clues about the coming weather, which can be a handy tool for vacationers. (Photo: Mark Iocchelli via Flickr, CC BY-NC-ND 2.0)

Summer vacation is a time to enjoy the great outdoors—including the skies above us, say University of Alberta experts.

Alberta’s heavens offer up a constantly changing canvas of beauty both night and day, said Sharon Morsink, director of the University of Alberta Astronomical Observatory in the Faculty of Science.

“The sun is up for most of the day—about 17 hours—so there’s lots of opportunity to enjoy some interesting sights, from fluffy clouds to sunspots,” and on the flip side, night skies also offer truly beautiful views, she said. “It’s a time of year when it’s warm enough to be outside after dark, so you can enjoy the view without the distraction of being cold.”

Knowing how to read the sky is also a handy skill for vacationers to have, said John Wilson, a U of A professor of earth and atmospheric sciences. “The more you know about the state of the atmosphere, the more likely it is you’ll be able to anticipate the short-term development of weather, and that can be quite helpful if you don’t have access to the internet or a radio.”

Look up, way up, to check out these summer sights.

Typical clouds in Alberta include these types, said Wilson.

Fairweather cumulus is a light, puffy cotton ball cloud that can either dot or blanket the sky, but it’s shallow so it lets the sun shine through, and it’s a good-news cloud. “They show that the sun is heating the ground, so warm, moist air is rising and forming the clouds, but the atmosphere isn’t letting them grow too deep. It’s known as a fairweather cloud; we are probably not going to get the type of aggressive cloud development that can lead to thunderstorms.”

Towering cumulus, as its name implies, is a “beefy-looking cloud,” up to 10 or more kilometres high that often grows in front of your eyes, Wilson said. Shaped like a cauliflower with multiple heads, this type of cloud is a tell-tale sign that air is rising deeply from the Earth’s surface, sometimes up to 12 kilometres high. “These are the clouds that are very vigorous, and can be the precursor to very violent weather.”

Stratiform clouds, also known as layer clouds, may mean you’re in for a gray, dull sort of weather day if they are thick and continuous. Caused by air that rises slowly into the atmosphere due to storms, these sun-blocking clouds often fill the entire sky, stretching from horizon to horizon, and can persist for hours or even days. A particular version of the layer cloud, called stratocumulus cloud, can appear either as an unbroken but textured layer, or as a broken layer that lets some sunlight peek through. When following a cold front, the gaps in a stratocumulus layer will expand until eventually the sky is populated by the friendlier fairweather cumulus. Instead of a heavy blanket of cloud, look forward to bright, tranquil weather.

Noctilucent clouds, also known as night-shining clouds, can be glimpsed if you are willing to stay up well past bedtime until 2 or 3 a.m., said Morsink. Since it’s best seen at northern latitudes, “Alberta is great for viewing these clouds.” Formed by ice crystals, noctilucent clouds are thin, almost veil-like and at their best, electric blue. “When you see them, you’ll say to yourself you can’t believe how beautiful they are.” 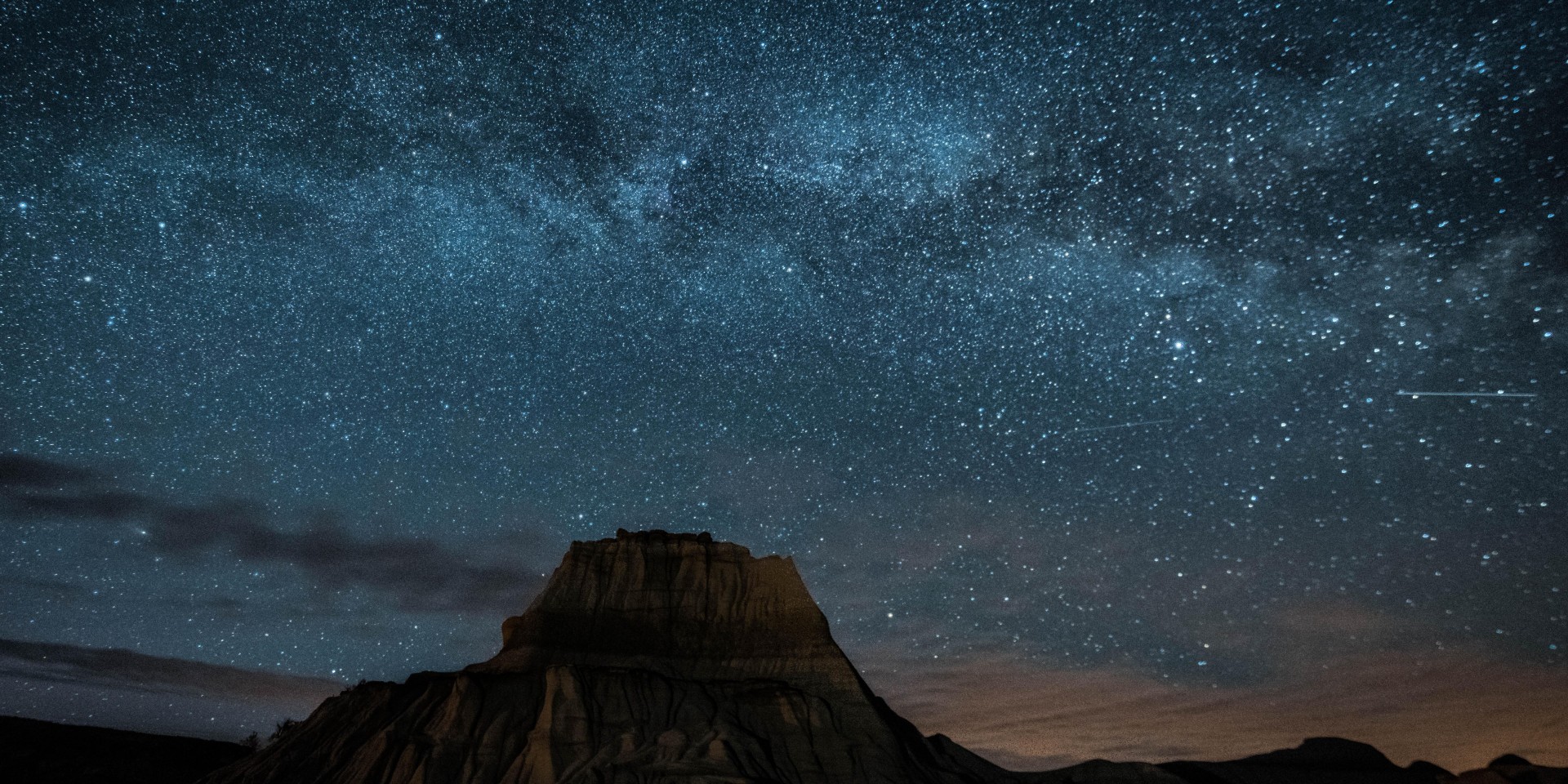 Jupiter and Saturn, the two largest planets in the solar system, shine brightly through a pair of binoculars. “On a good night you can usually see between two and four of Jupiter’s brightest moons, and you can tell Saturn is kind of fat, and if you view it through a telescope, you can see all of its rings,” Morsink said.

In August, the Milky Way—the galaxy we live in—is particularly easy to see, especially outside the city, away from light pollution. It’s filmy, star-studded curtain fills the sky. “It has 200 billion stars and looks like a milky smear of light.”

Star-gazers can also look for the ‘summer triangle’, a skinny configuration of three stars, Vega on the top right, Deneb on the top left and Altair down below. They create an upside-down triangle.

No smokescreensCampfires are great, but not for star-gazing. “It produces smoke and bright light that get in the way,” said Morsink. Walk away from it or let it die down so your eyes can adjust to looking at the night sky.

Harbour a habitFind a dock and a lake to view the night sky, Morsink advises. “It’s a great place to enjoy the moon’s reflection.”

Lay low“When you are looking up at the stars, your neck can get very tired. So if you want to enjoy the stars for a while, get horizontal and look straight up,” Morsink advises. Find a picnic table, the above-mentioned dock, or ‘drag out your foam sleeping pad” and lay back to enjoy the stars.

If you plan to make a stop at a public observatory such as the U of A or at Telus World of Science, be sure to look for these oddities caused by occasional hiccups in the sun’s magnetic field.

Sun spots appear as darker areas on the sun, and are around 4,000 Celsius, slightly cooler than the 6,000 C of the rest of the surface.

Solar filaments and prominences can be caused by large regions of dense, cool gas held in place by the sun’s magnetic field. Filaments show up as long, thin black lines, while prominences look like bright arches extending out from the sun’s surface. Lucky viewers can sometimes see both of them at the same time.

Early-morning summers tend to offer soft, misty sunrises brought on by cool night air. “There’s a creeping amount of light coming in, until suddenly there’s the sun. It’s a serene time of day, when you can really connect with nature,” Morsink said.

Sunsets, which linger until around 10 p.m., can be quite dramatic if the sun is peeking through cloud cover, offering lots of reflected colors like purple, pink, red and orange. “Every sunset can be totally different and you get to learn how much the sky offers.”

How to enjoy Alberta’s summer skies—day and night
Newsroom