“The attraction for these places are the natural features, rather than the built features that seem to draw our attention. Go to these places to enjoy what they are there for.”

How to enjoy Canada’s national parks responsibly this summer

5 things for which to be mindful when visiting natural areas 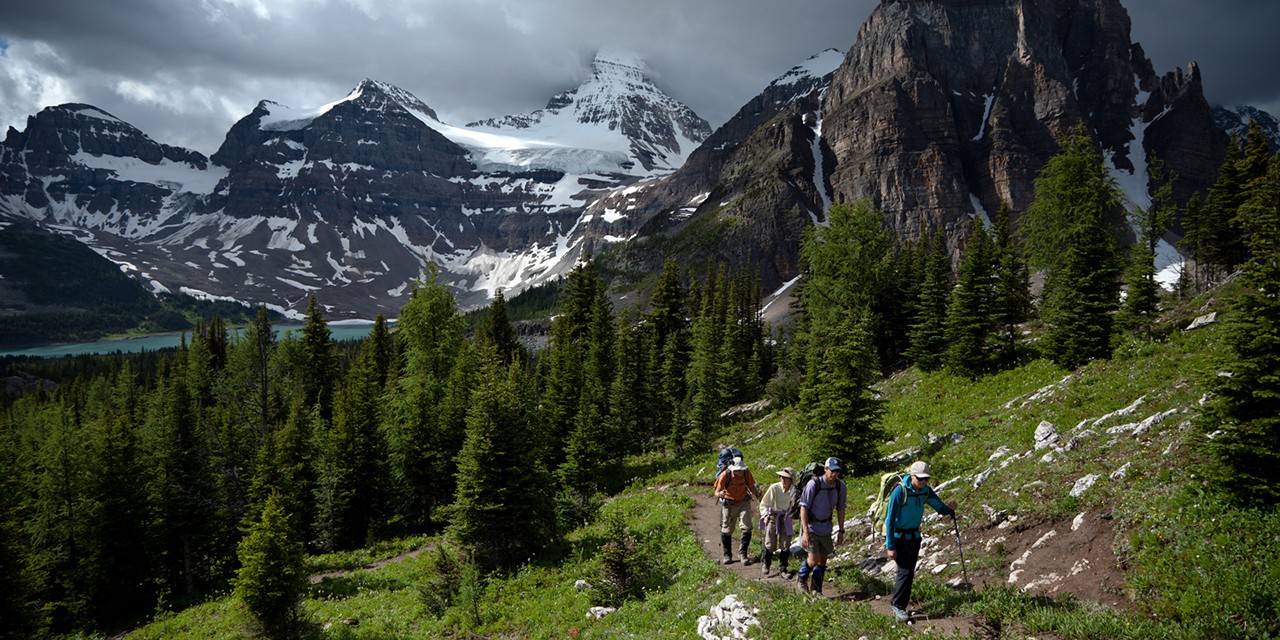 As part of the Canada 150 celebrations, there is free admission to Canada's 47 national parks this summer.

Protecting our national parks while also encouraging hordes of visitors to explore them can be problematic but a UAlberta environmental science and geography expert has some sound advice for making the experience pleasant for everyone.

While free park admission passes are a good thing, according to Glen Hvenegaard, they should be approached with care.

The former park warden whose research interests include the conservation aspects of ecotourism and park interpretation, offers the following advice for anyone planning to mark Canada 150 with a visit to one of our country’s 47 national parks.

“Make use of this wonderful system of parks we have, but do so intentionally,” Hvenegaard said. That sentiment should extend across your visit, guiding where you decide to go, what you bring, how you get there, and what you do when you’re there.

Hvenegaard expects this year’s free parks pass to cause some already crowded places to be even busier this summer. Avoid traffic jams and crowded trailheads by being prepared. Try a mid-week trip between the peak and off-peak seasons, for example, or choose a less popular park to visit.

Once you’re out on your adventure, follow the rules. Respect wildlife, the natural environment and staff working in the park, he said.

Sure townsites in some parks like Banff and Jasper, Alta., have cute shops and trendy restaurants. But venture off the main drag to discover what the park is really about.

“The attraction for these places are the natural features, rather than the built features that seem to draw our attention,” Hvenegaard said. “Go to these places to enjoy what they are there for.”

So turn off your Wi-Fi, get out of your car and head down a trail. For Hvenegaard, a personal favourite is Parker Ridge, a short hike with stunning views that starts just south of Jasper National Park’s Icefield Centre. For short hikes outside Alberta, Hvenegaard recommended exploring the Giant Cedars Boardwalk in Mount Revelstoke National Park or the Rainforest Trail in Pacific Rim National Park Reserve in British Columbia, Point Pelee National Park’s Marsh Boardwalk in Ontario, or the Narrows Peninsula Trail in Saskatchewan’s Prince Albert National Park.

In the Rocky Mountains, the Athabasca Glacier is shrinking. Signs show where the toe of the ice mass once reached; you can clearly see the glacier’s great retreat.

Not every national park has such a vivid illustration of climate change, Hvenegaard said. But no matter where you visit this summer, know that your actions — inside and outside the park — have an impact.

Be mindful of your effect on the environment. Hvenegaard suggested carpooling or using public transportation to get to the park. If you’re looking for more, Parks Canada has a list of fun ways you can help the environment during your family vacation.

When it comes to the beginnings of our national parks, “there are some histories that we chose to forget,” Hvenegaard said.

In some parks, for example, Indigenous people who once occupied the land were evicted or weren’t allowed to use resources they had long depended on. Four of Canada’s western national parks—Banff, Jasper, Mount Revelstoke and Yoho—had First World War internment operations where prisoners of war constructed roads and cleared land.

Rather than ignore these difficult topics, Hvenegaard recommended asking tough questions. Why was this park created? What are the problems facing parks today? What are the current challenges of Indigenous groups in and around these places where they traditionally lived?

“Ask some of those probing questions to learn more, and don’t just accept the one paragraph that’s on a sign along the roadside,” he said.

After your visit to a national park is over, don’t just go on your merry way.

“All these places have great benefits. We need to document those and share those great stories,” Hvenegaard said.

He wants to see more people involved in supporting our parks, whether by participating as citizen scientists recording and reporting observations about, say, water quality, or by joining advocacy groups.

“I think the best thing is to take your family out, take your children, take your grandparents, take whoever and just go experience [the parks],” Hvenegaard said.

“They are places that we can only get fully involved in if we fully appreciate them.”

How to enjoy Canada’s national parks responsibly this summer