How to future-proof Santa

From the suit to the sleigh, jolly old Saint Nick is overdue for some upgrades.

From suit to sack to sleigh, a few high-tech improvements could give Santa's annual gift-giving operation a much-needed boost.

Here comes Santa Claus, with his jelly belly and his sleigh full of toys and his tiny reindeer, just as expected. But what if the jolly old elf wanted to jingle his way into the 21st century? Get more high-tech with his gear?

Technology has evolved enough to upgrade everything from his bright red suit to his soaring sleigh, and University of Alberta researchers know just how to make it happen. 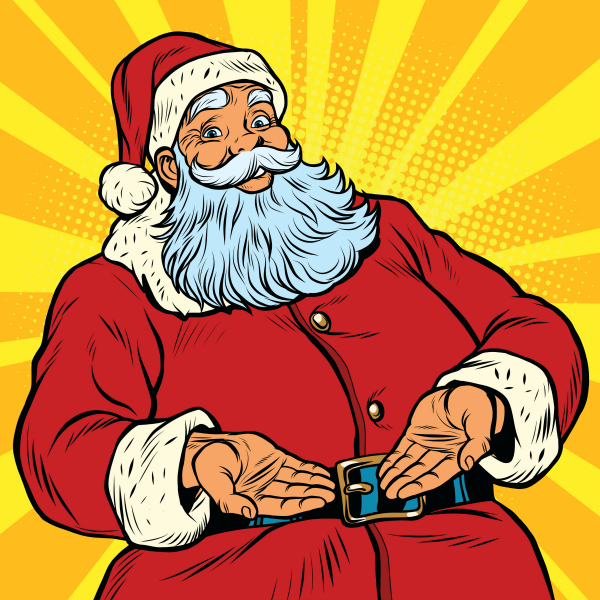 Santa’s not Santa without his famous suit, but it needs some tweaking from both old and new technology to stand up to severe wind chills and tropical temperatures alike as he circles the globe high in the Christmas Eve sky.

Santa’s not Santa without his famous suit, but it needs some tweaking from both old and new technology to stand up to severe wind chills and tropical temperatures alike as he circles the globe high in the Christmas Eve sky.

“He needs to change the red velvety stuff, and he could benefit from using both old and new technology,” said dress historian Anne Bissonnette. “He needs higher-performance garments.”

While Santa sports fur on his collar and cuffs, he also needs to take a cue from ancient Inuit wisdom and line the inside of his coat with fur—a lesson Bissonnette herself learned when she first experienced an Edmonton winter.

“I had plenty of coats but they didn’t do minus 30,” she said. Inspired by an Inuit doll exhibit she’d been working on, she made herself a greatcoat lined with raccoon fur recycled from an old jacket.

The dense undercoat, covered in a longer fur, did the trick to keep out bitter winter winds.

“The two densities trap the air inside and keep you really warm—this is perfect for Santa.”

Underneath, he also needs a form-fitting base layer—in this case, said fabric researcher Rachel McQueen, a knitted garment of polyester or merino wool.

“Santa, being more of a traditionalist, would probably go for the wool. He’ll need it to wick moisture away from his skin to his outer layers. He’s going to be doing some heavy lifting, getting a bit of a sweat up, getting in and out of the sleigh a lot,” she said.

Despite his generous waistline, St. Nick also needs to wear an insulating middle layer to keep that ample belly cozy—either a polyester fleece or a lightweight, fibrefill quilted jacket.

And what’s on the outside of that fur-lined jacket? Not red velvet, but Gore-Tex, a waterproof, windproof, breathable fabric membrane to keep out the rain and snow, and with zippers under the arms for when he hits the tropics and needs to ventilate. He can top off the look with shearling sheepskin-lined mittens, merino wool socks, ski goggles that don’t fog, and in place of his jaunty stocking cap? Bissonnette suggests a helmet.

“He’s flying around out there and could get hit with a drone!”

But if he really wanted to go incognito from prying eyes and surveillance cameras, Santa could lose his traditional duds altogether and don a metamaterial suit of active camouflage, said materials engineer John Nychka. Made of materials with properties not found in nature, like metal or plastic, the suit would be studded with tiny cameras that take video of the surroundings and then project them back onto the material. 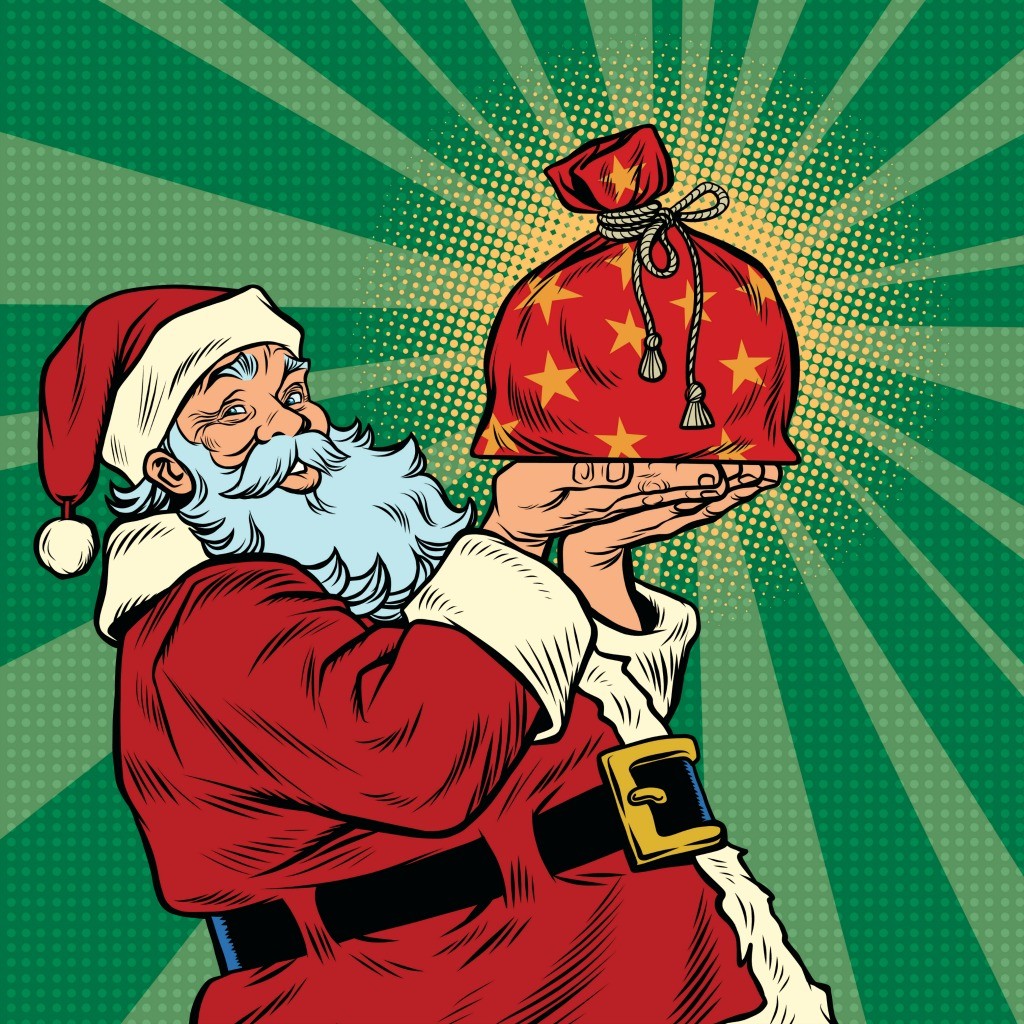 With a new sack made of nanotech fabric, Santa could save time and storage space.

With a new sack made of nanotech fabric, Santa could save time and storage space.

The gigantic bag of toys stuffed into the back of the sleigh gets pretty stretched, but thanks to nanotechnology, it can get its bounce back while adding extra glow to Santa’s big scene.

Nanotech expert Jillian Buriak suggests the next one Mrs. Claus sews up should be made of an elastic fabric composed of sheets of carbon nanotubes, a tube-shaped material made of carbon which has electronic, magnetic and mechanical properties. When powered by a battery or thermoelectrics—electricity generated by reindeer body heat as they fly through the cold air—the fabric takes on almost magical qualities.

“The advantage to Santa is that this fabric also conducts electricity, particularly as it shrinks, so he could use it to ensure that the electronic toys in the bag are all fully charged when they arrive under the tree,” Buriak said.

And thanks to interfaced LED fibres that glow, the bag could also put on a show in the sky, changing colours as it changes size.

Or, a sack made of polymers might be the trick for handy storage after Santa finishes his work Dec. 24, said Nychka.

“Memory polymers can stretch into a big long filament, but when you add a temperature change, they can spring back into shape. So maybe Santa clicks a switch that heats the bag so it contracts back to its usual shape, which is very tiny. Small enough to tuck into his pocket.” 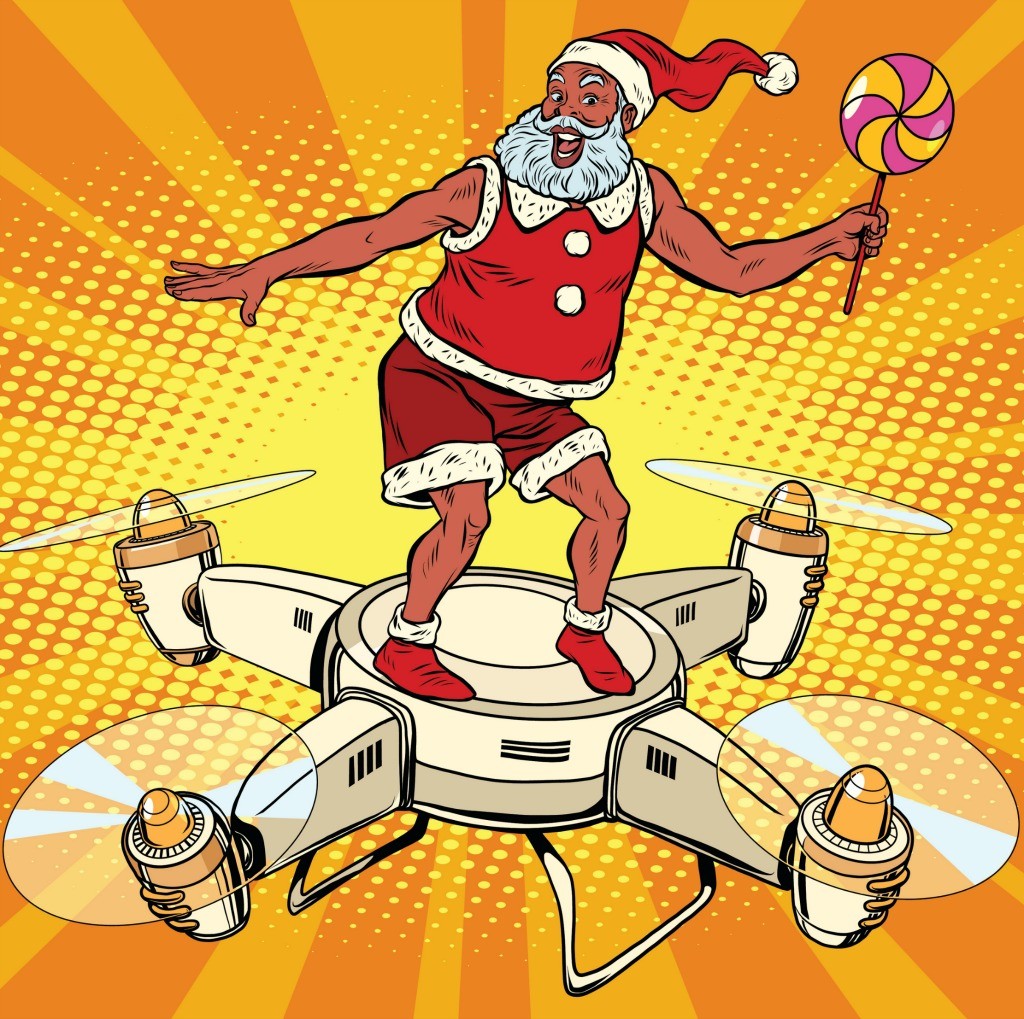 Moving at nearly 10 times the speed of sound in a hypersonic sleigh, Santa could circle the globe in less than three and a half hours.

Moving at nearly 10 times the speed of sound in a hypersonic sleigh, Santa could circle the globe in less than three and a half hours.

Meanwhile, those eight reindeer could give a running start to a new high-speed sleigh, then coast for the rest of the trip.

Nychka proposes Santa trade in his old model for a hypersonic scramjet engine, which has no moving parts but travels 11,854 kilometres per hour, meaning he could fly around the Earth in just three hours, 24 minutes. In fact, NASA’s prototype might come in handy.

“Maybe Santa is testing it this year. It’s perfect if if he wants to go really fast but doesn’t want to have a lot of maintenance,” he said.

Rudolph and his friends would still have a place in the Christmas story: they’d be needed to get the craft off the ground.

“A scramjet can’t just lift off from the rooftop, so we still need the reindeer to get it up to speed. Then they could be towed,” explained Nychka.

Clad in a thin titanium alloy skin treated with different nitrides and oxides that reflect light and create beautiful metallic purples and blues, the scramjet sleigh would be crafted from alloys, maybe ceramic composites, Nychka suggested.

“It’s very challenging, as the materials don’t really exist for commercial use yet.”

But, he notes, that’s how titanium alloys were invented when, during the Cold War era, scientists and engineers needed to find an aircraft material that wouldn’t lose strength at elevated temperatures caused by air friction at high speeds.

“We wouldn’t have those materials today if people didn’t want to go really fast.”

A helping hand for Santa? 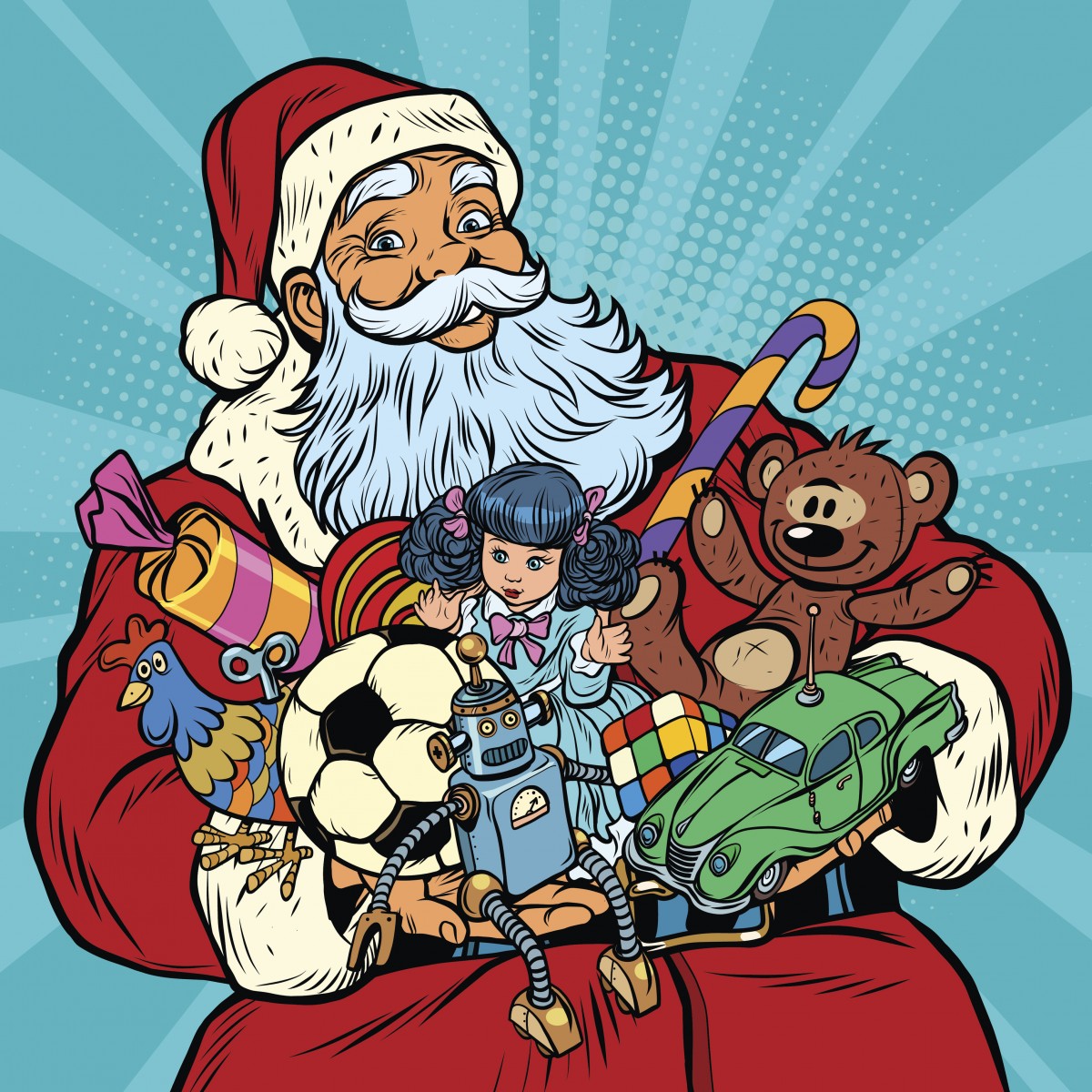 Santa has to carry millions of toys. Bionic arms could extend his ability to hand-deliver them—and grab the treats kids leave behind.

Santa has to carry millions of toys. Bionic arms could extend his ability to hand-deliver them—and grab the treats kids leave behind.

The ultimate 21st-century upgrade could very well be to Santa himself, said Patrick Pilarski, a researcher in machine intelligence.

Instead of having to squeeze down the chimney himself, Santa could use bionic body part technology, Pilarski suggested.

“To avoid lit fireplaces or chance encounters with children, he could use a telescoping arm with a camera in the palm, so he could do a flyby and just shoot the presents down the chimney. The arm would look around the room through the camera and position the presents under the tree, then pop back out.”

Taking it a step further, Santa could also make use of new Handi Hand technology that Pilarski and his colleagues are developing.

“He’d be very hands-on; you could imagine him with many Handi Hands he keeps in a bandolier.” Painted red and coated with heat-resistant Kevlar, the additional appendages could allow many presents to be, er, hand-delivered simultaneously. “He could just put himself in many places at once, and that’s really cool.”

How to future-proof Santa
Newsroom