How to manage your finances in the time of COVID-19

An accounting expert offers a wealth of advice—starting with not letting your net worth define your self-worth. 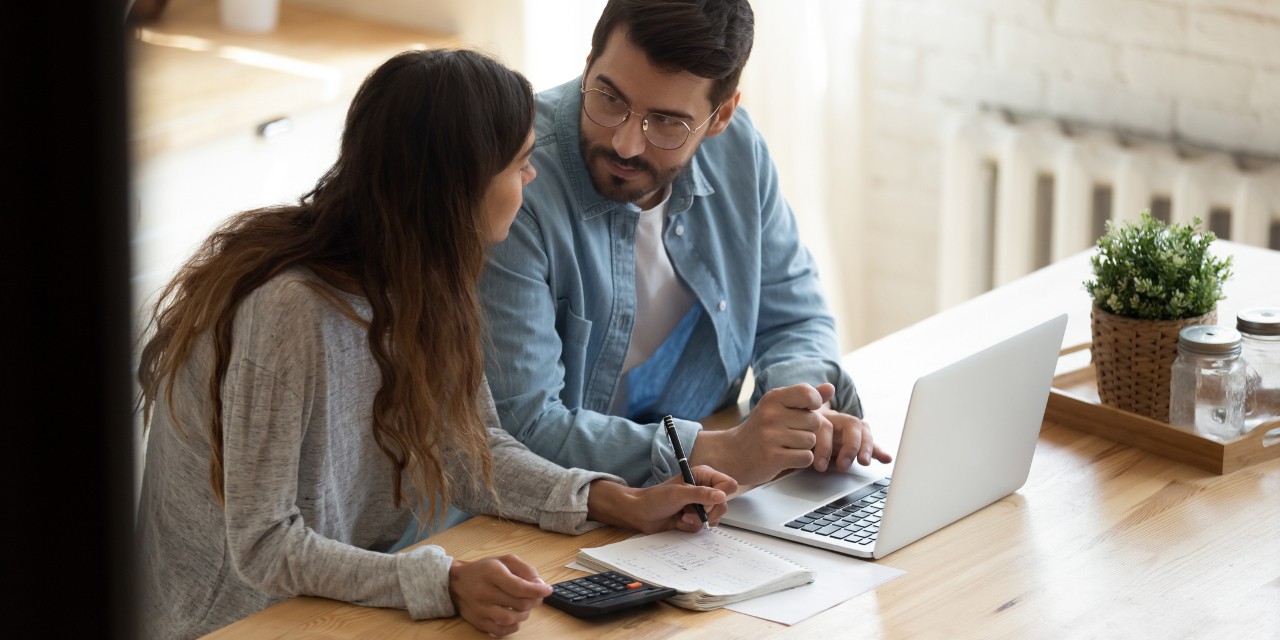 Managing your money during an economic shutdown can be a struggle, but some sensible strategies can help you steer clear of bad debt and overwhelming bills, according to a U of A expert. (Photo: Getty Images)

People struggling to pay their debts in a crippled COVID-19 economy can’t avoid tough choices, but shouldn’t let it crush them, says a University of Alberta financial expert.

Feelings of fear, frustration or shame can overwhelm clear-headed thinking needed to tackle tough times, but try not to internalize it, advised Mike Maier, an accounting expert with the Alberta School of Business.

“Don’t define your self-worth by how much you have,” he said. “That can lead to low self-worth and makes it hard to think about the future and how to build towards that. You have to keep that orientation to the future, knowing things will get better.”

While circumstances differ for everyone, it’s smart to develop a plan to deal with household cash crunches, he advised.

Cut back your household budget as much as you can to meet the most basic needs first—food and shelter.

“Food bills can usually be trimmed—sometimes by a lot. Don’t buy junk food, focus on nutritious choices and cook more at home instead of ordering in,” said Maier.

To pay the rent, people short of money should make the most of government programs like the Canada Emergency Response Benefit that offer some short-term aid to help bridge the gap, Maier said.

Similarly, homeowners who can’t keep up mortgage payments should talk to their banks about deferring those instalments for up to six months, a measure recently encouraged by the federal government. It will cost the homeowner more in interest payments down the road, but provides some interim protection for people who’ve already invested a lot of money in their homes.

“It’s a much better option than losing the equity you already have,” said Maier.

Transportation is the other basic need people may have if they need a vehicle to get to work, now or in the future. Continue making loan payments on that vehicle, but consider selling second or third family vehicles.

Depending on whether you still have an income, there are a couple of options for handling large debt, Maier said.

Those with a steady income source—even a reduced one—should still try to make minimum payments on their debts. It will take longer to repay a loan, but keeping up minimum payments helps protect their long-term credit rating. They should also ask lenders to consider a reduction in interest rates.

“If the situation is serious enough, you should ask for the help; you want to avoid declaring bankruptcy if possible,” said Maier.

People with no steady income face tougher choices, he said.

“If you have no income or are unemployed with no prospects for improvement, you’re going to have to look at the potential for declaring bankruptcy or for a consumer proposal—a process overseen by the court which has a professional working with creditors on your behalf to come up with a debt repayment plan.”

Unfortunately, both measures will damage a person’s credit rating for some time: bankruptcy stays on the credit record for seven years, and consumer debt proposal for three years after completion of the proposal process.

For assistance, people should turn to licensed insolvency trustees—federally regulated professionals who advise on whether bankruptcy or a consumer proposal is the most workable option. They can also deal with creditors on the debtor’s behalf, Maier added.

“An RRSP is protected against bankruptcy and is a cushion for retirement as long as contributions were made at least 12 months ago. If you pull money out, you’ll have to pay tax on it and you’ve lost out in the long run because you don’t get the RRSP contribution room back.”

The same applies to registered education savings plan funds set aside for children’s education. Those funds are also protected from bankruptcy action in Alberta, and there’s a penalty on drawing on them for non-educational purposes.

But tax-free savings accounts are the exception to the rule, Maier said.

“There’s no penalty for pulling the money out, and you would get that contribution room back the following tax year and can build it up again when times get better. There’s also no bankruptcy protection for TFSAs, as they’re considered a regular asset.”

Whether you’re able to stay on track with loan repayments or looking to the future after bankruptcy, try to establish and preserve a good credit rating, Maier advised.

“A credit rating determines whether you get loans in the future and the interest rates you will pay. If you’ve got a credit score below 650, it will be difficult to get any kind of loan, or you’ll have to pay high interest.”

As part of that, avoid cancelling credit cards as a hasty cost-cutting measure if you are keeping up with payments, to show you are not a high credit risk.

“For instance, if you have two cards with a total limit of $10,000 and you owe a total of $2,500, you’re only using 25 per cent of your available credit, so you’re not looking too risky to most lenders at that point,” Maier explained.

“But if you cancel one of those cards, your total credit limit drops to $5,000 and you’re now looking much more risky, so your credit rating will drop. Lenders want to see you using no more than 50 per cent of your credit limit.”

The economic upheaval of COVID-19 should have us thinking about spending money more carefully in the future, Maier said.

Aim to be as liquid as possible, he added.

“Cash is going to be king. Make sure to have enough on hand to pay the bills going forward, as opposed to tying it up in speculative markets, because it will be tough to borrow money from the banks in a couple of years. At some point the government financial support of individuals and businesses will be pulled back and the banks will be sitting on a lot of losses.

“We have to define what is essential for life in many respects; what we need to live, versus a lot of the extras. Do we necessarily need that high-end automobile, or two or three vehicles?”

People will also need to be more disciplined about saving money, he said. While that can be tough when meeting obligations like food and shelter, try to eke out small savings where doable.

“Can you shop at a cheaper store, or are there cheaper substitutes for what you need?” Maier suggested.

And as the economy stabilizes, save as much as possible.

“A good rule of thumb is putting away what you need to live for six months without a paycheque.”

Be choosy about taking on debt

“Debt should be a tool. Good debt is an investment in your future, like a student loan or a mortgage or purchasing a vehicle you need for work,” said Maier.

Also beware of credit purchases made because of low weekly or monthly loan payments which are spread over several years, Maier cautioned.

“If you can only afford the payments because they go on for 84 months instead of 60 months, you should ask, do you need this?”

And make sure credit cards are paid off in full and on time to avoid paying high interest.

“Anyone who can’t pay off a credit card in full every month should not be using it. It ends up costing a lot more than if you had just paid cash. Keep your credit line open for emergencies, but try not to use it.”

How to manage your finances in the time of COVID-19