How to save a life

Documentary filmed at U of A Hospital’s transplant centre details dramatic life and death decisions around organ donation. 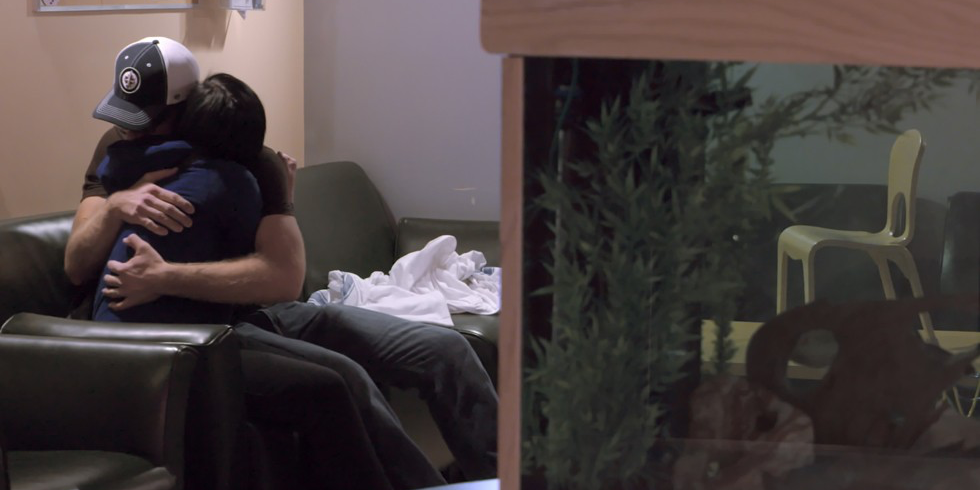 James Shapiro can’t pinpoint exactly when he knew he wanted to be a surgeon but the son of a family physician remembers rummaging through his dad’s office as a child, immersed in a world of possibility.

“I was completely fascinated—not so much at that point by the medicine aspect—but by all the things you could do to patients. It was a bit frightening really seeing all the instruments and needles and scalpels but I was completely obsessed with that and I knew I wanted to be a surgeon,” he said.

Today, the UAlberta professor of surgery is a world-renowned liver transplant surgeon at the University of Alberta Hospital. Part of his daily life was captured in a riveting documentary film that chronicles how the death of some provides life for others.

Memento mori is a 90-minute documentary that gives viewers unprecedented access to the real-life human stories of organ donation in Canada. Edmonton filmmaker and UAlberta alumnus Niobe Thompson was given access to Canada’s busiest transplant centre at the University of Alberta Hospital over a five-month period to create the film.

“Uniquely, Niobe was able to get his team in to film all of the conversations that happened with donor families around someone dying,” said Shapiro. “There are heart-wrenching scenes that were captured. They are unbelievable. There is one scene with a mom saying goodbye to her son [after it became clear he would not live and a decision has been made to donate his organs]. He’s being rushed down to the operating room and you see the doors closing and her saying goodbye."

“You can’t help but get choked up by that. That’s how desperate and brave that decision was to donate.”

“Memento mori is ultimately a story about humans caught up in the transplant world against their will-and of the doctors who help them,” said Thompson, who directed the film. “We believe the audience will be deeply moved by what they see. And ultimately, the generosity to donate organs is a power that comes out of empathy. We hope this documentary creates empathy.

Memento mori will be shown at the Garneau Theatre Nov. 10 and 13. A shorter version of the film, entitled Vital Bonds and narrated by David Suzuki, will air on the CBC’s The Nature of Things at 8 p.m. on Thursday, Nov. 17. Both films are co-produced by the National Film Board of Canada and ID: Productions.

Canada has an organ donation crisis

While Shapiro’s life as a transplant surgeon is filled with purpose, he says there’s also profound frustration—that for as many lives as he can save, there are far more he can’t.

“We have a shortage of organ donors in Canada,” he said. “Although we’ve done a lot of transplants, every year up until now, about a quarter of the patients have died on our waiting lists before transplantation because there just haven’t been livers to go around.”

According to the Canadian Transplant Society, Canada’s organ donation rate is among the lowest in the industrialized world. While 90 per cent of Canadians support organ donation, less than 20 per cent have made plans to donate. In actual numbers, only 18 out of every one million Canadians will ultimately become an organ donor. This despite the fact that more than 1,600 Canadians are added to organ wait lists each year.

Shapiro believes Canada can do better.

“We need a better system of donation and we need the general public to be more acutely aware of the desperate need for organ donors,” he said.

Work is underway on various fronts to increase donor rates. One initiative Shapiro sees promise in is the increased implementation of donation after cardiocirculatory death (DCD) programs across Canada. Such programs offer families the option of their loved ones becoming an organ donor in cases where their death is certain and care will be withdrawn.

“In that situation, it is a very hard decision for the family. It’s made a lot easier when the family knows that’s what the patient wished to do,” said Shapiro. “DCD donors have increased enormously in several centres around the world. But it has been very slow to move forward here in Alberta. That is a major area that I think we need to push for now.”

One organ donor can save eight lives

While the thought of making such decisions may be difficult, Shapiro has seen their importance first hand. A single donor can save up to eight lives.

“A short time ago I came across a young girl,” recalled Shapiro. “She was five years old. Her mom came up to me and said, ‘Do you remember my child?’”

Five years earlier the girl had been one of Shapiro’s patients in need of a complex operation. In a short time, she underwent two liver transplants, an intricate vein reconstruction and endured several major complications in between.

“She really was knocking at death’s door,” remembered Shapiro. “At the time of a surgery, all the surgeons involved completely focus on the event, saving somebody’s life and dealing with the next problem as it comes up. You sometimes forget the long-term impact.

“But last Sunday, there was a gorgeous, beautiful five-year-old girl, clearly having a normal life. It made me realize once again that what we do has a big impact on patients and their lives.”

How to save a life
Newsroom