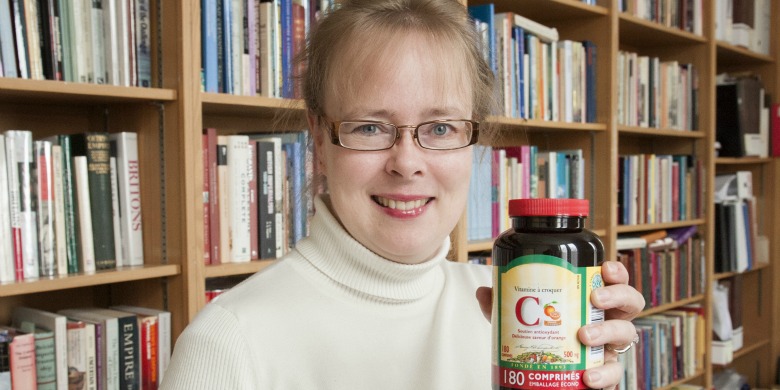 (Edmonton) In 1850, a group of seven British missionaries set sail for the southern tip of Argentina with hopes of bringing Christianity to the indigenous people of what was then Patagonia.

Tragically, the voyage would end in horror a year later as all seven would eventually succumb to some combination of scurvy and starvation. The ill-fated mission was chalked up as a classic study in poorly planned trips that were doomed from the outset, and for more than 150 years, accounts of the expedition were passed over by annalists in favour of outwardly more juicy subject matter.

But now, thanks to a University of Alberta historian and medical questions being raised in the humanities, the group’s efforts will not be in vain after all.

Jane Samson, a U of A historian of Victorian exploration, empire and missionary movements, was contacted in 2011 by Jonathan Lamb, who works in the area of 17th- and 18th-century exploration literature at Vanderbilt University.

Lamb had become curious about a neglected dimension of the historical literature on scurvy, namely the evidence of neurological symptoms. He wondered whether historical accounts of these symptoms raised questions about a relationship between vitamin C deficiency and brain chemistry.

Serendipitously, Samson, while researching another topic, came across the diary of one of the ill-fated missionaries, Richard Williams.

A surgeon and the trip’s catechist, Williams documented his battle with scurvy like few in history ever have.

“Williams was concerned with the psychological and neurological side of the story, rather than the well-known stuff about scurvy going back centuries—sailors’ accounts of how their gums would swell up and bleed, old wounds would open up and they would suffer from deep bruising,” said Samson.

According to his diary, Williams noticed his first symptoms of scurvy in March 1851.

“He talks a lot about his fears of the psychological and spiritual impact of the disease, that it is a debilitating disease and how he is very afraid,” said Samson, noting the devout Williams wrote he was often too tired to pray or read the Bible. “He knows about the effect scurvy has on a person’s morale or energy levels. He becomes preoccupied with what was happening to his mind.”

Samson says other accounts from sailors suffering from scurvy document how they would sit down on the deck, consumed with nostalgia going back to their childhood, and hallucinate. “Williams’ accounts were consumed with the brain and his inability to fulfil his devotion to his religious duties, which was way more important to him than the physical symptoms.”

“Preliminary medical research found that vitamin C deficiency produced neurological changes that are related to conditions like depression,” said Samson. “The research proved there were brain chemistry changes with implications for the effectiveness of antidepressants in people who are vitamin C deficient.”

Samson says this research has far-reaching implications and may yet bear fruit in the areas of effectiveness of antidepressants in the face of the increasingly common problem of vitamin C deficiency.

“More research is needed, of course, and happily this will now be forthcoming,” said Samson, whose paper is about to be published as part of this study in the humanities-focused Journal of Maritime Research. “We wanted readers to see how this interdisciplinary group came together around the original research question in such an innovative way.”

Samson says she is proud that the U of A played a part in this important international, interdisciplinary discovery and notes that curiosity-driven inquiries—whether in the humanities, the sciences, engineering or medicine—are the lifeblood of innovation and discovery at the U of A.