We never want to go in and impose our solution on someone who doesn’t want it; rather, we want to engage communities and work with them to find common ground and work towards an ultimate solution.

For Abraam Isaac, getting clean water to some of the world’s poorest people was only the beginning. 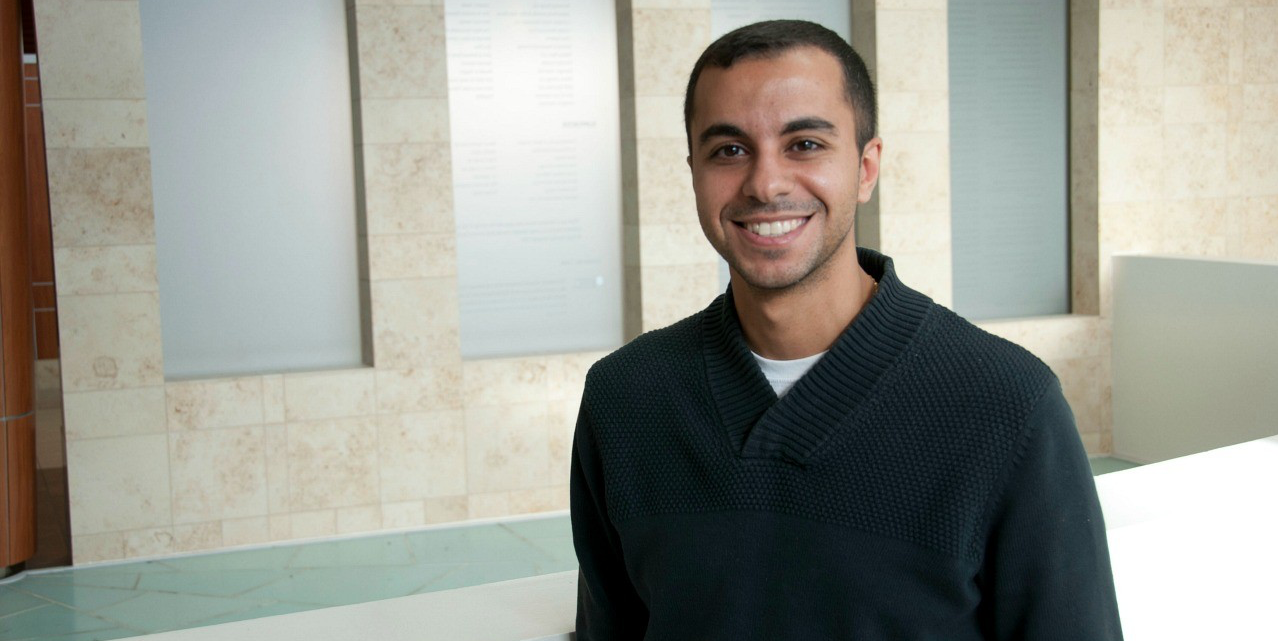 Abraam Isaac's innovative work with communities in the developing world has included creating everything from clay water filters to ceramic stoves and electronic health records.

Ten years ago, a group of University of Alberta medical students set out to find a way to get clean water into the hands of the world’s poor.

Their mission got its start with the knowledge that new mothers with AIDS in the poorest parts of Africa would rather take the chance that their newborns wouldn't contract HIV through their breast milk than risk them contracting the more immediate threat of dysentery generated from mixing formula with polluted river water.

Using technology invented in the 1980s, the group—with the help of scientists across campus—set about designing and testing an ingenious water filtration system made out of a free raw material that is widely available—clay.

And though getting the project off the ground in Kenya ran into a string of logistical problems, from sourcing materials for the pot and building a kiln to fire the pot to getting buy-in from locals, the original group of three—Tyler van Mulligen, Abdullah Saleh and Abraam Isaac—swelled their team to 10 on the ground and, in 2009, oversaw the construction of a community-owned and operated factory that produced upwards of 600 filters a month.

“I would say that project has impacted the lives 100,000 people in Kenya,” said Isaac. “I think we all get a lot of satisfaction in knowing we are doing something impactful that is needed and that it is being done, hopefully, in the right way.”

A decade after the idea first sprung, Isaac has been named recipient of the World University Service of Canada Lewis Perinbam Award for volunteer efforts that improve people’s lives in the developing world.

But clay pots were just the beginning. After the success of that project, Isaac said the group was “hooked” and realized that there were plenty of opportunities to intervene in multiple health-related fields.

They also realized that to touch more people, they needed more people involved. That is what led to the creation of Innovative Canadians for Change, or ICChange, a non-profit organization with the mandate of improving the quality of life and security of vulnerable populations worldwide through sustainable models of development.

In addition to the Kenya Ceramic Project, ICChange has overseen the introduction of electronic medical records in the slums of east Africa, and a project on the Thailand-Burma border that involved training local refugees to make high-efficiency ceramic stoves—designed by a former U of A physics professor, the late Frank Weichman—as part of a vocational training program.

“We never want to go in and impose our solution on someone who doesn’t want it; rather, we want to engage communities and work with them to find common ground and work towards an ultimate solution,” said Isaac, adding that ICChange doesn’t always have an answer for what ails a particular community. “It doesn’t have to be solutions that we bring to the communities. They can bring solutions to us and ask, ‘Can you help us do this?’”

Isaac, who completed all his post-secondary education at the U of A en route to joining the university’s infectious diseases division as a staff physician, says he is drawn to the plight of the world’s poor, particularly in Africa, because of his own family’s struggles.

His parents came to Canada from Egypt in the early 1990s, with Isaac and his brother Andre in tow. Isaac says growing up in Canada in an immigrant family without a lot of resources certainly played a role in developing his sense of duty to help.

“Not only did it shape our experiences here and in the West, but also the way we interact with people in developing countries as well—knowing that is where we came from, that is where our family is,” he said. “Being exposed to that early in life probably created that passion for us.”

What lit the torch of compassion, however, was his time at the U of A.

“The U of A was really almost like an incubator for everything, including ICChange. We were provided a lot of support in the beginning, including funding and technical expertise,” he said. Even now that ICChange has branched out, he noted that the group still holds an agreement that allows U of A students to complete internships with the organization.

“We owe a lot of our success to the early support we got from the U of A.”

Isaac's nomination for the award was submitted by U of A International (UAI), with support from President David Turpin. A delegation from UAI was on hand to congratulate Isaac when the award was announced at the WUSC/CECI International forum in January.