I was 'bitten' by a vampire 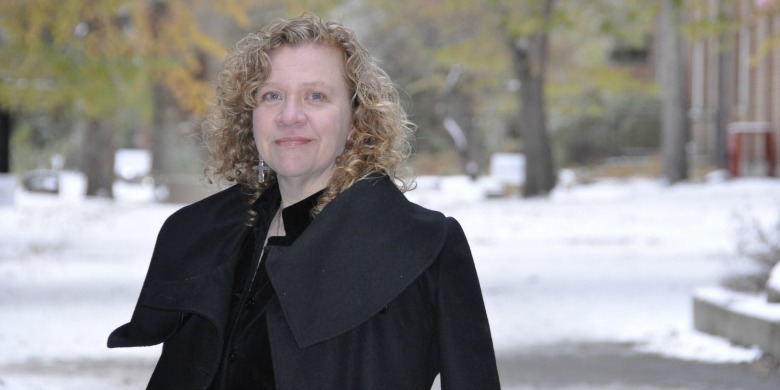 121030-sandragarvielok02-banner
Sandra Garvie-Lok says her experience studying the bones of a supposed vampire helped her stake out her research career as an anthropologist.

(Edmonton) The sight of Halloween ghouls and goblins may bring fear and dread to some people, but for University of Alberta anthropologist Sandra Garvie-Lok, it brings back fond memories of a supposed member of the undead who helped her stake out her career.

Garvie-Lok, an osteologist, was set to study North American sites until a fateful opportunity took her to the island of Lesbos in Greece, where she found herself with the skeleton of an alleged vampire from the Ottoman Empire. She became embroiled in ethnocultural history and vampire lore that would play a small part in her focusing on Greece and ancient civilizations. She says the vampire tales from that region and the pop-culture iterations of the undead bear little resemblance, especially when it comes to disposing of a vampire. And as for her own adventure as a vampire hunter, she says it’s an experience she’ll never forget.

“In addition to looking at the vampire, who was fascinating, I also looked at the other remains, did the stable isotopes and pathology, and that became the focus of my career,” Garvie-Lok said. “It really did change my research life.”

Tales from the real vampire diaries?

She says the regional accounts of vampires are consistent from Greece all the way through to the Slavic states, and none of the stories had anything to do with bats, biting or blood loss. Instead, she says, the vampire was believed to be a demon-animated corpse who would chase and physically attack the living—much closer to current popular culture images of zombies. And unlike the Dracula lore, it was the vampire’s look—or even his breath—that could be deadly. Vampires were often blamed for weird noises and unexplained phenomena that would occur in towns.

Garvie-Lok’s favourite story of vampire goings-on came from an ethnographic account from the region, one that painted the creatures in a very different light.

“The old people of the village told of having this group of vampires that was annoying,” she recalled. “They got themselves into the middle of the village every night and had themselves a great big loud, raucous party. They’d be yelling and singing and dancing and keeping everyone from going to sleep.”

Becoming undead and how to deal with it

Garvie-Lok says that vampires only came to “life” after they died as a result of any number of unfortunate factors, such as a cat jumping over the body, or the officiant missing or flubbing lines in the funeral rites. It was also believed that mean people were more susceptible to having their body possessed by a demon. She says that garlic, crosses and sunlight were not part of the prescription, although metal stakes (through the neck, pelvis or heels) were an option. Repeating the ceremony, saying extra prayers, or pouring boiling water or vinegar on the gravesite were often the first steps to dealing with the supposed vampire. Only when remedies performed outside the grave did not work were the bodies exhumed to be dealt with in a more dire fashion, such as cremation, decapitation or transporting the body across water. In all likelihood, she says, many corpses were accused of being vampires because a completely natural process was misinterpreted.

“Once you opened the grave, the lore went that if it’s a vampire, you can tell because the skin has turned deep red or black, or the body is swollen up like a drum, fluids coming from the mouth—then you’d have to do something more drastic to it,” Garvie-Lok said. “So, all of the things that are happening to the corpse to make it look very unpleasant are normal to decay.”

A case of mis-staken identity

And what of the remains found inside a Roman wall, believed to be those of a vampire? Garvie-Lok, whose findings and research help piece together elements of history from ancient Greece, says that it seems to have been an unfortunate case of mis-staken identity. The man found buried in the wall with stakes through his neck, hips and heels was evidently as normal as any of the others found in the gravesite nearby, save for a few minor (and non-vampiric) ailments.

“He was an average guy, between 40 and 50 when he died, with fairly bad teeth and really bad arthritis—totally normal for that age back then,” she said. “He could have been someone that people didn’t like much, but he also could have been one of those poor unfortunate people who had the equivalent of a cat jumping over his corpse when he was being laid out and people were mourning him.

“We can’t know. It had a lot more to do with the anxieties that people had in the community and what they were feeling than with anything the person who was being blamed—in this case, the corpse—actually ever did.“

I was 'bitten' by a vampire
Newsroom