Identifying the 'dimmer switch' of diabetes 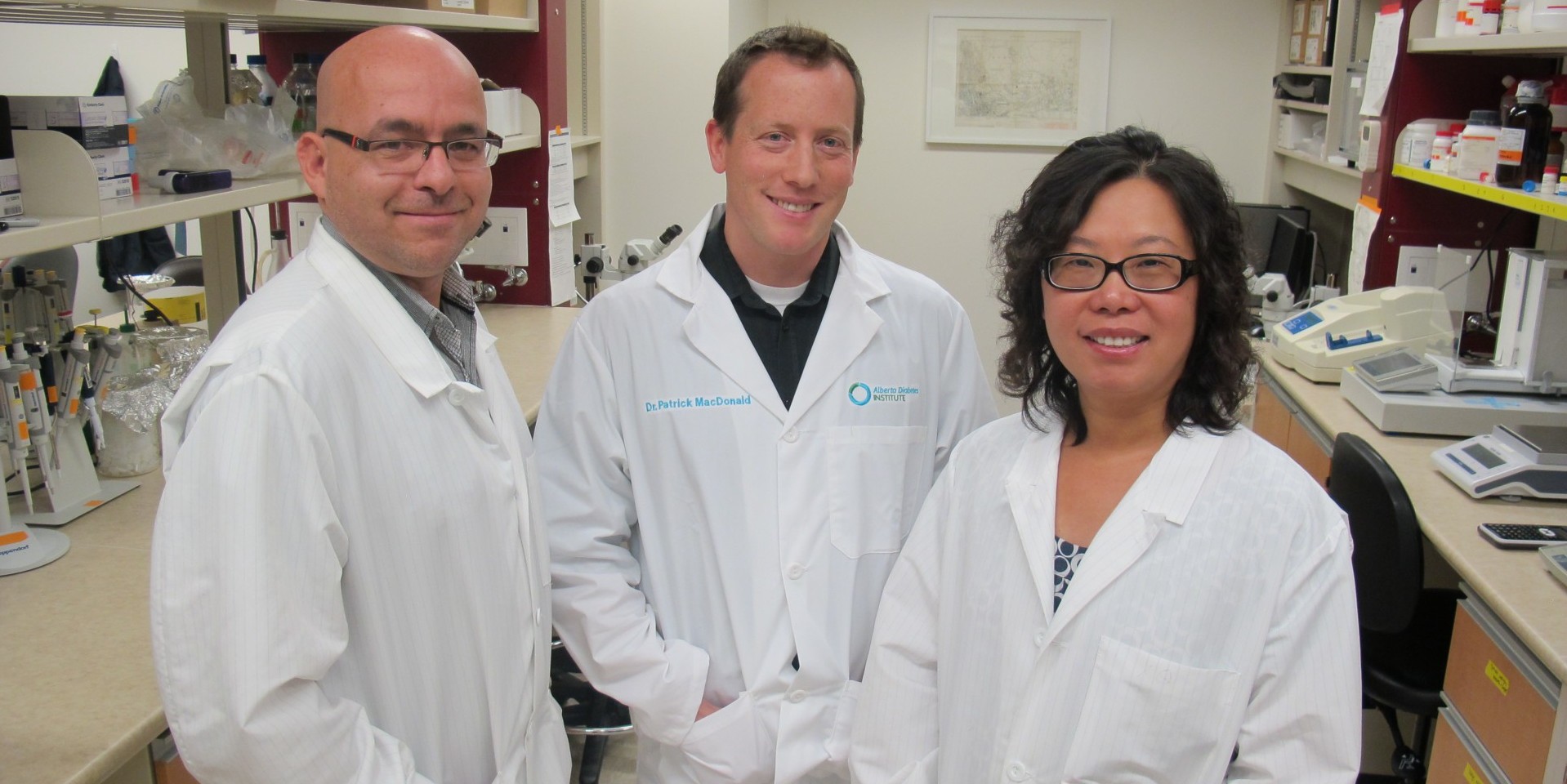 Patrick MacDonald has dedicated much of his life to diabetes research. It’s a job he knows is far too large and complex for any one person, but with his latest publication, he knows his work is playing a part.

MacDonald, a Canada Research Chair in Islet Biology, associate professor in the University of Alberta’s Faculty of Medicine & Dentistry and member of the Alberta Diabetes Institute, is the senior author of a landmark study in the Journal of Clinical Investigation. The researchers examined pancreatic islet cells from 99 human organ donors and identified a new molecular pathway that manages the amount of insulin produced by the pancreatic cells—essentially a ‘dimmer’ switch that adjusts how much or how little insulin is secreted when blood sugar increases.

According to MacDonald, the dimmer appears to be lost in Type 2 diabetes but can be restored and ‘turned back on’—reviving proper control of insulin secretion from islet cells of people with Type 2 diabetes.

The discovery is a potential game-changer in Type 2 diabetes research, leading to a new way of thinking about the disease and its future treatment. “Understanding the islet cells in the pancreas that make insulin, how they work—and how they can fail—could lead to new ways to treat the disease, delaying or even preventing diabetes,” says MacDonald.

Ten million Canadians are living with diabetes or prediabetes. The Canadian Diabetes Association reports that more than 20 Canadians are newly diagnosed with the disease every hour of every day. It is also the seventh leading cause of death in Canada, with associated health-care costs estimated at nearly $9 billion a year. Type 2 diabetes accounts for 90 per cent of all cases, increasing the risk of blindness, nerve damage, stroke, heart disease and several other serious health conditions.

MacDonald believes the key to his latest research has been access to the Alberta Diabetes Institute’s IsletCore. The biobank, established with funding from the Alberta Diabetes Foundation and the U of A, collects pancreatic islets from organ donors—with and without diabetes—for diabetes research in Edmonton and across North America.

“Without access to this critical tissue through the Alberta Diabetes Institute IsletCore and the generosity of organ donors and their families, we would not have been able to carry out this study,” says MacDonald. “If we want to learn about diabetes, and how to treat and prevent it, studying the insulin-producing cells from donors with diabetes is a powerful way to do it.”

Though important new strides in the fight against Type 2 diabetes have been taken, MacDonald stresses that much more needs to be done. The ability to restore and fix the dimmer switch in islet cells may have been proven on a molecular level, but finding a way to translate those findings into clinical use could yet take decades. Despite this, MacDonald believes the findings show an important new way forward.

“We don’t know enough to stop Type 2 diabetes yet, but this is a large step towards understanding what’s going wrong in the first place.”

The study was funded by the Canadian Institutes of Health Research and carried out in concert with researchers at the MD Anderson Cancer Center led by Edward Yeh, and at Duke University led by Christopher Newgard. An international team of investigators funded by Pfizer also contributed to the study.