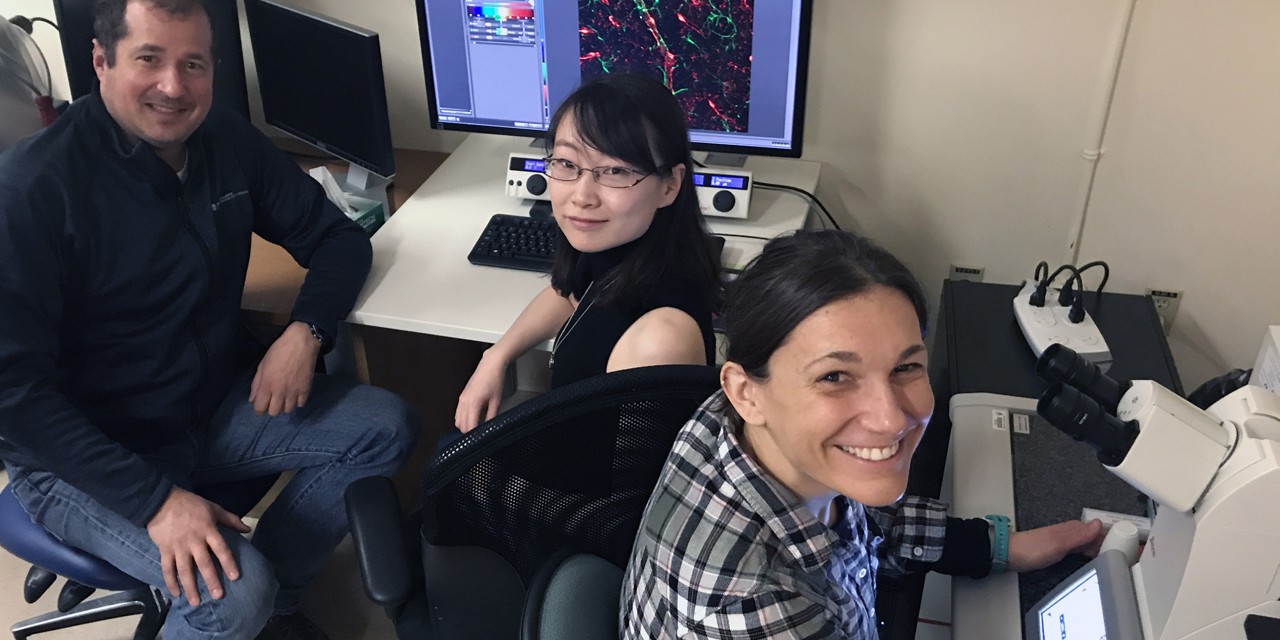 Karim Fouad and post-doctoral fellows Yaqing Li (centre) and Ana M. Lucas-Osma were part of a team whose latest research could alter how we view spinal cord function and rehabilitation after spinal cord injuries. (University of Alberta)

A new discovery at the University of Alberta will fundamentally alter how spinal cord function and rehabilitation are viewed after spinal cord injuries.

Previous work had shown that while blood flow was temporarily disrupted at the injury site, it resumed rapidly. It was more or less assumed that the blood flow was normal below the injury. This turns out to be wrong.

“We’ve shown for the first time that a spinal cord injury leads to a chronic state of poor blood flow and lack of oxygen to neuronal networks in the spinal cord,” said co-principal investigator Karim Fouad, professor in the Faculty of Rehabilitation Medicine and Canada Research Chair for spinal cord injury.

“By elevating oxygen in the spinal cord we can improve function and re-establish activity in different parts of the body.”

The study demonstrates the chronic lack of blood and oxygen after a spinal cord injury and how blood flow plays a key role in the cause and treatment of motor disorders. Simply put, this could mean restored activity and ability in parts of the body that stopped working after spinal cord injury.

Though the team knows their discovery can have big implications in the world of neuroscience, rehabilitation and spinal cord injury, they are quick to mention a disclaimer.

Possibly even simple therapies such as walking or just breathing will play a role in preventing long-term hypoxia and damage to the spinal cord. It’s a small but important step in the right direction, stemming from studying an obscure enzyme in the spinal cord—and that’s the beauty of basic science.”

The discovery happened by accident. The lead author, Yaqing (Celia) Li, a rehabilitation science post-doctoral fellow, and David Bennett, co-principal investigator and professor in the Faculty of Rehabilitation Medicine, were looking at the injured spinal cord of a rat under a microscope and noticed the capillaries contracting in response to the application of dietary amino acids.

“I thought, ‘why would capillaries contract, when conventionally, arteries are the main contractile vessels, and why should dietary amino acids circulating in the blood cause these contractions?’” said Bennett. “That is just plain weird, that what you eat should influence blood flow in the spinal cord.”

Li, Bennett and Fouad found that the Aromatic l-amino acid decarboxylase (AADC) enzyme that converts dietary amino acids into trace amines was upregulated in specialized cells called pericytes that wrap capillaries. Unexpectedly, these trace amines caused the pericytes to contract, essentially clamping down on the capillaries and reducing blood flow.

“We blocked the AADC enzyme and found that it improved blood flow and oxygenation to the networks below the injury,” Bennett said. “More importantly, this allowed the animals to produce more muscle activity.”

As an alternative treatment to blocking the AADC enzyme in the spinal cord of rats, the neuroscientists exposed the animals to higher oxygen levels.

“The rat could walk better,” Fouad said. “The change in oxygen restored function, albeit temporarily.”

The study was published in Nature Medicine earlier this month.