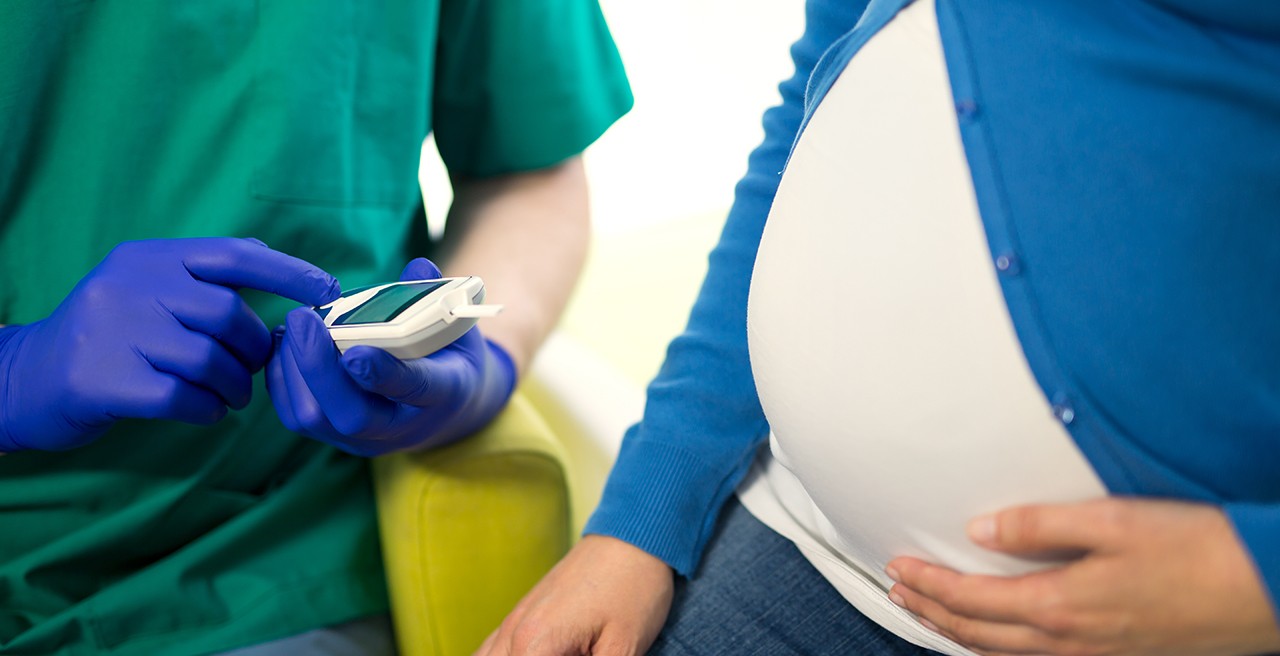 Based on their research in which they discussed issues in depth with pregnant women who suffer from gestational diabetes, U of A researchers added valuable self-care skills information on diabetes-pregnancy.ca. (Photo: Getty Images)

Shanna McCutcheon, 32, was shocked and fearful after being diagnosed with gestational diabetes mellitus (GDM) in her second trimester.

“I thought I was pretty active. I wasn’t overweight and my diet wasn’t terrible. I had no symptoms and the pregnancy was going well,” said McCutcheon. “I left my OBGYN office scared that I couldn’t manage the diabetes by myself, and I would end up having to go on insulin.”

McCutcheon—and the rising number of women diagnosed across Alberta and Canada with GDM—are sent to a local clinic for a two- to three-hour information session on how to self-manage their sugar levels in order to protect their health and that of their unborn child after being diagnosed.

However, there’s emerging evidence from University of Alberta research that women in Edmonton, and indeed, Northern Alberta, are not all walking away from clinics feeling empowered to make healthy changes, or freed from the heavy emotional burden that comes with the disease.

“I got a lot of information from my clinic experience, but I left feeling like the outcome of my situation was completely up to me,” said McCutcheon. “When I got to my car, I burst out into tears. I was overwhelmed.”

Roseanne Yeung, a U of A endocrinologist, Alberta Diabetes Institute member and principal investigator of this research, explained that GDM is a hormonal disease, and that while diet and activity can in some cases manage symptoms, in others, lifestyle changes won’t be enough to counter the hormonal changes raising blood sugar during pregnancy.

“Diabetes clinics are doing a fantastic job covering the information women need to manage their GDM. But what’s come out of our initial research is that some women are understanding it differently than intended, and a much smaller number are leaving class without understanding the basic concepts at all,” she said.

“We also found that women want GDM education that addresses things such as the stigma that comes with the disease, and a consistent place to find good information after attending a clinic.”

The qualitative, community-based U of A research involved 17 participants (McCutcheon was a study participant) meeting over five working groups. Participants included women who had attended a GDM clinic in Edmonton or northern Alberta during their pregnancy, front-line health-care professionals from these clinics, and research team members.

Because education is the foundation for diabetes self-management, it’s important to ensure women feel empowered to make lifestyle changes for the health of themselves and their young families, explained Yeung.

“After diagnosis, women have a steep learning curve to manage blood sugar during pregnancy. We’re asking them to test their blood sugar a minimum of four times daily, and to adjust their nutrition and activity. We’re also asking them to get enough sleep and figure out ways of reducing stress in their lives,” said Yeung.

“On top of that, some women are put on insulin and have to manage multiple daily injections to keep their blood sugar at a particular target. As a health-care provider, I’ve learned that putting all these expectations on women is more stressful for them than I had realized, and we need to be able to communicate better and provide tools and supports to make sure women are not feeling overwhelmed.”

At present, local facilities such as hospitals offering the clinics each develop their own GDM education classes using whatever local resources are available.

“But there was some variability in what knowledge is being taught,” added Yeung. “For example, some clinics advised testing blood sugars four times a day, others six times a day. Inconsistent information can lead to confusion and stress among patients, especially if they turn to online resources that yet again feature different regional guidelines.”

Boisvenue added that English was a second language for 35 per cent of the women attending GDM clinics across Edmonton.

“During our working group sessions, we discovered language and culture were significant barriers to learning and adopting the suggested lifestyle changes,” said Boisvenue, adding that our current GDM education could be better tailored to different populations so that women are more engaged and feel the advice more applies to their own personal circumstances.

“There was also the issue of not addressing the psychological or emotional distress of diagnosis. In some women, there are biological differences where the disease is more aggressive or difficult to control for reasons we don’t fully understand,” said Yeung.

“Stigma or guilt can hamper their ability to make healthy lifestyle changes, and we want women to feel empowered to make change.”

Despite McCutcheon’s best efforts, she had to go on insulin injections one month after her diagnosis.

“I really felt like it was my fault. Here I had changed my eating and continued walking twice a day. One night I slipped up and ate a bowl of pasta at 1 a.m., and when I met with the Diabetes clinic the following day, I was shamed by the clinic doctor that it was a poor choice. I knew it was a poor decision but the shaming wasn’t helping the situation. I thought it was on me that my diabetes was getting worse because of a minor slip up.”

It wasn’t until McCutcheon enrolled in the U of A’s research that she discovered that she was not to blame for her GDM. “That was such a huge relief. Just knowing that I wasn’t at fault made me feel so much better.

“They also gave me a lot of online resources so I could do my own research and get a better understanding of the disease.”

In order to address education gaps, and give women and clinics an additional resource tool before, during and after clinics, the research team has turned its attention to an existing website, diabetes-pregnancy.ca.

“It’s a valuable site created by U of A endocrinologist and diabetes researcher, Edmond Ryan,” explained Yeung. “We learned through our research that clinics were recommending women go to the website. But women told us some of the website content was unclear.”

As a result, moving forward, the researchers have redesigned the site with the hope that by collaborating with women with GDM and front line workers treating GDM, they’ll get more buy-in to use it from both women and clinic staff.

“GDM health-care workers are extremely passionate and they are doing a great job. But what seems to be lacking is an overarching framework or governance structure to establish and share best practices in GDM education that can be modified to suit local needs,” she added.