In love or left out? It doesn't have to be that way

Romance is just one expression of love, not the only. 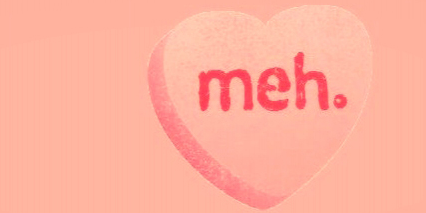 Oh, Valentine’s Day. I know you don’t mean to, but the pressure! If you’re without a romantic partner, the day can feel demoralizing. If you do have one, then the heat is on to buy the flowers, adequately express your undying desire and heroically avoid neurotic self-analysis. (Are we in love enough? Are we romantic enough? Is our relationship as good as so-and-so’s …?)

We’ve all been there.

Except there’s this: the measure of love is unimportant. It’s the presence of love that’s the biological imperative, at least as far as I can tell. We forget that love takes multiple forms and we are surrounded by some incarnation of it all the time — soaking in it, really. So why do so many people continue to see romantic love as the be-all and end-all of love’s success and satisfaction?

Romance is just one expression of love. It’s a good and obvious one, yet consider that even modern marriage is an external reflection of an internally changing love landscape. Lisa Strohschein, ’95 BA, UAlberta associate professor of sociology, has made the evolution of wedlock a main area of study. And her research shows that today’s marriage is entirely different from that of our grandparents.

This is not to say it’s worse; rather, as a core social construct, it’s simply entirely new. “Where marriage was once a foundational cornerstone of one’s life” — something you did right out of high school to mark the start of “real” life, says Strohschein, “today it’s often a capstone or finishing piece to a life already largely assembled. … Marriage today is like the crowning achievement.”

We bash marriage a lot and question whether it provides any benefit at all, but Strohschein argues that’s because modern relationships are framed to satisfy “my” needs rather than the collective need. Where unions were once bonded by a sense of duty to the larger family unit, she says, today “it’s emotional investment alone that holds relationships together. People still think there is one soulmate out there who’ll provide for all their needs.” So when a relationship inevitably faces difficult challenges, some couples consider bailing out of the commitment thinking their “real” soulmate must still be out there. Hence modern divorce rates.

But Strohschein’s research shows the more committed that couples are to each other (whether cohabiting or married), the better everything is. “You’ll experience greater happiness and satisfaction in all areas of your life. This is true for both men and women, incidentally,” she says, which completely debunks the persistent (and persistently mistaken) notion that men receive more benefit from marriage than women do.

Yet despite the benefits, research from the U.S. shows that for the first time in history there are more adults who have never been married than those who have. And those who do marry are doing so later in life. So all this leads me to contemplate: what the heck are we doing while we wait for our “soulmates”?

Each love is not only radically unique, it’s also not one thing. Though love is most often — especially this month — reduced to the romantic, it holds within its embrace a wide range of expressions including spiritual, parental, friendship and familial love; the love of pets, hobbies, adventure, work, pizza, the beach. And this is just a short list of the attachments that are not only essential to being a fully formed human in the world, they also — thank goodness — take the pressure off the search for, the maintenance of and maybe even the need for The One. Plus, research shows these kinds of “loves” can be pretty darn good for you, too. Simply engaging in enjoyable activities results in lower blood pressure, as well as higher levels of positive psychosocial states and lower levels of depression and negative affect.

It’s my belief that in love we seem entirely different even to ourselves. The discovery of love, in any of its many forms, expands the definition and idea of ourselves. We become someone new, someone else: “Hey, I’m a person who loves making cheese! Who knew?” Like that.

Love changes you and, of course, its risk is inherent. To love is to be vulnerable to the potential loss of the object of your affections, whether a person, pet, activity or physical thing. And yet we can’t help but love. Victor Frankl, an Austrian neurologist, psychiatrist and Holocaust survivor, wrote in his 1946 book Man’s Search for Meaning: “The salvation of man is through love and in love. I understood how a man who has nothing left in this world still may know bliss, be it only for a brief moment in the contemplation of his beloved.”

My twins often make me crazy. (They’re five and they’ll do that.) But as they giggle and wrestle like bear cubs while I write this, I think I know what Frankl means. Watching them for a heart-filled moment gives me genuine pause, for bliss.

In love or left out? It doesn't have to be that way
Newsroom