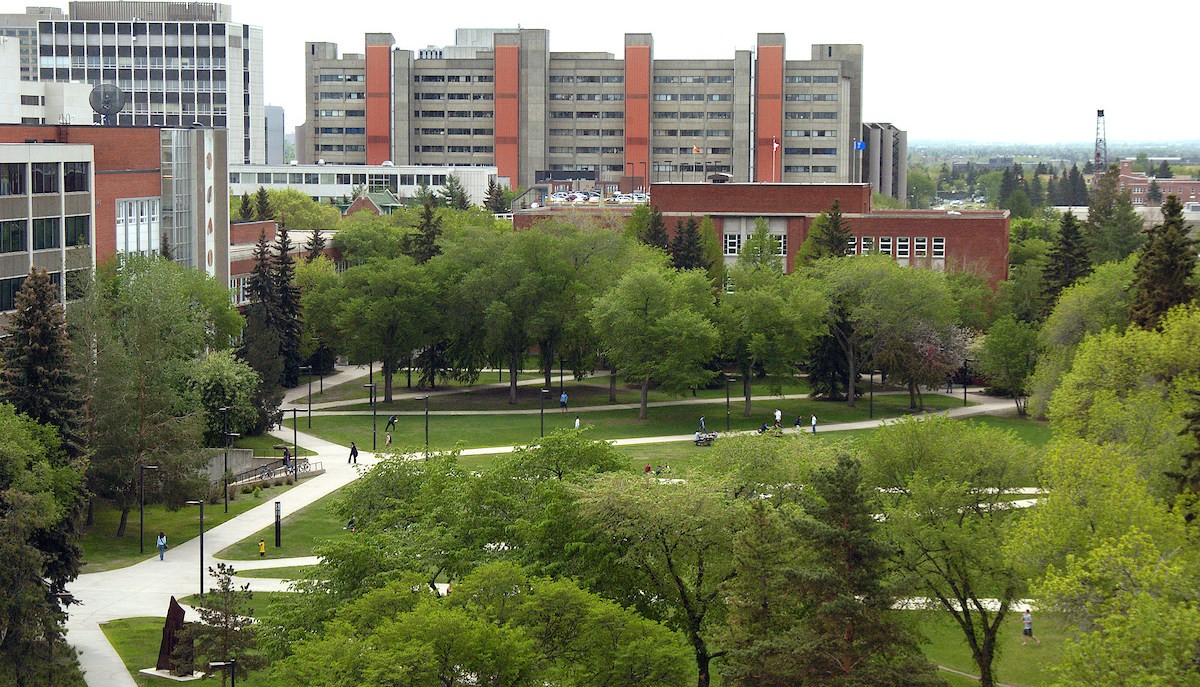 The U of A maintained its fourth-place ranking among Canada's top universities in the latest QS world rankings, but was among eight of the country's top 10 schools to fall in the global standings. (Photo: Richard Siemens)

The University of Alberta maintained its position as the fourth-ranked university in Canada in the latest QS World University Rankings but lost some ground globally, as did seven other top 10 universities in the country.

The top three Canadian schools were largely unchanged year over year—the University of Toronto was up three spots to 28, McGill slipped one position to sit 33rd and UBC moved four places to break into the top 50 at 47.

Despite being ranked in the top 100 consistently for the past five years, the U of A fell to 109 this year—and they weren't alone. McMaster sank six places to 146, Université de Montréal tumbled 19 spots to rest at 149, Waterloo slumped 11 placements to 163, Western slid four spots to finish at 210, the University of Calgary skidded 12 rungs to 229 and Queen’s fell 15 slots to land at 239.

Of the remaining 16 Canadian universities in the ranking, only Memorial University in Newfoundland improved its ranking, moving into the 651-700 echelon.

This is not to say that Canadian researchers are doing less. To the contrary, according to the rankings, Canadian institutions have increased their research output by an average of 7.3 per cent and attracted an average of 13.2 per cent more citations compared to last year.

While this sounds promising, Ben Sowter, research director for QS, said these growth numbers are significantly lower than the global averages of 12.1 per cent and 22.2 per cent, respectively.

“Citations performance and academic reputation performance are linked,” said Sowter. “Respondents are far more likely to nominate institutions in the survey if they have read and referenced their outputs in the pursuit of their research.

“Vying for that academic attention is an increasingly competitive endeavour, and our analysis suggests that Canada has not been keeping pace.”

And the task for Canadian universities to recapture lost ground isn’t going to get any easier.

Both the United Kingdom and the United States saw slightly more improvements than drops in their performance.

As well, China’s Tsinghua University became the first Chinese university in the top 20 in the history of the QS World University Rankings (17th, up from 25th) and more are taking aim at the top 100.

Jia Wang, deputy director of the U of A’s China Institute, said that starting around 2000, the Chinese government embarked on a strategy to triple the number of Chinese universities to almost 3,000. Today, Chinese universities enroll 20 million students and graduate more than twice as many students as the U.S.

“That’s not likely to change,” said Wang. “You don’t have to tell a rural farmer in China that it is a good idea to send their child to university; education is very rooted in Chinese culture.”

Wang added quantity is one thing, but in fact the Chinese government has a goal of having 40 of the world’s top universities by mid-century.

“You see the Chinese government promoting a mega-strategy of building up the country’s higher education system,” she said. “The government believes the science and technology sectors are key to transforming its economy from a solely investment- and export-driven one to a more sophisticated, high-tech manufacturing economy with higher consumption coming from within the country.”

Globally, Massachusetts Institute of Technology was named the world’s best university for a record-breaking seventh consecutive year. It was followed by Stanford and Harvard.

QS uses six indicators to determine an institution’s final score, each measuring institutional performance according to key elements of their mission.