Elizabeth Warren’s claim to Native ancestry is just one more attempt by settlers to define race, says U of A’s Kim TallBear. 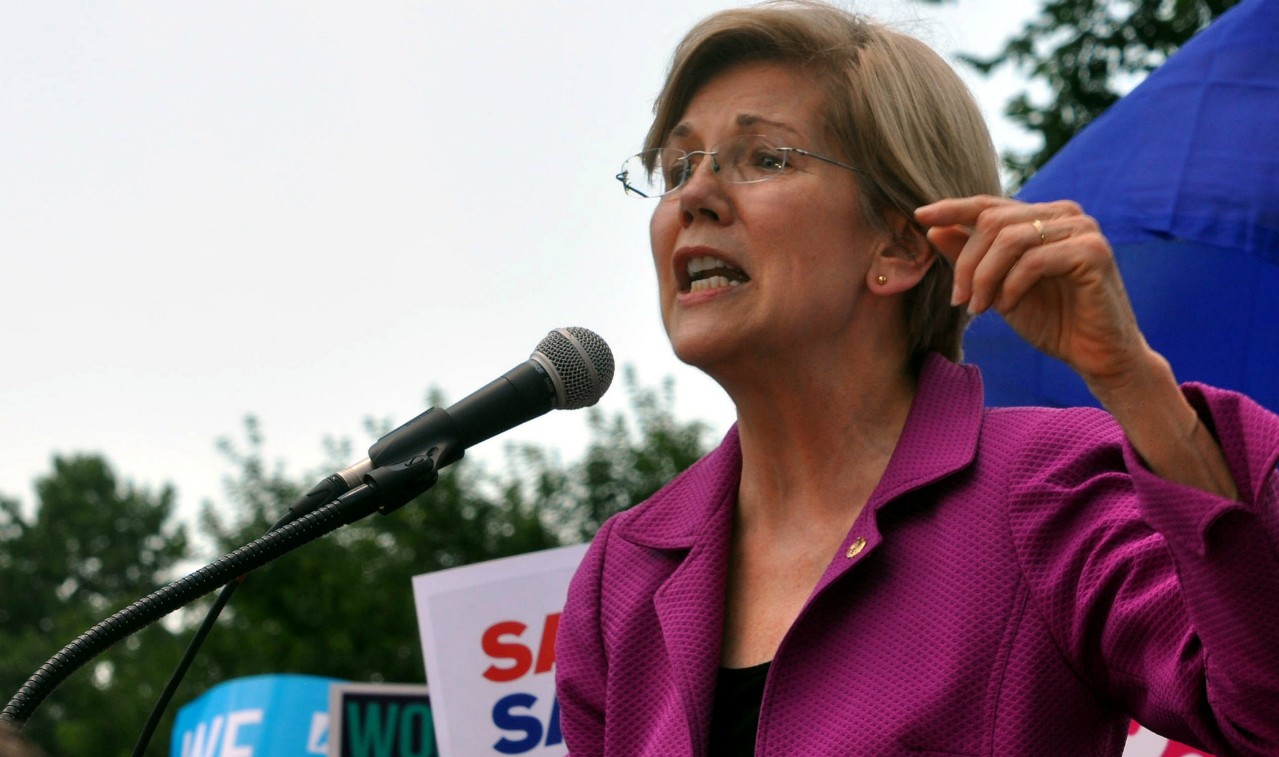 The day after American Democratic Senator Elizabeth Warren announced to the world that she did, in fact, have Indigenous DNA, Kim TallBear was so inundated with media requests for expert commentary, she decided to issue a press release on Twitter.

The tweet went viral, and she was quoted extensively in the U.S. media.

Warren had been making a claim to Cherokee ancestry for years—at least since 2012. But after taunting by President Donald Trump—who repeatedly called her “Pocahontas” at political rallies—she released the results of a DNA test showing a strong likelihood she had a Native American ancestor six to 10 generations back.

That would make Warren somewhere between 1/64th and 1/1,024th Native American, prompting critics such as TallBear to ask what was the point. Why proclaim Native identity so loudly on such thin evidence, beyond the need to settle a bet with Trump?

“My first thought was, ‘What is she thinking?’” said TallBear, an authority on the subject of Native American DNA. In her view, a smattering of Indigenous genetic material doesn’t come close to making a person a member or even a friend of any tribe or nation.

"I was sick to my stomach,” said TallBear, especially after watching a slick six-minute video produced by Warren to promote her heritage. “I felt like here we are again with Native peoples' histories and identities being tossed around between all these white people so they can have their arguments about politics."

It was a risky political gesture for a senator in whom many have placed their hopes to lead the Democrats in 2020. Beyond her claim to distant ancestry, she has no other relationship with Native American communities to speak of, and according to TallBear, has never done much to fight for improved conditions on reserves or advocate for Indigenous rights.

The Cherokee Nation—with whom Warren has repeatedly refused to meet—swiftly admonished her for what they see as a misguided understanding of Indigenous identity.

“It makes a mockery out of DNA tests and its legitimate uses while also dishonouring legitimate tribal governments and their citizens, whose ancestors are well documented and whose heritage is proven.”

TallBear has long given up expecting better of American politicians. She grew up on a Dakota reservation in South Dakota, her family “lifetime Democrats,” she said, but eventually her disillusionment over the silence of the Democratic Party on Indigenous rights became unbearable, prompting her move to Canada.

“It became crystal clear to me that Native voices don't matter in the U.S.—our histories don't matter, our governance structures don't matter,” she said, adding that Western Canada has provided striking relief from such pervasive “erasure” in her home country—notably a much stronger sense of Indigenous community and serious discussions around truth and reconciliation.

“I’ve never felt more at home anywhere … I feel like people get me here,” she said shortly after arriving at the Faculty of Native Studies in 2015 as Canada Research Chair in Indigenous Peoples, Technoscience and Environment.

In her groundbreaking book, Native American DNA, TallBear shows how genealogy is anything but transparent and neutral. Under the guise of scientific objectivity, she argues, DNA can be used to classify and define Native Americans yet again in terms of settler colonial logic.

“Native Americans do not use genetic ancestry tests to define citizenship…. We have a much stronger sense of what it is to be Native American that is governed by our family relationships, by lived social relations ... that matters to us.”

When Native Americans do turn to DNA, they do it “in a very particular social and historical context,” she writes.

So while genetics may be part of the identity equation, for Native Americans ancestry never trumps social relations. Far more important, she argues, is whether a given nation lays claim to one seeking recognition or membership, not the other way around.

It’s something Warren has been woefully unable or unwilling to understand, said TallBear, and it points to a widespread misconception of Indigenous identity in white, mainstream society.

"To be a relative, you have to actually spend time with people and have good relations with them and be invested with them,” she said. “Warren is not a good relative. If she were, she would have said, 'It's a priority that I meet with the Cherokee Nation and find out what I did wrong.’

“As scholars of race have shown, it is one of the privileges of whiteness to control everyone else’s identity.”