Indigenous erotica gives new meaning to 'all my relations' 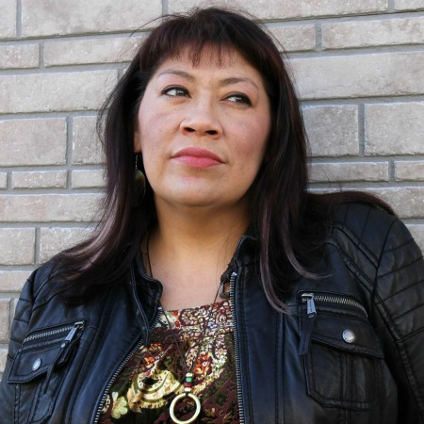 Histories of Indigenous sexuality have been silenced, corrupted and demonized with colonial language that is steeped in sexual sin, shame and perversity.

What does it mean to decolonize love? 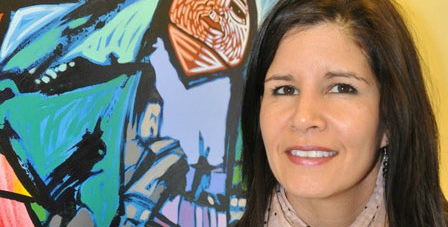 After completing her bachelor of commerce degree, Kirsten Lindquist went to work in a store selling diamond engagement rings. But soon her job selling jewelry started her thinking about why and how the tradition of diamond rings became so central to how we think about love.

“People would come with questions like, ‘Is it true that you have to spend three months’ salary on a ring?’” she recalls. Those questions weighed on Lindquist’s mind as she went from retail diamond sales to a career in advertising before returning to university to earn an honours degree in native studies. “I was connecting my experience in business and then comparing it to different worldviews and perspectives in native studies. How can we tell our own stories to address what’s out there in advertising?”

One of the main goals of the study of Indigenous erotica is for Indigenous people to reclaim “corporeal sovereignty” over their bodies, which Bear says an essential part of the process of decolonization.

“Histories of Indigenous sexuality have been silenced, corrupted and demonized with colonial language that is steeped in sexual sin, shame and perversity.”

She adds that, through the creation of erotica, “Indigenous artists and authors reclaim these histories and express our desires, practices, genders and sexualities in the ways in which we choose. Erotica is a source of joy as much as a place of political action.”

Associate professor Kim TallBear is also examining those histories and uncovering ways of understanding relationships from an Indigenous worldview. TallBear’s previous work has been in the area of Indigeneity and technoscience, examining the relationship between genetic science and notions of race and Indigeneity. Though science and sexuality may seem like strange bedfellows, TallBear explains that Eurocentric ideas of both come from similar roots and have similarly been used to frame Indigenous people as less developed, a part of nature and the environment rather than as equally developed human beings.

As TallBear explored the history of the development of the colonial state, she says, “It became very clear that along with science and technology and control of the land and resources, there was control of Indigenous people’s sexuality.”

Rediscovering what Indigenous family forms might look like is a complex process. TallBear explains, “We have lost a great deal. When you lose Indigenous languages, and when you are forced into residential schools and missions, you lose a lot.” Although some clues can be found in early records—TallBear notes that there are indications of Indigenous same-sex practices being punished by death under colonial Spanish powers in what is now Mexico—much of her work relates to understanding how practices now seen as non-normative by the modern state may reflect a surviving model of an Indigenous family form. She references the work of Indigenous feminist scholar Kim Anderson, who says that single mothers did not exist in Indigenous communities because women would care for their communities and their children together.

“Why are we stigmatizing these family forms?” TallBear asks. “It’s not that we’re simply failing at the normative nuclear western family.” She believes that these different family structures, such as children being raised by a network of relatives, are often perceived by outsiders as unhealthy because they do not fit with the nuclear family model—which can lead to children being removed from their home communities.

“The tribe is also an important family that they should retain relationships with, even if their birth mother or birth father is not around.”

'We are all related'

These family forms reflect a model of love founded in a phrase often used in Indigenous communities: “We are all related.” Similarly, TallBear says, an Indigenous view of love and sexuality can include more than the monogamous, nuclear family model.

“A lot of non-monogamy scholarship in the West tends to be about individual self-actualization, about throwing off oppressive sexualities, and I’m down with all of that. But what it doesn’t tend to do is what I do as an Indigenous scholar of non-monogamy, which is to think about non-monogamy in the broader context of community, of extended relations and of our obligations to the Earth.” 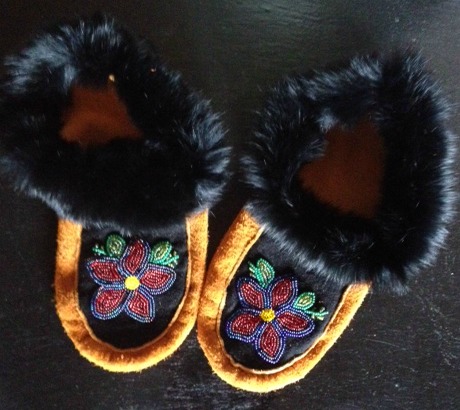 To TallBear, the compartmentalization of love into categories of platonic love, romantic relationships or care for a pet is deeply problematic. “If you’re going to think about an Indigenous ethic of relations and being related, categories of love have to be more fluid.” The world is made up of entities that sustain and care for each other, whether through sexual partnership or through an animal that feeds a hunter. Instead of using the word love, she believes this idea is best described through the language of reciprocity: “I think about being in relation and obligations to my relations.”

Lindquist’s work is taking her in similar directions. In contrast with diamond rings, her friend taught her that in Métis partnerships, women would bring a handmade pair of moccasins (maskasina) with them as brides. The gifts symbolized the reciprocity of the relationship between hunter and homemaker. “You couldn’t hunt without moccasins, and you couldn’t make moccasins without a successful hunt.” Both partners understood the meaning—the giver would continue to make moccasins as long as the receiver continued to provide the hides.

Kim TallBear is giving a presentation on "Making Love and Relations Beyond Settler Sexuality" today at 3 p.m. in the Senate Chamber (room 3-26) in the Arts Building. The lecture is free and all are welcome to attend.

Indigenous erotica gives new meaning to 'all my relations'