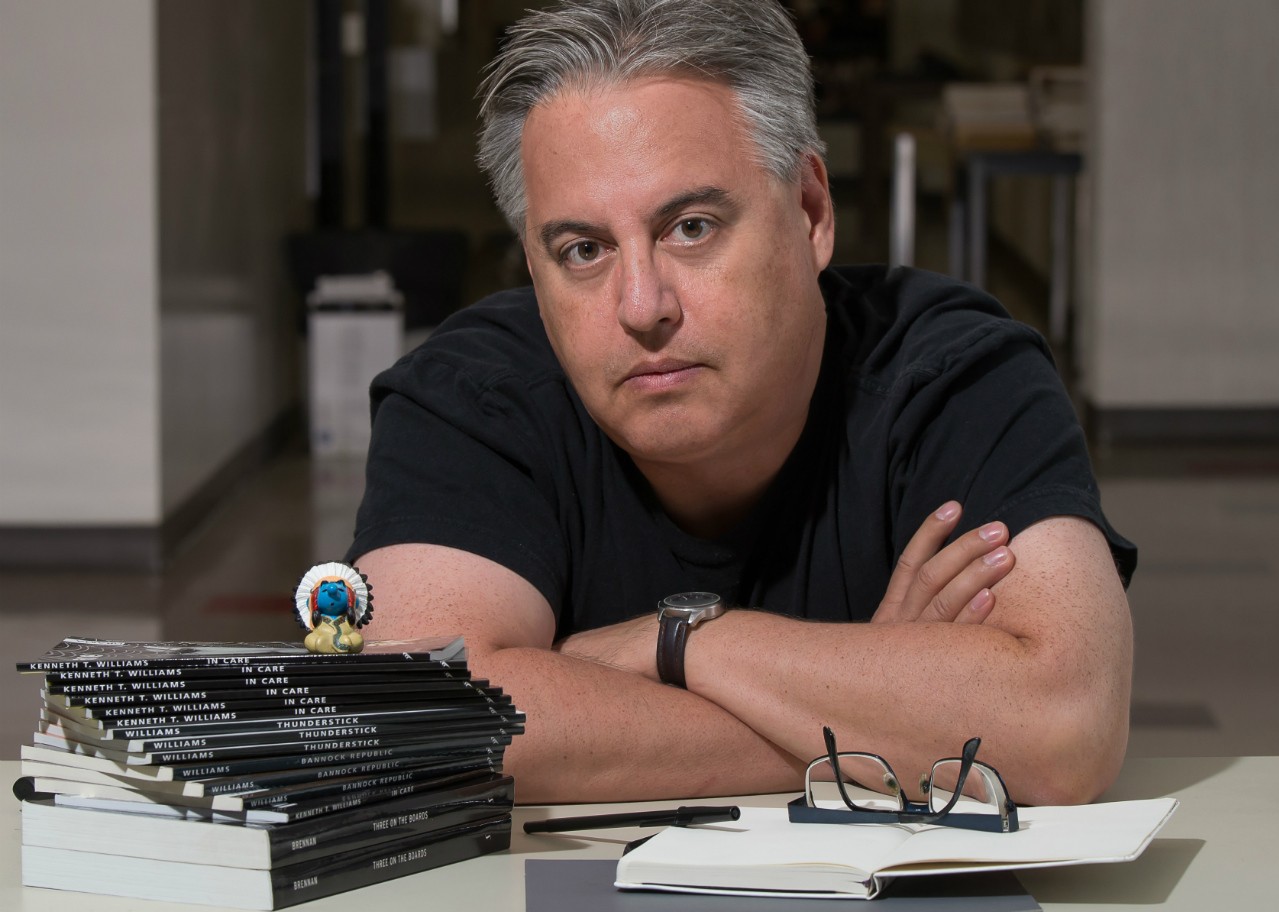 U of A playwright Ken Williams, a regular commentator on the Media Indigena podcast, says the show's Indigenous perspectives are under-represented in mainstream media. “These are challenging topics that we take on, but we’re always willing to talk about them.” (Photo: Supplied)

An increasingly popular podcast that discusses current events with an Indigenous perspective will be taping its show live for the first time this Friday at the University of Alberta.

“We’re informative, but we have a bit of an edge that will ruffle a few feathers, and sometimes we’ll ruffle even a few Indigenous people about what we believe,” said Ken Williams, a Cree playwright in the U of A’s Department of Drama and former APTN journalist who joined the podcast when it launched two years ago.

“These are challenging topics that we take on, but we’re always willing to talk about them.”

The taping of Media Indigena in the Fine Arts Building is a significant change from the usual setup: the show is normally recorded via telephone, with host Rick Harp in Winnipeg, and the roundtable guests, including the U of A’s Kim TallBear and Williams, calling in from across Canada.

“My purpose with Media Indigena is to help create a community of like-minded people,” said Harp, a Cree broadcaster. “[The live show] is the first foray to test those waters and see what that community looks like.”

“I think for the large part, we provide a perspective that whenever you hear about things happening in or to the Indigenous community, Indigenous people don’t have a lot of places where they can get backup, like ‘this is how we can intellectually and logically argue certain points.’ I think our podcast helps with that quite a bit,” said Williams.

“And just letting you know you’re not alone out there is a big thing. So I think we have an impact that way, that we’re part of this larger, growing group of voices that are speaking from a perspective that needs to be heard from.”

More than 145 people have already signed up to be in the audience for the podcast, which averages about 1,750 downloads per episode, and is growing.

“It’s really nice to see that we’re getting that kind of attention in this city. It’s one thing to hear about downloads and about how many people are subscribing to the podcast, it’s another to sit in a room full of people,” said Williams.

Harp said the show provides a way to share voices and stories that otherwise might not be heard.

In addition to TallBear and Williams, Media Indigena features a regular roundtable of guests, including the University of British Columbia’s Candis Callison and Brock Pitawanakwat from the University of Sudbury. Each show takes on one or two events or issues involving Indigenous peoples, with the guests each offering their perspective.

“The show’s success lies in the discussion back and forth, and the way those perspectives intermingle and mutually catalyze each other,” Harp said.

“It’s a conversation, so you never know what’s going to happen.”