Pits dug for road construction in northern Alberta provide water and forage for beavers, which in turn provides food and dens for wolverines, says U of A ecologist. 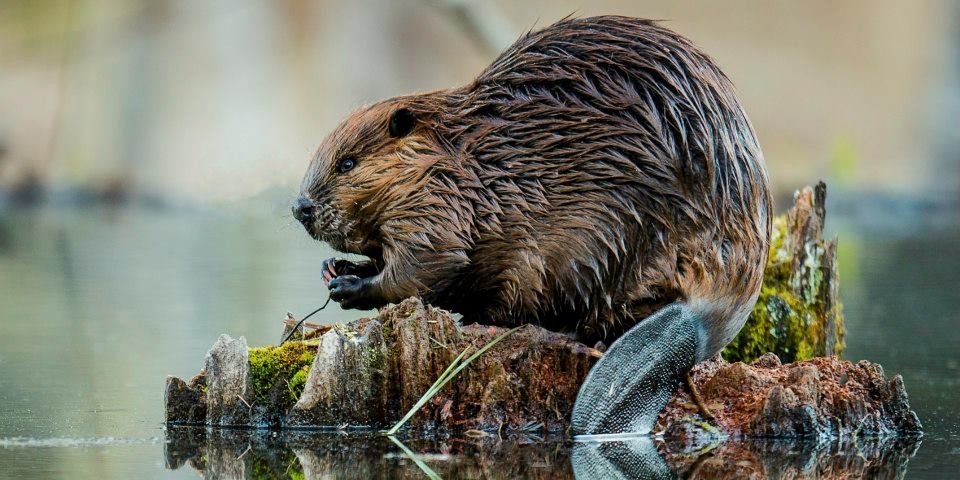 Beavers in northern Alberta are making their homes in industrial pits dug to supply materials for road construction, according to new research. (Photo: A. Colton)

Beavers and wolverines in northern Alberta are using industry-created borrow pits as homes and feeding grounds, according to a new study by University of Alberta ecologists.

The research examined the relationship between local wildlife and borrow pits, where soil, gravel or sand has been dug up for road construction. The results show that when revegetated, the sites provide homes for beavers, which in turn support the survival of wolverines.

“The borrow pits enhance habitats for a number of species of wildlife in the bogs of northern Alberta,” said Mark Boyce, co-author of the study and Alberta Conservation Association Chair in Fisheries and Wildlife.

“The deep water and adjacent forage create excellent habitats for beavers. And wolverines thrive when beavers do. Not only do they prey on beavers, but wolverines also have been shown to use beaver lodges as dens where they have their cubs.”

Displacement of wildlife by industrial development is a complex issue, Boyce explained.

“In this case, industrial development created the borrow pits that are now used by beavers that actually enhances habitats for our wilderness icon, the wolverine.”

The research was led by PhD student Matthew Scrafford, who formed a partnership with the Dene Tha’ First Nation that proved instrumental for the study.

“The most important partner on this research was the Dene Tha’ First Nation,” Boyce noted. “Several young people in the area were enthusiastic about the project. They were instrumental in building traps and supporting our research.”

The study, “Beaver (Castor canadensis) Use of Borrow Pits in an Industrial Landscape in Northwestern Alberta,” was published in the Journal of Environmental Management.