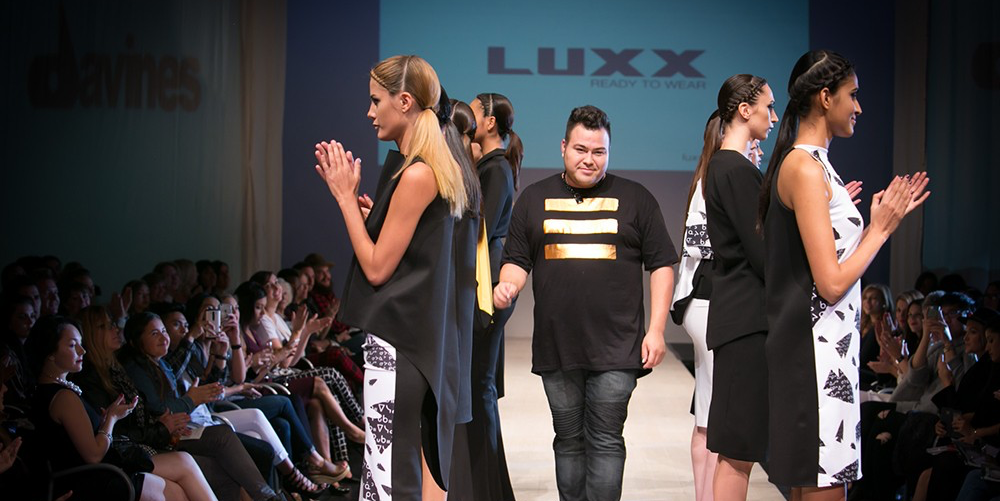 Fashion designer Derek Jagodzinsky (’10 BDes) has won the Indigenous Graduate Award, a newly established $15,000 Government of Alberta scholarship intended to encourage Indigenous (First Nations, Métis and Inuit) Albertans who are pursuing or wish to pursue graduate studies in Alberta. Applying directly to the Faculty of Graduate Studies and Research in February, Jagodzinsky was notified of his successful application earlier this week.

The award is the first of its kind to celebrate Indigenous students at the graduate level who have achieved academic excellence and are also involved in some meaningful way in the Aboriginal community. According to Jagodzinsky, a member of the Whitefish First Nation, to be selected as the inaugural recipient of the award is an “honour,” adding that he plans to use the funds to finance his projects and research.

Since graduating in 2010, Jagodzinsky has interned in New York with fashion designer Michael Kaye Couture (Michael holds an ’88 BA from UAlberta) and founded the internationally acclaimed LUXX ready-to-wear clothing company, which operates out of Edmonton and often features fashions that are reflective of the designer’s Indigenous heritage. Now enrolled in the master's program in industrial design, Jagodzinsky is planning to expand his LUXX brand to accessories, furniture and other fashion and lifestyle products.

“I have so much more to learn,” he says. “Kind of like Armani has Armani Home—that would be my dream: a full-fledged brand.”

Jagodzinsky will be presenting his latest spring/summer LUXX ready-to-wear collection at the 2016 Western Canada Fashion Week.

Back to Grad School for Derek Jagodzinsky (WOA Blog): http://www.woablog.com/2015/10/back-to-grad-school/l