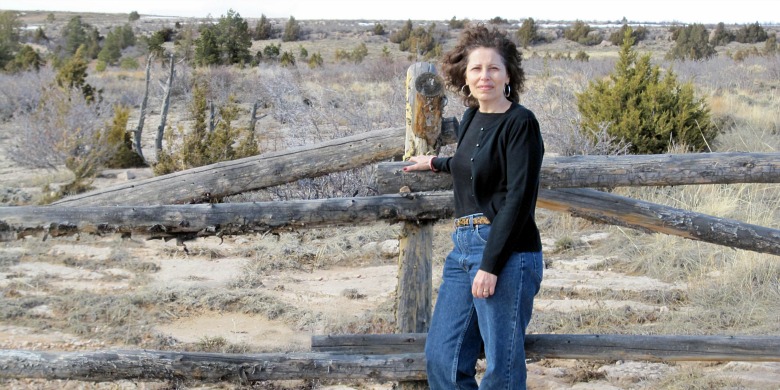 130326-leslea-newman-banner
Author and LGBT rights activist Lesléa Newman stands at the fence near Laramie, Wyoming, where Matthew Shepard was killed in 1998. Newman is this year's speaker for UAlberta's Visiting Lectureship in Human Rights.

(Edmonton) The University of Alberta’s commitment to serve society as a civic leader is not just a promise to advance science and technology. As the university’s human rights lectureship program shows, it’s also a duty to help influence change in cultures and create an inclusive society for all.

The Visiting Lectureship in Human Rights was launched in 1998 during the 50th anniversary of the United Nations Declaration of Human Rights. Since then, the lectureship has brought prominent speakers who have been personally affected by abuses, such as Archbishop Desmond Tutu, to share their experiences and talk about their successes in addressing human rights issues.

Nancy Hannemann, director of the Global Education program with University of Alberta International, says the lectureship has helped focus attention on abuses that have affected people in virtually all countries—and is now helping to draw attention to another pressing human rights issue.

“Some of those who have delivered the lectures have talked about racism, genocide and slavery—issues that are relevant in our world,” Hannemann says. “Until now, we haven’t looked at the equally relevant area of LGBT rights.”

That area is what the American author and activist Lesléa Newman will be discussing when she delivers this year’s lecture March 27. In 1989, Newman published Heather Has Two Mommies, recognized as the first children’s book featuring a girl with two women as parents.

Newman will read from that book when she takes to the stage at the Centennial Centre for Interdisciplinary Science. She says she will also talk about individuals who have made a difference fighting for gay rights and show how one person can bring about change.

“I hope my talk will put a human face on my community. Part of the lecture will be a speech, and interwoven in that are fragments of poems and stories I’ve written,” she says. “Violence is destruction, and I feel the opposite of destruction is creation or creativity, so I try to create artworks that inspire people to make the world a better place.”

Newman says she also tries to put a face to people who have been hurt—a thread that runs through works such as A Letter to Harvey Milk, Still Life With Buddy and October Mourning: A Song for Matthew Shepard.

In the case of Matthew Shepard, she says the men who killed him are now spending their lives in prison.

“That’s a very tangible way they hurt themselves, they have no chance of parole. So in a space of 45 minutes, they killed someone; they deeply affected the life of his family and friends and they ruined their own lives,” Newman says. “I attempt to speak for these people who’ve been hurt, because they can no longer speak and carry out the work of social justice to honour their legacy.”

Newman says she’s deeply humbled that the U of A has given her an opportunity to speak on campus.

“I never thought in my lifetime that we would get this far. I’m very old, I come from the time—and I’ll be talking about this—when a gay-rights activist would not be allowed to speak at a university, let alone be honoured to do so.

“This shows the progress that has been made, which is gratifying and fills me with a lot of hope. Obviously, the U of A is a very open-minded and progressive institution that cares about all its students and wants everyone to feel like they have a place, and that’s wonderful. It’s especially important for allies to come forward, take a stance and help protect the most vulnerable people in our society—which are, in my opinion, youths.”

Newman will also use the opportunity to encourage others to help create more welcoming societies. “At the end of my lecture, I’m going to ask the audience to make a commitment to social action. I’m going to directly challenge them to do something, to make a promise.”

The 2013 Visiting Lectureship in Human Rights takes place March 27 at 7:30 p.m. in room 1-430 of the Centennial Centre for Interdisciplinary Science.