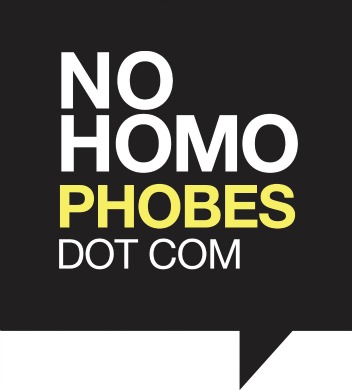 (Edmonton) In the time it takes you to read this story, the word “faggot” will have appeared on Twitter about 80 times.

That word, and terms like "That's so gay,” "dyke" and "no homo," are all too commonly used on Twitter, the social media giant. And now, they are all being tracked by Nohomophobes.com, an innovative website out of the University of Alberta’s Institute for Sexual Minority Studies and Services (iSMSS) designed to confront homophobic language head-on.

Kristopher Wells, associate director of iSMSS, says the site interweaves social media and public education to facilitate a conversation on the impact of discrimination, prejudice and hate.

“The idea of the website is to really serve as a social mirror that reflects the pervasive and damaging use of what we call casual homophobia in our society,” said Wells, who is also an assistant professor in the Faculty of Education. “What we’re saying is the old nursery rhyme your parents would tell you, ‘Sticks and stones may break my bones, but words will never hurt me,’ is wrong.

“Words have the power to shape identity, people’s reality and their possibilities in life.”

Brought online in a partnership with Calder Bateman in July, Nohomophobes.com tracks derogatory terms in real time in a way that resembles stocks on a stock market. So far, the site has counted nearly 2.5 million uses of the word “faggot” on Twitter, far and away the most used of the four terms being tracked.

“And [faggot] is not used in very many nice ways,” said Wells. “What we’ve seen is this kind of derogatory language, whether it happens on Twitter or elsewhere, really furthers stereotypes and isolates sexual and gender minorities, their friends and their families.”

He says the institute is particularly concerned about the impact homophobia, casual or otherwise, has on young people, pointing to the increase of cases of youth who have taken their own lives because of homophobic bullying.

Wells explains the site makes it obvious—in spite of the fact that many of the tweets are not intended to be negative or hurtful—that sexual minority youth live every day in an intense context of negative, often hate-filled input.

“What the website then becomes is a call to action,” he said. “It is about people no longer participating in this kind of casual homophobia.”

Beyond the real-time collection of homophobic tweets, the site encourages its visitors who participate on Twitter to hashtag #nohomophobes when they see or encounter homophobia.

“We want people to speak up and help break the silence that surrounds these issues,” said Wells. “When we don’t intervene and we don’t speak up and say that’s unacceptable, our silence makes us complicit in the act of discrimination.”

Wells says the U of A has long been a leader in this fight, adding he believes this is an ideal project for the university. Besides the creation of iSMSS, the university has supported many sexual-minority projects including the creation of Camp fYrefly, a learning retreat for sexual-minority youth, and works with local organizations to help translate its research knowledge into community-based practice. Last year, for instance, Wells worked with the Edmonton Public School Board to help develop a new sexual identification and gender identification policy to offer protection and support to students, staff and families.

“The institute was created by the university to engage in leading-edge research to help mobilize knowledge into inclusive social action and, ultimately, to engender social dialogue on this pressing social issue,” he said. “With this site, we see the University of Alberta continuing its pioneering work and showing its community leadership by using this unique form of digital research as a primary research tool.”

Nohomophobes.com will be supported by an innovative media campaign, including posters and displays on campus and across the larger city, including a bathroom stall art installation on the first floor of the Education North Building. Global TV, Pattison Outdoor and New Ad Media have all joined as campaign sponsors. For more background on Nohomophobes.com, including access to various media tools, please contact the Institute for Sexual Minority Studies and Services.