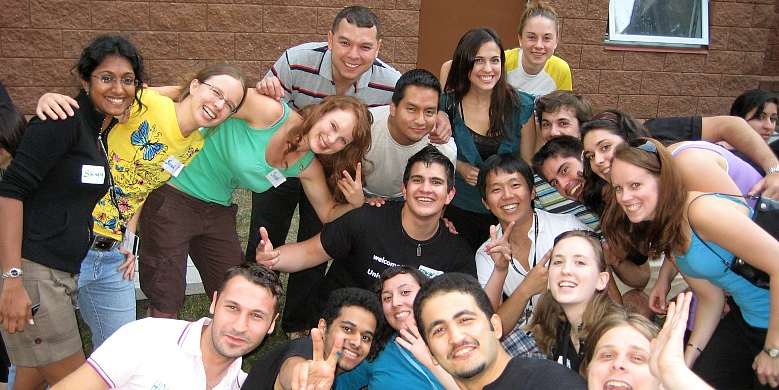 International students at UAlberta hail from 152 countries, bringing a global perspective that enriches the campus culture.

(Edmonton) The University of Alberta has long held that increasing foreign student enrolment is a win-win for everyone. Hailing from 152 countries, foreign students bring a global perspective to the campus culture and serve as informal ambassadors—even future research and business partners—after they graduate.

That’s why the university has aggressively recruited students from abroad in the past decade, more than doubling their numbers. In 2006, full-time undergraduate foreign students made up less than five per cent of all students at the U of A; that proportion is now almost 12 per cent (6,333) and growing. And the graduate percentage is the highest in the country at almost 35 per cent, as is the number of students from China.

So when the federal government announced last week a program to double Canadian foreign student enrolment to 450,000 by 2022—backed by $5 million annually in marketing funding and $13 million in new scholarships—it was welcome news to Britta Baron, the U of A’s vice-provost and associate vice-president (international).

“From my point of view, I think it's fantastic—it's great news,” says Baron. “But the real value is not in the money. It’s the fact that the government is coming out and saying we need to double the number of international students in Canada.

“We get pushback sometimes from people who say, 'Do we really need these international students? Aren't they taking away spaces from Canadian students who really need them?’ So with the Harper government saying yes, we need these students—that's hugely important."

Coming from International Trade Minister Ed Fast, last week’s announcement signalled the potential dollars at stake in a highly lucrative market. According to the Advisory Panel on Canada’s International Education Strategy, educating foreign students ranks as Canada’s 11th largest export—and its biggest export to China. Foreign students spent $8.4 billion in Canada in 2012, so doubling that number would be a significant boon to the national economy. In addition, those students who remain in Canada can also help fill labour shortages.

But beyond the economy are the more intangible benefits, says Baron. International students “strengthen the position of Canada in the world. We also know a lot of them will want to stay in Canada, enhancing our immigration records with people who are highly educated and motivated.

"Moreover, their presence on campus makes us a much more international environment that everybody is benefiting from. It gives our students a very different perspective on the world and even the global labour market."

As for the oft-expressed criticism that foreign students take away places from Albertans and Canadians, Baron stresses it’s simply not true. Foreign students pay for the full cost of their education, so it has no effect on domestic student enrolment.

Perhaps the biggest challenge to international student recruitment is access to visas. In many countries, says Baron, that process is hopelessly mired in staff shortages and inefficiencies.

“I think the best use the government could make of this money is to fast-track visas so we don't have that bottleneck any more."

As good as it sounds, however, doubling international enrolment over the next eight years will be a tough challenge, says Baron. The U of A has made successful inroads in a number of countries in Asia, Europe and South America, and its current priorities include China, India and Malaysia, but there are limits to what those markets can provide.

“I think we've made huge progress, but people underestimate what it now means. To double the number again is going to be much harder than the doubling we've done in the last 10 years. We're pushing against more and more competition and against a market that is, at best, stabilizing and not necessarily growing."