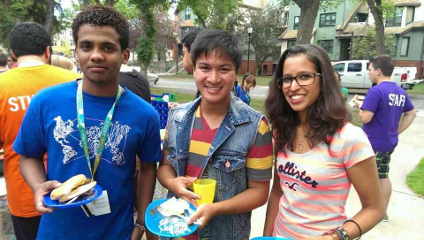 Food, fun and dialogue are all in store during I-House's 10th anniversary celebrations. 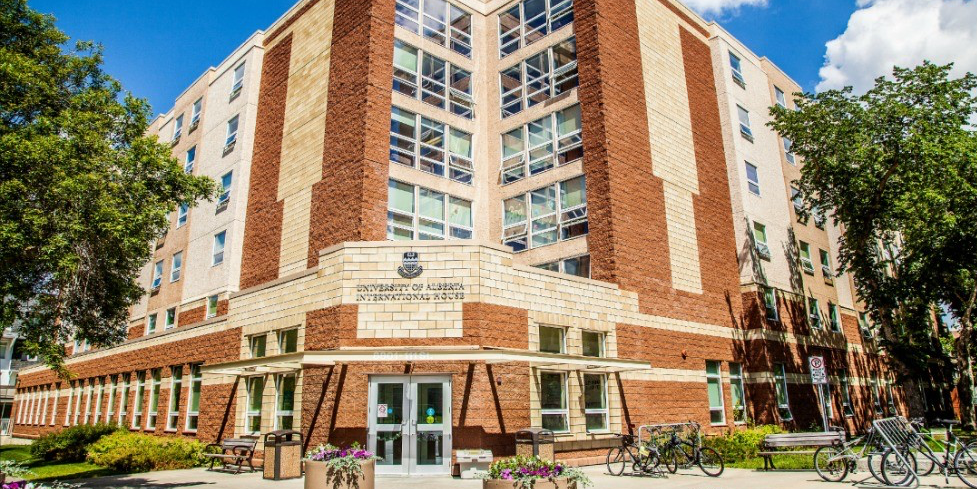 UAlberta's International House celebrates its 10th anniversary this year. The residence has been home to more than 1,000 students from 70 countries.

(Edmonton) One of the tightest—but most diverse—communities at the University of Alberta is gearing up for a big birthday bash during Alumni Weekend.

International House turned 10 this fall, and those who have called the residence home over the last decade are reuniting to celebrate through music, dialogue, food and fun.

“The celebration is going to be amazing ... bringing together everything we have built together over the last 10 years,” says Leslie Weigl, global education co-ordinator with University of Alberta International, who helps plan and implement programming at I-House with its Canadian and international student residents.

“We've put together three incredible days of food, music and activities that will bring together our community from all over the world that has been part of I-House over the last 10 years. It’ll be a time for our I-House family to reconnect, tell stories of their adventures and share how I-House has shaped their lives.”

A global community under one roof

Built on what was once the east edge of the U of A’s North Campus, I-House officially opened its doors in September 2004, welcoming students from 31 countries. Since then, more than 1,000 people from 70 countries have called I-House home. Alumni come from all corners of the world, from Nigeria, China and Egypt, to Ecuador, India and Iceland—plus all across Canada.

The community’s diversity and commitment to global citizenship and social responsibility make life in I-House unlike any other residence experience, says Weigl. Residents live and learn together in a community of mutual respect and understanding, and join in projects and activities that foster intercultural awareness—everything from international potlucks and feasts to mural paintings, global dance parties and exclusive talks by renowned global speakers.

Notable guest speakers at I-House have included human rights and HIV/AIDS advocate Stephen Lewis, former Canadian ambassador to the United Nations and the UN secretary-general’s special envoy for HIV/AIDS in Africa (2001–2006); Indian journalist and author Palagummi Sainath, one of the world’s foremost experts on famine and hunger; and Mary Robinson, the first woman president of Ireland and former UN high commissioner for human rights.

A welcome reception and musical cafe kicks off Friday with the Latin-fusion sounds of Edmonton’s La Luna de Santiago. Saturday’s agenda starts with the I-House Global Roundtables, titled “Creative Approaches for Shifting Worldviews.” The facilitated discussions feature Sarah Pocklington from the award-winning Aboriginal musical group Asani; Mohamed El Daly, an I-House alumnus, former director of the Faculty of Engineering's DiscoverE program and current director of outreach and product services with the Association of Professional Engineers and Geoscientists of Alberta; and Weigl. The roundtables are free and open to the public.

Saturday closes with the 10th Anniversary Gala, a dinner and dance celebration for I-House residents, alumni and friends, featuring the Juno-nominated Edmonton band Souljah Fyah. A farewell pancake breakfast, accompanied by the sounds of Chilean-Canadian singer-musician Marco Claveria, and friendly games of soccer or volleyball—plus a giant Earth ball—round out the weekend on Sunday.

More than 50 alumni and friends are expected to join 100-plus current residents during the weekend.