Capitalizing on an educated workforce and taking a hard look at taxation would help the province diversify its post-pandemic economy, according to two U of A experts. 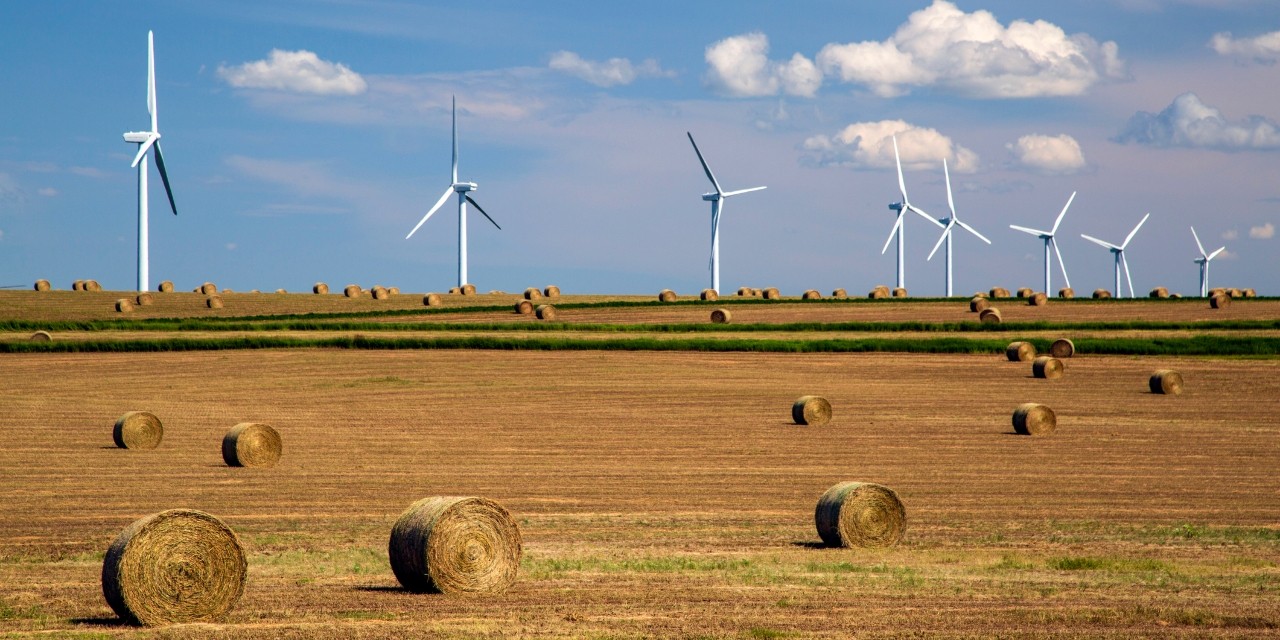 UPDATED July 3, 2020: A previous version of this story noted that economics researcher Bob Ascah is a current fellow of the U of A's Institute for Public Economics. It has been updated to note that he is a former fellow of the institute.

Growing Alberta’s sustainable energy sector alongside its conventional energy backbone might be a short-term remedy for pulling the province out of its current financial crisis, but University of Alberta economists say it won’t necessarily help the province compete globally.

Joseph Doucet, dean of the Alberta School of Business, agrees that investment in a greener future is important for the province but notes that diversifying our exports beyond what the province has is easier said than done.

“It's not to say that we shouldn't be using wind and solar, but when it comes to developing renewable energy, Alberta doesn't have any innate or natural competitive advantage to, for instance, build wind turbines, fuel cells or solar panels,” he said.

“The fossil fuels that we have in the province, the oil and gas under the ground, is a potential stock of value that we can produce and sell on global markets for another several decades.”

In thinking about Alberta’s competitive advantages, other than agriculture, forestry and oil and gas, Doucet said that list may include increased tourism, a possible transportation hub for Western Canada, close proximity to a very large market of more than 300 million people in the United States and an education system that is second to none.

“Our educated workforce is one of the reasons we have this potential for development of innovation and technology, as well as a burgeoning entrepreneurial tech sector,” said Doucet.

However, the competition for tech investment is fierce and involves virtually every jurisdiction in North America. To make Alberta more inviting, Doucet said incentives are not the only tool at the disposal of the province in attracting firms and investors already looking at high-cost jurisdictions like Vancouver, Boston or Seattle.

As the COVID-19 curve flattens and restrictions are loosened, Bob Ascah, economics researcher and fellow at the U of A’s Parkland Institute, said he expects to see a bump in the price of oil but doesn’t expect that fuel consumption will bounce back any time soon.

“What that means to the public finances of Alberta is rather stark.”

As the province quickly went into lockdown in March, Premier Jason Kenney suggested Alberta’s 2020 deficit could move from the $6.7 billion forecast at the end of February to $20 billion in the space of three or four months.

To help jumpstart the economy, Ascah suggested the province should begin phasing in elements related to, if not a greener economy, at least greener day-to-day living. Such initiatives might include changing building codes to include solar power on new homes, incentivizing retrofits and investing in public transit.

And even though most experts agree peak oil—where oil consumption reaches its maximum rate, after which production will gradually decline—is still years away, Ascah said the economic activity from a greener economy will help stabilize the province’s fiscal picture and help Alberta further along the sustainable energy path.

“The articulate people in the environmental community recognize that we're not going to stop driving automobiles, or stop using plastic for packaging and such,” said Ascah. “Rather, what they're saying is that we need, by design rather than default, to plan for that transition.”

To address the coming cash crunch immediately, however, Ascah said government leaders will have to carry out a top-to-bottom review of taxation not only in the province, but federation-wide.

“Right now, the nation’s tax system is a rat’s nest of complexity that gives employment to corporate tax departments but is totally unproductive and adds nothing to our national wealth,” he said.

Ascah noted the federal government is going to look at a variety of measures—wealth taxes, estate taxes or a capital tax—while the province will have to look long and hard at replacing the missing $6-8 billion in annual oil revenues with a sales tax.

There is no one side of the political spectrum that loves a sales tax, noted Ascah. Those on the left think consumption taxes are regressive and hurt people with low incomes. Those on the right argue it’s just more money for the government to waste.

“Both sides have valid arguments, but I think the positives outweigh the negatives in the sense that we have this massive deficit and it just doesn't make sense not to address it,” he said.

“Over the years Albertans have really enjoyed their public services but only pay 60 to 90 per cent of the bill, while energy royalties pay the rest,” he said.