Is it safe to eat canned food past its best-before date?

Yes, but trust your eyes and nose if something seems off, say U of A experts who also offer 5 tips to prevent food poisoning. 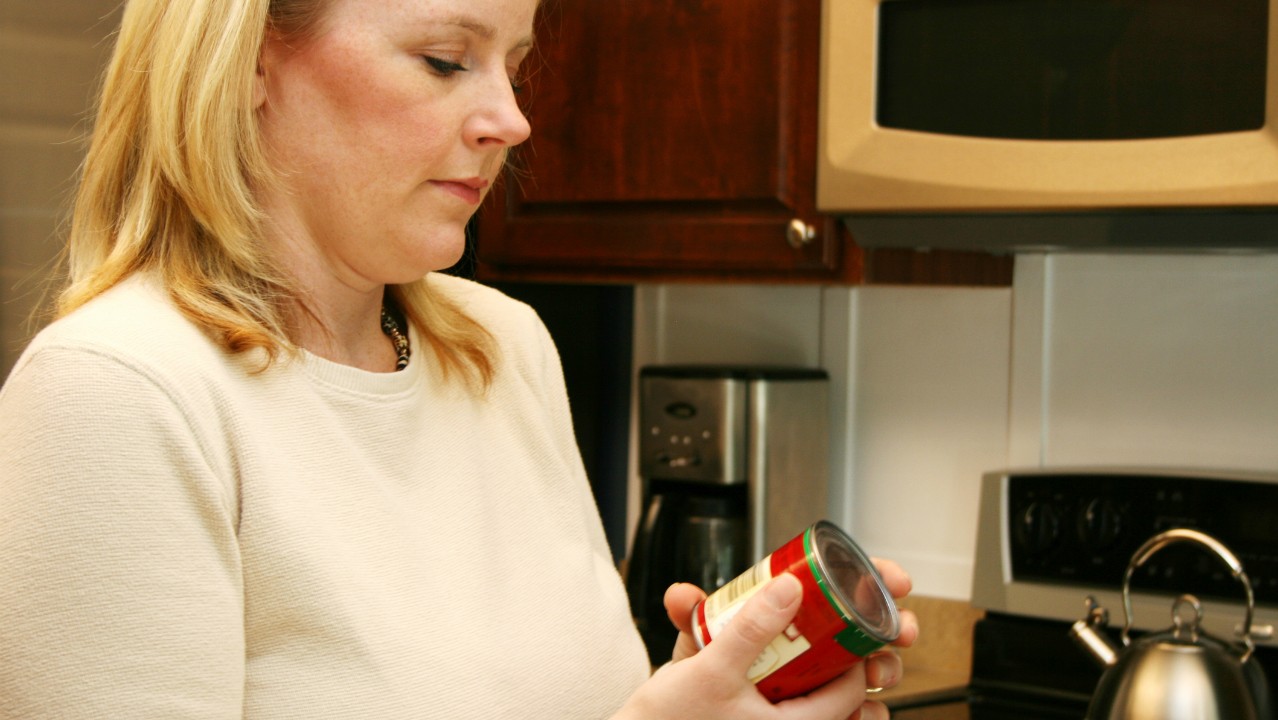 Canned foods keep out air and light that can cause spoilage, so they're often safe to eat after well after their best-before date, say U of A researchers. (Photo: Getty Images)

Fall means food drives and festive dinners, but if those forgotten cans of beans or cranberry sauce in the cupboard are years past their best-before dates, is it still safe to use them?

Cans are sealed tightly against air and light, the culprits behind food spoilage, so they have a shelf life that lasts for years, said U of A food microbiologist Michael Gänzle.

“Generally, everything you buy in a supermarket, outside of fresh vegetables and refrigerated items, is safe well past the best-before date, as long as the quality is what you want it to be,” he said.

That means checking to see if the food is still appealing. Check out how it looks and smells when the can is opened. Look for discolouration or an off-kilter odour.

“Your nose and eyes are valuable tools to decide whether something is good enough to eat or not,” added Lynn McMullen, also a U of A food microbiologist.

“If the food isn’t in the condition you are expecting to see, then don’t eat it. But if it looks and smells OK, it probably is OK,” Gänzle said.

Most people would be surprised at how long packaged food can last, said McMullen, who’s safely eaten sour cream months past its stamped expiry date.

“There isn’t a lot of knowledge about best-before dates, so there are misconceptions,” she said.

Modern consumers aren’t very connected to how their food makes it from farm to factory to the grocery store, which means there’s a general lack of knowledge about food chemistry and how it affects shelf life, Gänzle noted.

“Past generations baked their own bread, made their own meat, bottled their own cider. But today we don’t know much about canning or food production. You look at a best-before date and don’t know any better,” he said.

Those dates are required under Health Canada regulations for any perishable foods deemed to have a shelf life of 90 or fewer days, like dairy products. But when it comes to canned goods, which have a shelf life exceeding 90 days, they serve more as a guideline for quality than an expiry deadline, McMullen noted.

“It gives consumers an idea of how long the food will retain its quality and useful life,” she explained.

The stamp indicates the food supplier is confident the can’s contents are good up to that date under normal conditions, “but after that, the quality could be affected by variable factors like transportation or storage conditions”—for instance, if a can is accidentally punctured, Gänzle said.

For food in other types of packaging, the long-term quality can be more iffy. Cardboard boxes and some thinly sealed foil packages let in air, so items like powdered cheese found in dinner kits, or dried soup mixes, can oxidize and become stale or rancid in a matter of months.

The best way to preserve and extend shelf life is by storing cans, bottles and packages of food in dark, cool spaces away from light and heat, Gänzle advised. When possible, buy dark-coloured containers and bottles of food instead of clear glass or plastic, to keep light levels low.

The fact is, the safety of food depends not on packaging, but on proper handling during all steps of the supply chain from the grower to the processor, to the retailer and ultimately to the consumer, McMullen said.

According to Statistics Canada, there are about four million cases of food poisoning annually, caused by pathogens like bacteria, viruses or parasites—the result ofundercooking, poor handwashing or other unsafe practices.

To protect against food-borne illness, McMullen and Gänzle suggest these tips:

Is it safe to eat canned food past its best-before date?
Newsroom