Is the next great Canadian novel a memoir? 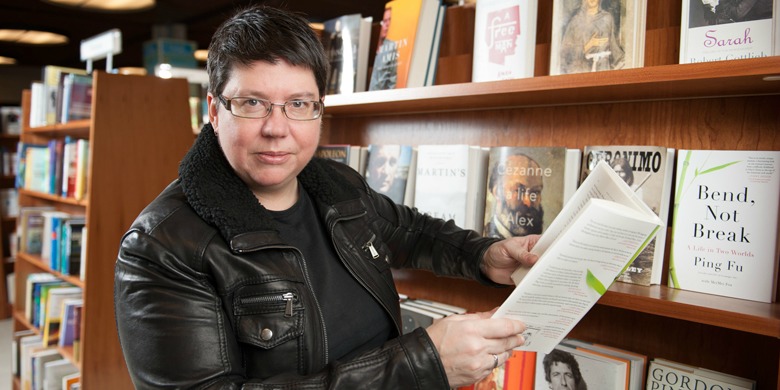 130311-julierak-banner
Julie Rak, an autobiographical theorist at UAlberta, will discuss the rise of the "memoir boom" during this week’s 2013 Broadus Lectures.

(Edmonton) A few years ago, autobiography scholars in Canada and the United States started noticing that tens of thousands of memoirs written by ordinary people and celebrities alike were hitting and flying off bookshelves at unprecedented rates.

This shift in the literary landscape, which traces its roots to the early '90s, has sent observers, one of them being University of Alberta autobiographical theorist Julie Rak, on a quest to begin documenting what has come to be known as the “memoir boom.”

“I wanted to know what it means to have a mainstream memoir, what it means to write something that’s a bestseller, and whether we can connect that kind of production of memoir with other cultural trends at the same time,” says Rak, a professor in the Department of English and Film Studies, who was selected to present her findings at this year’s Edmund Kemper Broadus Lectures.

Rak will begin the three-day lecture series March 12 with "Manufacturing Memoir: The Boom and Its Backlash, Publishing and Pleasure." This first lecture will help shape contemporary understanding of memoirs, which Rak says are often thought of as literature.

“If we stop thinking about memoirs as literature—because the tendency is to think of it as a text—and think about it as a commodity that’s produced by an industry for consumption, and if we understand how that industry works, then we might understand why memoir has become so popular to read and write at this time,” Rak says.

The March 13 lecture, entitled "Selling Memoir: Bookstores and the Space of Genre," will focus on the transformation of shelf space at bookstores normally reserved for autobiographies.

“There’s an increase in memoirs by women and also by visible minorities, who feel that their stories might be read. And publishers are open to publishing them. The details about famous people aren’t the only things people want to read anymore, and so who gets to tell a story has changed,” she says.

The March 15 talk, "Reading Memoir: Persepolis and the American Invasion of Iraq," will highlight how reading memoirs helps people understand the world around them. Rak says the part of her study that best illustrates this search for answers comes from the database she created of all memoirs produced by big publishers in a given year.

“I picked the year that the U.S. invaded Iraq. I got all these stories that dealt with Middle Eastern people, and had to figure out why Americans were interested in reading about women in the Middle East at that time.”

Rak says the answer is citizenship, which she says goes beyond simply being born in a particular country. “The other dimension is the affective domain of citizenship, which is how you feel connected to other people in other countries. And that is actually the more important one, and in some ways I think American citizens are reading those memoirs to figure out what it means to be American. That’s a really complicated question for them,” she says.

But despite the marketing strategies by leading publishers, Rak says the boom is also partly fuelled by ordinary people wanting to learn about people like them.

“My grandmother said that we’re curious about other people,” says Rak of her grandmother—an ardent reader of non-fiction—who died on her front porch while reading the biography of Queen Elizabeth. “We feel that memoirs can show us the minds of others and we’re increasingly in a world where we don’t know the minds of others.”

The lecture series was created to honour Edmund Kemper Broadus, one of the first professors hired by the U of A’s first president, Henry Marshall Tory.

Is the next great Canadian novel a memoir?
Newsroom