Is tobogganing as dangerous as we think?

Sledding has had a bumpy ride in recent years, but the risks are being blown out of proportion, public health expert says. 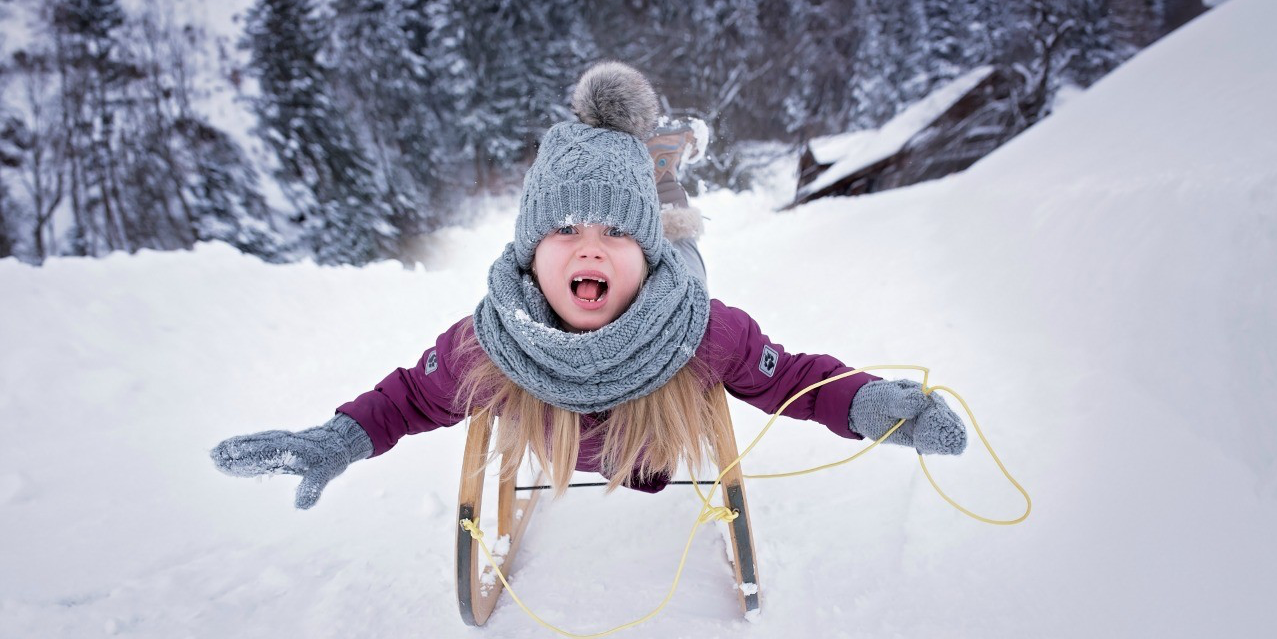 Tobogganing might be the quintessential Canadian winter pastime,  but trouble has been swirling on snow hills across the nation as municipalities move to ban it.

Banning tobogganing is putting Canadian cities on a slippery slope that won’t prevent lawsuits and could keep kids from enjoying a healthy winter activity, says a University of Alberta public health expert.

Don Voaklander, director of the Injury Prevention Centre, points to recent data from Alberta hospitals showing that tobogganing landed far fewer people in the emergency room than other popular winter activities like ice hockey, downhill skiing and snowboarding. And only three per cent of those people who visited the ER with tobogganing-related ailments ended up in an inpatient bed.

“It’s not nearly as bad as skiing or curling,” said Voaklander, noting that curling may cause less ER visits than tobogganing but is twice as likely to cause a hospital stay. “It’s because people do headers on the ice. If you get an injury, the curling injury is going to be more severe.”

”The take-home message here is that it’s good that parents know the risks. If your kid’s going sledding, throw a helmet on their head—it doesn’t have to be ski-rated helmet; it could be a bicycle helmet, a hockey helmet. Any helmet is better than no helmet.” 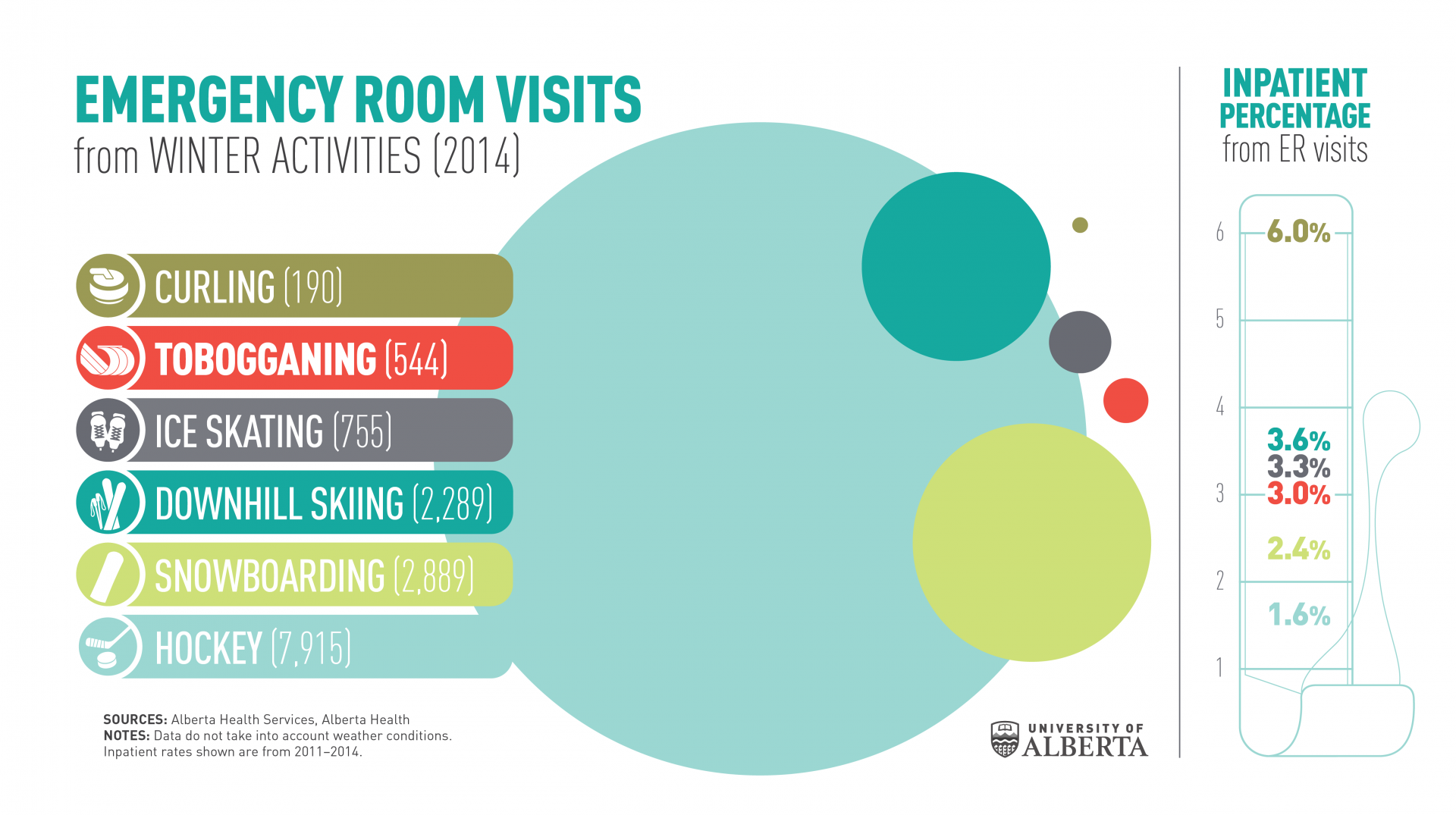 So what’s behind the move to ban tobogganing while hockey and curling continue unchecked? It’s likely more about covering butts than protecting them, Voaklander said.

In January, the town of Jasper banned sledding on two popular local hills, joining cities like Calgary and Hamilton that have enacted similar restrictions in city-owned spaces.

Edmonton has no ban—in fact, it provides a handy guide that tells its citizens when the conditions are right to head to the hills.

“[Municipalities] are trying to reduce their insurance rates. There have been some high-profile lawsuits in Canada, particularly from adults who’ve been injured. If you talk to any municipality in the country, they’ll say it’s getting harder and harder to get moderate-cost insurance to cover recreational activities,” said Voaklander.

Nevertheless, he is unconvinced that municipal bans are effective at preventing lawsuits or injuries.

“You can ban it, but it’s like signing a waiver. You can sign a waiver and still sue somebody.”

Voaklander said he wouldn’t want to see kids miss out on the health and social benefits of tobogganing just because the risks have been blown out of proportion.

“I think it’s a good idea that people are mindful of the risks, but I don’t think we should regulate it,” he said. “Kids these days get so much structured activity. There’s a whole movement right now suggesting that we’re losing something in society by not exposing kids to more free play. This is one of the last things they can do that falls under that umbrella. And there’s a low cost of entry—it’s not hockey, it’s not gymnastics. You can do it on cardboard and have as much fun as everybody else.”

Is tobogganing as dangerous as we think?
Newsroom