It's what underneath that counts

Because this is a fairly common geological setting on modern Mars, we think that as long as the right minerals and liquid water are present, maybe kilometers below the Martian surface, they may interact and produce energy for life, if there is any. 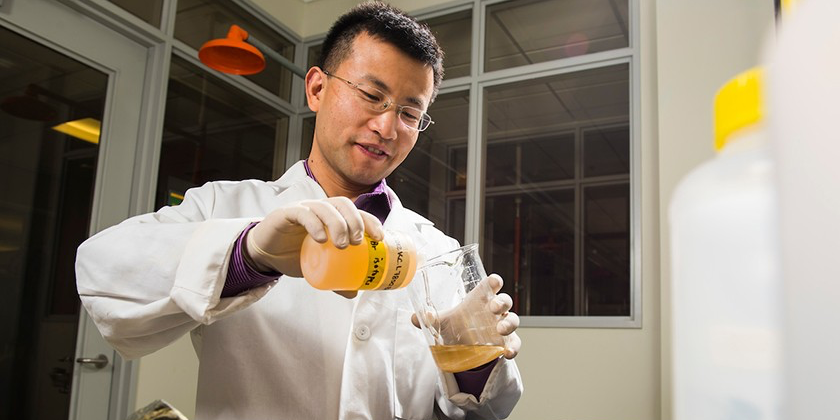 To the naked eye, ancient rocks may look completely inhospitable, but in reality, they can sustain an entire ecosystem of microbial communities in their fracture waters isolated from sunlight for millions, if not billions, of years. New scientific findings discovered the source of the essential energy to sustain the life kilometers below Earth’s surface with implications for life not only on our planet but also on Mars.

The two essential substances used by the deep subsurface microbes are hydrogen and sulfate dissolved in the fracture water. There is a basic understanding that reactions between the water and minerals in the rock produce hydrogen, but what about sulfate?

“We are very interested in the source of sulfate and how sustainable it is in those long isolated fracture water systems” says Long Li, assistant professor in the University of Alberta’s Department of Earth and Atmospheric Sciences and Canada Research Chair in Stable Isotope Geochemistry.

Not all sulfur created equal

Li—who worked as postdoctoral fellow with Barbara Sherwood Lollar, professor in the Department of Earth Sciences at University of Toronto and Boswell Wing in the Department of Earth and Planetary Sciences at McGill University—examined the relative ratios of several types of sulfur atoms that have different neutron numbers, namely sulfur isotopes, in the dissolved sulfate in the billion-year-old water collected from 2.4 kilometers below the surface in Timmins, Ontario, Canada. They observed a unique distribution pattern called sulfur isotope mass-independent fractionation.

“To date this signature of ancient Earth sulfur has only been found in rocks and minerals,” says Sherwood Lollar. “Based on the match in the isotopic signature between the dissolved sulfate and the pyrite minerals in the 2.7 billion year old host rocks, we demonstrated that the sulfate was produced by oxidation of sulfide minerals in the host rocks by oxidants generated by radiolysis of water. The same pyrite and other sulfide ores that make these rocks ideal for economic mining of metals, produce the ‘fuel’ for microbial metabolisms."

The authors demonstrate that the sulfate in this ancient water is not modern sulfate from surface water flowing down, but instead, just like the hydrogen, is actually produced in place by reaction between the water and the wall rock. What this means is that the reaction will occur naturally and can persist for as long as the water and rock are in contact, potentially billions of years.

“The wow factor is high,” says Li, who explains that billion-year-old rocks, exposed or unexposed, compose more than half of Earth’s continental crust. “If geological processes can naturally supply a steady energy source in these rocks, the modern terrestrial subsurface biosphere may expand significantly both in breadth and depth.”

Some locations on Mars have similar mineral assemblages to the rocks in Timmins. This allows the scientists to speculate that microbial life can indeed be supported on Mars.

“Because this is a fairly common geological setting on modern Mars, we think that as long as the right minerals and liquid water are present, maybe kilometers below the Martian surface, they may interact and produce energy for life, if there is any.”

Li concludes that if there is any life on Mars right now—a question that has long piqued people’s curiosity—the best bet is to look below the surface.

It's what underneath that counts
Newsroom