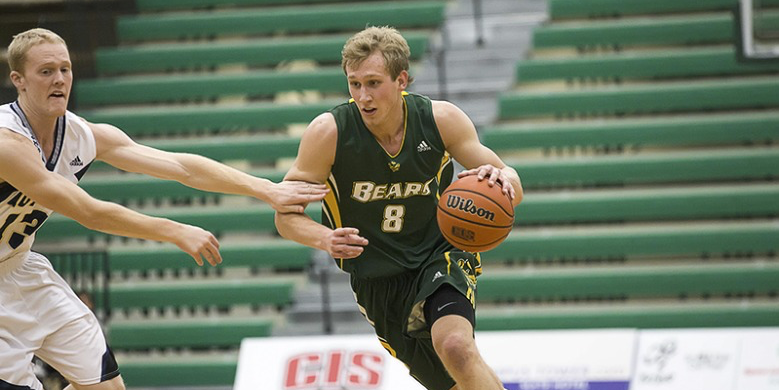 The fifth-year student-athlete accomplished the feat Jan. 25 when he drained a free-throw attempt at 6:35 of the first quarter against the Calgary Dinos at home in the Saville Community Sports Centre.

Going into the game, Baker needed just five points to break the record of 1,561 points set in 1996 by Greg DeVries.

Immediately following the bucket, the game ball was collected by Jordan's father Doug, who was a three-time Bears MVP, as well as alumni Stephen Parker (2002 CIS MVP), Rick Stanley and DeVries.

The scoring record is the 10th Golden Bears record Baker has broken in his five seasons at the U of A. He also owns the career conference records for rebounding, steals, assists, field goals made, field goals attempted, free throws attempted, three-point shots attempted, minutes played and games played.