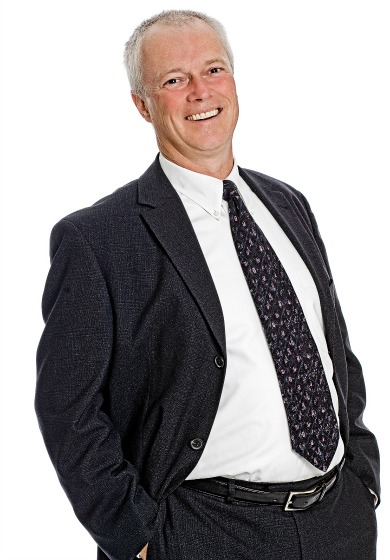 (Edmonton) The University of Alberta Board of Governors has appointed Joseph Doucet as dean of the Faculty of Business, effective July 1.

Doucet, one of Alberta’s leading energy policy thinkers, assumed the role of interim dean of the Faculty of Business (also known as the Alberta School of Business) 18 months ago after longtime dean Mike Percy stepped down in 2011.

“Joseph sees the Alberta School of Business as a world-class business school with a highly successful research focus, excellence in teaching programs and outstanding connections to its communities,” said Martin Ferguson-Pell, acting provost and vice-president (academic). “He envisions the school taking its place as a national and international leader, actively contributing its voice to economic development and applied research, with its alumni assuming positions of leadership in business.”

Doucet, who served as the school's Enbridge Professor of Energy Policy between 2005 and 2010, says the university’s excellence across so many faculties is what is particularly attractive about his new post.

“Solutions to many of the societal challenges that we face—from issues in governance and business ethics, new technologies or the energy and environmental issues that I am interested in—are going to involve researchers across all the faculties,” he said. “It’s going to be important that university leaders are more effective in working across those faculty lines to bring more power to bear on those significant social challenges.”

In the course of the more than 20 years he has been an academic, Doucet has looked at an array of issues regarding energy regulation in everything from public utilities and power plants to pipelines and power lines, thinking about how to make energy regulatory structures more effective and more efficient.

He says his research interests in energy and policy have been pivotal in his increasing leadership role in the school and in the province. Doucet is a frequent commentator in the media and an analyst to government departments, regulatory agencies and private-sector entities in the energy industry. And although he says administration was never something he thought about early in his career, it is something he has grown to appreciate as the need for leadership has increased in the complex and often interdisciplinary field of energy public policy. “I believe my research examines a really broad set of issues, and that puts me in a good place to lead the Alberta School of Business.”

In his short time as interim dean, Doucet has already had an immeasurable impact. His first order of business was developing the school’s earnest new vision: Leaders from Alberta for the world.

“I want to provide a richer, stronger, more vibrant learning environment for all of our students across all of our degree programs, to put them in a better position to assume challenging and strategic leadership roles when they leave the Alberta School of Business.”

And while developing a plan for building a new home for the Alberta School of Business will be the backdrop for everything the faculty does over the next five years, Doucet says his main priority is to solidify the school’s leadership in research. According to the 2013 Financial Times business school rankings, the Alberta School of Business is among the top 100 business schools worldwide; in research output, it ranks ninth globally among publicly funded institutions and 33rd overall.

“We are a research-focused and research-active business school, so I want to focus on applied research that speaks to policy-makers, speaks to government, speaks to firms and NGOs outside of the university,” he said. “I want us to do a better job of communicating how our research is relevant in the real world.”