Researcher Nicholas Ashbolt is protecting Alberta communities by working on ways to keep our water safe. 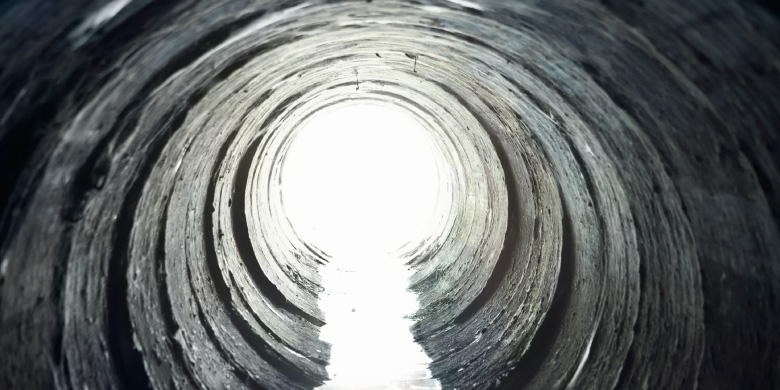 (Edmonton) When we think about unsafe drinking water, our minds may leap to contaminated wells in developing nations or flood damage to sewage systems. It’s easy to feel removed from these issues. Yet each year viruses, bacteria and parasites from our drinking water cause documented illness right here in North America.

“Part of the problem is that water regulations over the past century have focused on controlling sewage contamination of water to prevent diseases like cholera and typhoid,” says Nicholas Ashbolt, professor with the University of Alberta's School of Public Health and world-renowned water expert.

Ashbolt has studied water for more than 30 years. His work has guided the development of water testing and quality systems for countries across the globe, including Australia, Malaysia, Sweden and the United States. Now in Alberta, Ashbolt is studying water and sanitation systems in an effort to make our water systems safe and sustainable.

“We can manage faecal contamination of water. But we do not have regulations to manage the growth of pathogens within plumbing systems,” says Ashbolt, who was recently named Translational Health Chair in Water at Alberta Innovates – Health Solutions.

One of these pathogens is Legionella pneumophila. When inhaled in water aerosols, these bacteria can cause a range of illnesses from a low-grade fever to severe pneumonia, known as Legionnaires’ disease. Legionnaires’ disease has a mortality rate of 15 to 25 per cent. Even more troublesome is that Legionella species and similar pathogens grow in reservoirs and pipes after water treatment. This makes it difficult to manage risks within existing regulations focused on drinking water treatment.

“Our water systems have operated on a reactive rather than proactive basis,” Ashbolt explains. “Alberta is the first province in North America to implement source to tap drinking water safety plans. This means we can proactively manage risk specific to your system, rather than just respond to standard compliance measurements.”

Even so, Alberta has yet to implement Legionella management plans to reduce outbreaks in hospitals, schools and hotels. Ashbolt’s recent study investigating growth on different pipe materials provides valuable information and was recently published in the International Journal of Hygiene and Environmental Health.

In Alberta, buildings constructed after the 1970s typically contain copper and PVC pipes for hot and cold water. Copper pipes are generally considered good to use within buildings because they are less likely to encourage bacterial growth. Ashbolt’s study confirmed that biofilms (the sticky substance made up of bacterial slime) grow to a greater extent on PVC pipes than on copper pipes.

“Our study also showed that instead of colonizing directly on the surface of the pipe the way scientists had expected, Legionella grow to problematic levels inside certain amoebae. These amoebae appear to prefer copper pipe biofilms, as opposed to PVC pipe biofilms,” Ashbolt says.

Further problems arise because many Legionella bacteria grown in this way are not detected by current testing methods, even though they may still make people sick.

Using this information, Ashbolt is working with the Government of Alberta to develop new ways of testing and managing Legionella and similar bacteria to keep our water safe, particularly recycled wastewaters that are expected to become more common in the future.

But there is still work to do.

Moving forward, Ashbolt aims to fill critical data gaps. He is developing a unique premise plumbing facility on the U of A campus. In it, he will measure environmental pathogens and investigate management options on a scale similar to an individual house. This work will inform building codes and drinking water safety plans to protect the health and well-being of Albertans.

Interested in learning more about water and sanitation systems in Alberta? Join us during Canada Water Week for a public lecture entitled The Water Revolution with Nicholas Ashbolt on Wednesday, March 18, 2015.