Entomologist asking public for help in finding out more about butterflies’ travel habits. 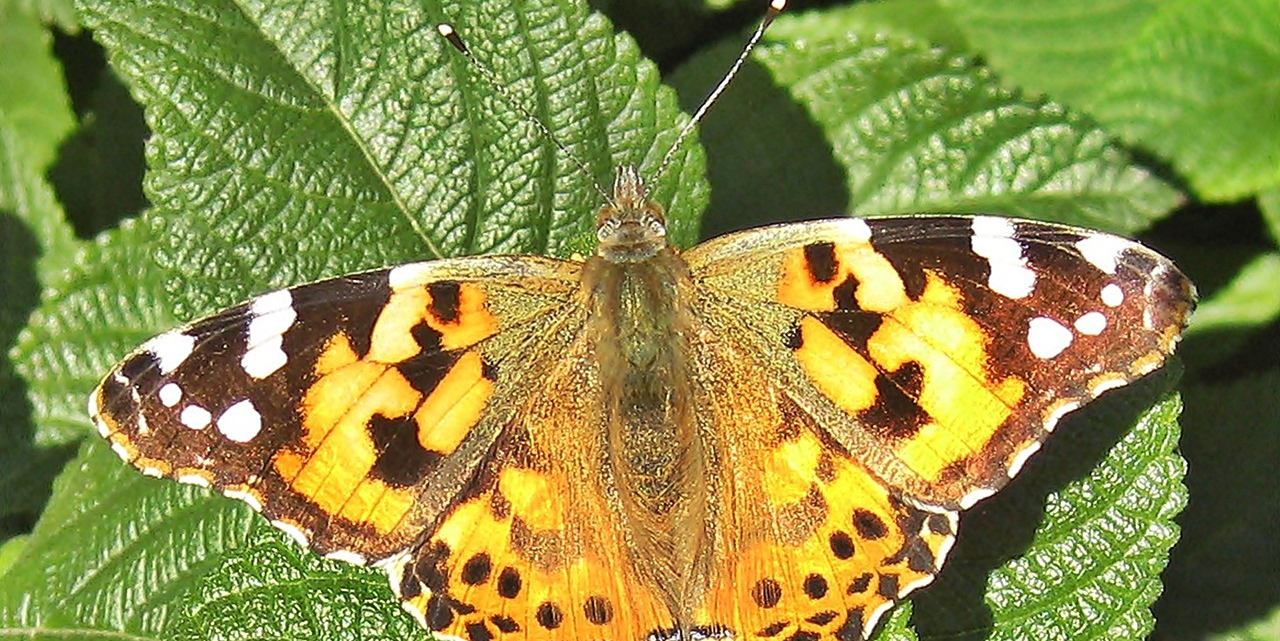 Unusually high numbers of Painted Lady butterflies are expected in our province this summer. A UAlberta entomologist is seizing the opportunity to better track the butterfly's travel habits and is asking the public to help and let him know of any mass movements.

Get ready for the best butterfly sighting in a dozen years as a wave of Painted Ladies streams into Alberta this summer.

“It’s a rare event, like an eclipse. It happens only a couple of times in your life,” said University of Alberta entomologist John Acorn. “They are big and beautiful as butterflies go.”

Sporting bright pinkish-orange, black and white wings, the aptly-named butterfly last appeared in huge numbers in 2005. Acorn expects a similar influx of “really noticeable numbers” starting now and continuing until about the end of the month.

Usually they can be seen here and there, but not in great numbers, said Acorn, the former host of Acorn, the Nature Nut and an avid member of the Alberta Lepidopterists’ Guild who’s been tracking butterfly populations in Edmonton’s River Valley since 1998.

“Let’s say there will be places this year in Alberta where there will be a continual stream of butterflies fluttering across the road and splattering on your windshield.”

The Painted Ladies are already being spotted in large numbers feeding in alfalfa fields in the province’s southern foothills and in west-central Alberta, but they’ll also show up in other parts of the province, Edmonton included.

While they’re here in high numbers, Acorn wants to know more about their travel habits, and he’s asking the public to help find out more about this jewel of an insect. During their last mass visit 12 years ago, he noticed that Painted Ladies moved around as a huge group with no apparent rhyme or reason.

“They’d all go in one direction one day and a different direction the next day. Why do they do that? We don’t know if they’re influenced by wind direction, time of day, whether they follow roads or rivers.”

This year, he’s not missing the chance to study that phenomenon and has a student conducting field research. He’s also hoping the public will report any mass movements they see by contacting him at jacorn@ualberta.ca.

“It’s an opportunity to document their migration patterns and perhaps map them out,” he said.

The Painted Lady lives almost everywhere except Antarctica, but breeds primarily in the warmer embrace of the southern United States and Mexico, and rarely reach the high numbers needed to allow successive generations to move North. Heavy winter rain in the desert likely beefed up their food supply and gave the population a boost this year, he said.

Beautiful and ‘tough as nails’

There’s a lot to love about this butterfly besides its good looks, he said. “They are tough as nails.”

Bedraggled and sun-faded by the time they arrive here, they lay their eggs in thistle plants—also a favourite food—and a vibrant new generation emerges from the caterpillar and chrysalis stages.

The 45 species of butterflies Acorn has documented locally pale in comparison, he added. “Most of them are smaller and less snappy than the Painted Lady.”

With a thick, muscular body, the Painted Lady is athletic despite its dainty looks, he noted.

“They’re fast fliers, they chase each other,” even managing to elude hungry birds, thanks to the fake ‘eyes’ that are part of their markings. “Birds try to peck those eyes instead of the body and all they get is a beakful of wing.”

The best place to spot them is in a blossom-heavy environment like the U of A Botanic Garden, or even in your neighbourhood dandelion or daisy patch where they like to feed on the nectar, Acorn suggested.

“Get to a place where there are lots of flowers.”

Acorn said he expects them to stick around into early October before winging their way back south.