Earth and its lunar companion are getting closer together for the holidays. Here's how to get the best view. 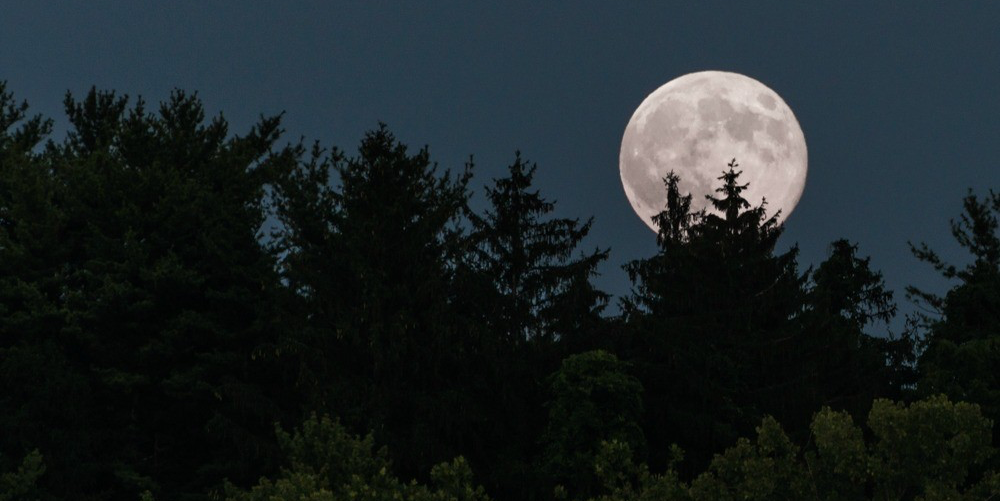 The sky above Edmonton will light up like a giant Christmas ornament on Dec. 13, thanks to the last supermoon of the year. And if you look closely enough, there’s lots to see, says a University of Alberta stargazing expert.

“I like to tell people to go look at the supermoon,” said Sharon Morsink, an astrophysics professor who leads outreach programs at the U of A Astronomical Observatory. “It’s nice to look at and a way to remember that there are other things out there besides Earth. It’s our companion in space.”

Most visible in all of its shining mother-of-pearl glory from Dec. 11-15, the supermoon—so called when its elliptical orbit puts it closer to Earth—will be about 25,000 kilometres nearer to our planet than usual. And that gives the moonstruck a chance to really explore its 4.5-billion-year-old craggy face, which has a lot to offer when you get familiar with its nooks and crannies, Morsink said.

“It’s always got one side facing us, so it’s easy to really look at the markings.”

Using a moon map can help bring features into focus, she added.

“You can see craters from where meteorites hit the moon, there are dark spots from old lava flows, and if you look for a while, you can see rays emanating from larger craters, and even faces—you definitely have to use your imagination, like looking at the clouds.”

This supermoon is the third one of 2016, after making luminous appearances Oct. 16 and again Nov. 14, when it was the closest full moon of this year and also the closest to date in the 21st century.

One of the best times to view the final supermoon of 2016 is between 5 and 6 p.m., as the sun sets and the moon begins its ascent.

“The moon looks most interesting when it’s low in the sky and you can compare it with other things around it, like buildings or trees—it looks a lot more interesting. And when it’s low on the horizon, it will have a nice orange colour.”

Though the moon can be viewed from anywhere, Morsink suggested checking out the pedestrian walk on the east side of the High Level Bridge or lookouts in the river valley for the best unobstructed views.

“It’s better off to be high up to see the horizon during moonrise.”

Though the supermoon won’t be as close to Earth again as it was last month until 2034, there is still an opportunity to catch the next one in December 2017, Morsink said. Meanwhile, anything that gets the starstruck looking up is great, she added.

“What’s most important about this supermoon is that it captures the imagination and gets people looking at the stars, the sky. And it’s so easy to look at.”