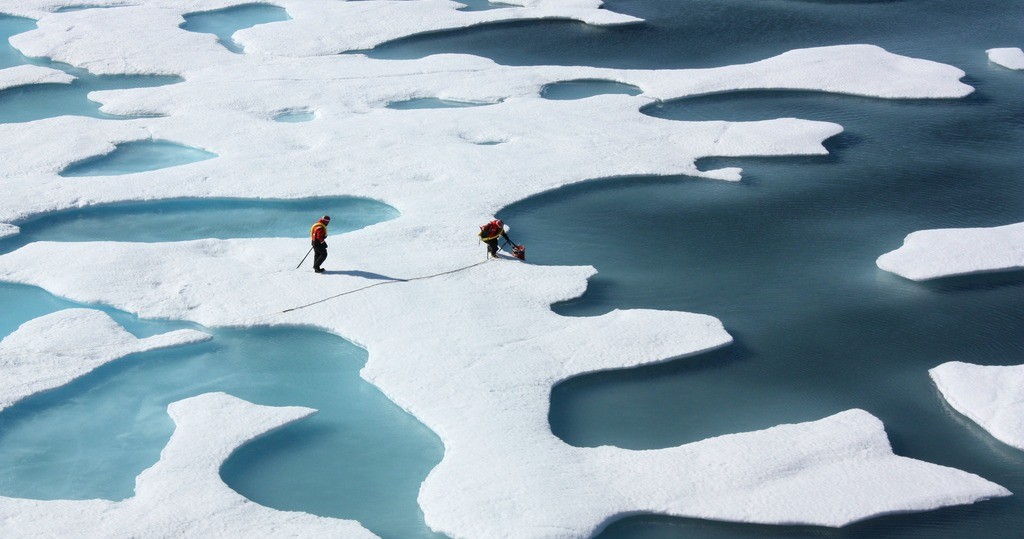 UAlberta North aims to connect the diverse expertise of more than 100 northern researchers at the university with educators, governments and communities. (Photo: NASA/Kathryn Hansen, shared under Creative Commons licence)

The University of Alberta is doubling down on its commitment to the North with a new office dedicated to bringing together researchers, educators and northern peoples.

UAlberta North replaces the Canadian Circumpolar Institute with a refreshed mandate, according to director Roger Epp. Though not formally a research institute, as was CCI, the new unit will “facilitate research and build profile for that work.”

"We don't have research projects of our own, but are looking to facilitate large-scale collaborations by building a community of researchers across the university,” he says, adding that the office will also serve as an information hub and make it easier for students to study in the North.

“We want to be tightly aligned with university leadership to realize opportunities. But we also want to speak for the university when we are in northern communities, doing some of the diplomatic relationship-building.”

UAlberta North will officially launch Feb. 1 at the TELUS Centre, with remarks by U of A President David Turpin and representatives of local, provincial and federal governments.

"On several fronts, the U of A is leading the nation and world in northern research, in teaching and in building lasting partnerships into northern communities," says Turpin. "UAlberta North is the next chapter in that proud history."

The launch event will also feature a throat-singing performance, a panel discussion on Indigenous knowledge and western science, and the screening of a new, prize-winning documentary film, Paddle for the North, involving a student, Gabe Rivest, in the university’s collaborative BSc program with Yukon College in Whitehorse.

The U of A has been involved in a myriad of projects across the circumpolar North almost since its founding, says Epp, but it has not always been apparent to everyone just who is doing what, and so opportunities for collaboration have been lost.

There are now more than 100 professors at the U of A who call themselves northern scholars, in fields as diverse as ecology, anthropology, climate and climate-change adaptation, cross-cultural medicine, design, environmental impact, food security and nutrition, ice and water, Indigenous knowledge, Inuit literatures, library and information studies, outdoor education, polar bears, public health and Scandinavian studies.

Along with forging links among researchers, the new unit aims to foster relationships with colleges, governments and peoples of the North to increase educational opportunities and allow for a more inclusive dialogue, one that honours Indigenous knowledge. A number of faculties already have established and successful relationships with colleges in the Northwest Territories and the Yukon, and hope to build on that foundation.

The timing of the refresh couldn’t be better, says Epp. The U of A recently acquired the national ice core archive from the federal government—set to arrive late next year—and just launched a massive open online course on the Arctic in collaboration with the University of Tromsø in Norway and the University of the Arctic. It also formed a partnership with the City of Edmonton and the Edmonton Chamber of Commerce last fall to strengthen ties to the North, called the Northern/Circumpolar Initiatives Secretariat.

The Faculty of Science has had a summer field program in the Northwest Territories for 13 years, and in the summer of 2014 the U of A’s renowned Play Around the World program placed students in the N.W.T. for the first time. The university also has a memorandum of understanding with the University of Greenland.

The Canadian High Arctic Research Station in Cambridge Bay, Nunavut, will open in 2017 to advance Canada's knowledge of the Arctic and strengthen Canadian leadership in polar science and technology, which is certain to present new opportunities for U of A researchers, says Epp.

Epp notes that, under the direction of the provost, UAlberta North will be more closely aligned with university leadership and its overall strategic plan, currently being drafted by President David Turpin and Provost Stephen Dew.

"It's really important that we entrench our northern focus as part of the core identity of the university. And I think the name helps us do that. We are now clearly identified with the University of Alberta.”

The launch of UAlberta North takes place Feb. 1 at 4 p.m. in TELUS Centre and is open to the public.